*Update for the 2015 Solicitation 2: The SCGSR program is now open to graduate students with Permanent Resident status, in addition to U.S. Citizens, who meet all other eligibility requirements.

Detailed information about the program, including eligibility requirements and access to the online application system, can be found at: http://science.energy.gov/wdts/scgsr/ 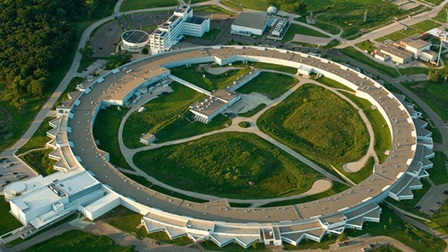 The SCGSR program supports supplemental awards to outstanding U.S. graduate students to conduct part of their graduate thesis research at a DOE national laboratory in collaboration with a DOE laboratory scientist for a period of 3 to 12 consecutive months with the goal of preparing graduate students for scientific and technical careers critically important to the DOE Office of Science mission.

The SCGSR program is open to current Ph.D. students in qualified graduate programs at accredited U.S. academic institutions, who are conducting their graduate thesis research in targeted areas of importance to the DOE Office of Science. The research opportunity is expected to advance the graduate students' overall doctoral thesis while providing access to the expertise, resources, and capabilities available at the DOE laboratories. The supplemental award provides for additional, incremental costs for living and travel expenses directly associated with conducting the SCGSR research project at the DOE host laboratory during the award period.

The Office of Science expects to make approximately 50 awards in 2015 Solicitation 2, for project periods beginning anytime between June 1, 2016 and September 30, 2016.

The 2014 program solicitation and the 2015 Solicitation 1 have resulted in awards to a total of 112 graduate students from more than 50 different universities to conduct thesis research at 15 DOE national laboratories.

The SCGSR program is sponsored and managed by the DOE Office of Science?s Office of Workforce Development for Teachers and Scientists (WDTS), in collaboration with the six Office of Science research programs offices and the DOE national laboratories, and the Oak Ridge Institute of Science and Education (ORISE).