PDF version
Samuel in the CienciaPR retreat showing the Puerto Rican flag that accompanies him to all his labs.

It is said that opportunity favors the prepared. I know this is true because a golden opportunity to use my science background to benefit Puerto Rico knocked on my door and I was not ready.

Ciencia Puerto Rico started in January 2006, from the vision of Daniel Colón Ramos and the coding of David Craig. Only two months later, I heard about the online portal for the first time through a mailing list for “boricuas” at the University of California, Berkeley.  I immediately filled out my online profile and told all my Puerto Rican graduate school colleagues studying in the mainland US about the site.  During CienciaPR’s first year, I met Daniel at a party in his apartment in the Mission district of San Francisco (the Latino district).  A golden opportunity to get involved in a highly innovative project for Puerto Rico, right? What did I do?

My lack of action was due to a mental hurdle which did not allow me to see the opportunity I had in front.  I did not conceive that I could make a contribution to Puerto Rico using my work as a scientist.  I was not a doctor or an engineer.  I did not study biomedicine, nor did I have any patents.  I did basic science.  Specifically, I studied the evolution of social behavior, which in practice meant that I conducted detailedstudiesof the sex life of some really tiny monkeys in the forests of Panamá.  I always knew that basic research was valuable to science and that it would yield benefits to society in the long run, no matter how fundamental and removed from immediate practical application it seemed.  I just didn’t know how I could use the knowledge I had gained to contribute to Puerto Rico today.

Ciencia Puerto Rico gave me the answer.  And completely changed my perspective.

I continued to follow CienciaPR and little by little I started to realize the potential of this community that Daniel and other volunteers had created from the ground up.  CienciaPR showed me that I could contribute to Puerto Rico through my science by using the knowledge and tools I had gained during my studies.

So when the second opportunity came… I was prepared.

In August 2009, a call for essays for the book Ciencia Boricua was sent out by Wilson González Espada.  At that moment I was ready and determined not to waste a second opportunity to contribute to science and Puerto Rico.  So I submitted two essays to see if they were selected for the book.  In January 2010, during the 4th year of CienciaPR, I received an email telling me that both of my essays had been accepted.  In 2011 the book was published.

Something happened when I had the book in my hands: when I heard the reaction to the book in Puerto Rico; how quickly the first edition was sold out; how it had a great reception from science teachers who were using it in the classroom; how students from the schools of Puerto Rico read my essays and reacted critically to them.

Those experiences marked me.  There was no doubt in my mind that I had made a contribution to a very important and innovative project. And I wanted to keep going. I wanted to give more.

So in May 2011, I sent an email to Daniel and I told him I wanted to get involved and help CienicaPR on a more regular basis. Daniel referred me to Greetchen Díaz Muñoz, who was our volunteer coordinator at the time, and I started to work on the events calendar.

As soon as I started working on the calendar, there was an increase in the number of events submitted.  But this growth was organic, without much promotion or effort on my part.  It was clear that there was the need for a centralized resource to share and disseminate information on events related to science and Puerto Rico.

Over the years I have worked as a volunteer I have been able to contribute to various CienciaPR initiatives.  Among others, I wrote one of our monthly cover stories with our vice director and editor in chief, Mónica Feliú Mójer.  I also contributed articles for the popular press highlighting and communicating “boricua” science;  I helped to coordinate, with Greetchen, the Puerto Rico Microbiology Mixers at the annual meetings of the American Society for Microbiology; and I helped to write an article describing CienciaPR and its initiatives in PLoS Biology, a high impact scientific publication.

But my primary focus and interest as a volunteer has been to get the resources to help CienciaPR grow and develop in a sustainable way.  Early on in my volunteer experience, the CienciaPR Team, in particular executive director Giovanna Guerrero Medina, Mónica and Daniel, gave me the opportunity to use my grant writing skills to help the organization submit its first federal grant application to the National Science Foundation. Although this first proposal was not successful, it was used as a starting point for a second successful grant proposal to the National Institutes of Health, which currently funds the Yale Ciencia Academy. 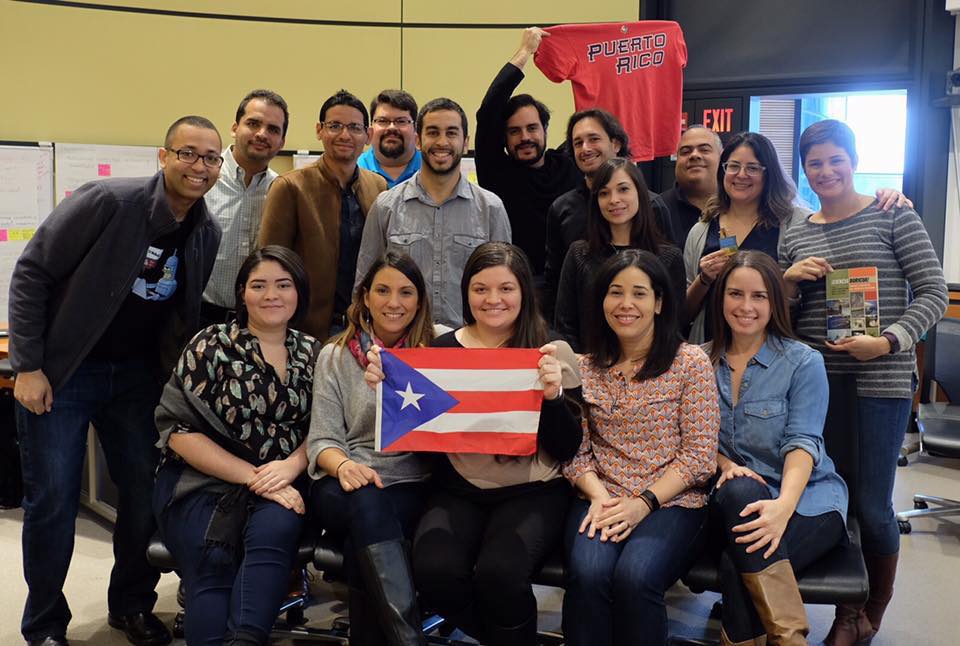 It has been a true privilege to work with CienciaPR and with all the Team.  Each and every one of them is an exceptional person, with boundless talent and passion. They have taught me that I can contribute to the people of my nation no matter where I am and that I can do so using my experience as a scientist, one of my greatest passions.  This experience has transformed me as a person, a professional, and a Puerto Rican.

I am writing these lines just after attending Ciencia Puerto Rico’s recent strategic planning retreat (end of March) which was part of our activities celebrating the organization’s tenth anniversary. We’re coming on strong in the next ten years, putting our powerful scientific network to work to make science education better in Puerto Rico and throughout our extended homeland around the globe.

Don’t miss an opportunity like I did.  Make your profile, follow us on socialmedia, volunteer or donate to make sure that in the next ten years CienciaPR continues to contribute to the growth and development that Puerto Rico needs so much these days.  It’s never too late to contribute to Puerto Rico through science!

WHAT IS COVID-19 AND WHY HAS IT RECEIVED SO MUCH ATTENTION?
END_OF_DOCUMENT_TOKEN_TO_BE_REPLACED