In 1974, a young astrophysics college professor sent his even younger doctoral student to spend several weeks in Arecibo, a city some 50 miles west of San Juan, the capital of Puerto Rico. This northern city is the site of the world's largest single-dish radio telescope, known as the Arecibo Observatory.

Dr. Joseph Taylor and his student, Russell Hulse, were on the hunt for pulsars, rotating stars made up of neutrons that send out beams of electromagnetic radiation in a pulsating fashion similar to the lights of an ambulance. Using the Arecibo Observatory, Hulse could scan the skies for pulsar signals. The research was essential for his doctoral dissertation, under the mentoring of Dr. Taylor.

After weeks of identifying new pulsars, one signal in particular struck them as strange. The data suggested a pulsar but the signal did not have the typical periodicity characteristic of these stars. As they continued to observe it, it became clear that this was a whole new type of astronomical body.

On January 15, 1975, they published in “Astrophysical Journal” their account of PSR 1913+16, the first observation of a binary pulsar. In 1993, Dr. Hulse and Dr. Taylor won the Nobel Prize in Physics for their discovery, which had turned out to have enormous implications for astrophysics and the theory of general relativity. This was also one of the first Nobel Prizes with a Puerto Rican connection. 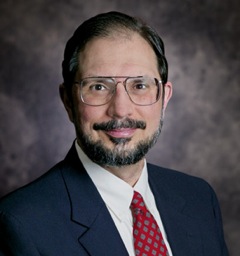 In October 2013, it was 20 years since Drs. Taylor and Hulse received this most prestigious award in science. This year also marks the 50th anniversary of the Arecibo Observatory. To celebrate these milestones, Dr. Joseph Taylor shared some of his anecdotes with Ciencia Puerto Rico. The astrophysicist talked about his background, professional life, experience in Arecibo, and his advice to young scientists. 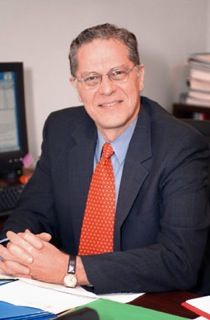 CienciaPR: How did you become interested in science? In astrophysics? In pulsars?

Dr. Taylor: I had an early interest in gadgets and machines, and especially radios.  While in middle school, I learned Morse code and became an amateur radio operator.  As an undergraduate, I built a working radio telescope, and this experience encouraged me onward to graduate study in astrophysics.  The discovery of pulsars was announced just two weeks after I had defended my PhD dissertation, so I was able to start studying them as part of my first post-doctoral job.

CienciaPR: As an undergrad or graduate student, who became an important mentor in your academic life? How did this person (or persons) help you succeed in college?

Dr. Taylor: Two physics professors, Fay Ajzenberg-Selove and Thomas Benham were especially helpful to me in undergraduate years at Haverford College. Fay persuaded me to change my major from mathematics to physics, and Tom supervised my radio telescope project as a senior thesis.  My graduate supervisor was Alan Maxwell.  Of the many things I learned from Alan, probably the most lasting gift was an appreciation for the importance of good scientific writing.

CienciaPR: Describe the relationship between you and your mentees, including Dr. Hulse, in the 1970s. What actions did you take to make sure your own students were successful?

Dr. Taylor: Russell Hulse was my very first PhD student.  We worked closely together from the start, meeting nearly every day and discussing progress on the apparatus we were building to use for a pulsar search at Arecibo Observatory.  Over the years since then, I've supervised about forty more PhD students, and nearly always we have worked together in similar ways.  I worked together with the students to set challenging but achievable goals for their projects, and I encouraged them not to be afraid to re-define those goals along the way, when unexpected opportunities arose.

CienciaPR: Describe the field of pulsar astronomy in the late 60s and early 70s. What were the main research questions at the time?

Dr. Taylor: Pulsars were discovered in late 1967, and their characteristics came as a complete surprise.  The first natural question was "What are they?" -- and within about a year it became clear that they must be neutron stars, first hypothesized in the 1930s.  For some years the main observational questions had to do with the many complexities of their radio signals -- pulse shape, polarization, amplitude variations, detailed timing measurements, and so on.  Theoretical questions were concerned with the physical structure of neutron stars, behavior of their magnetospheres, and how they must evolve from ordinary stars.

CienciaPR: What were your first impressions about Puerto Rico and Arecibo?

Dr. Taylor: I quickly learned why it's called ‘La Isla del Encanto’ -- the island is beautiful, and its people are friendly and gracious.  I also learned to beep the horn at every sharp curve on the twisting, winding road from Arecibo to the Radiotelescope.

CienciaPR: How important was the Arecibo Observatory in your discovery of binary pulsars?

Dr. Taylor: For half a century the Arecibo Observatory has been the largest, most sensitive radio telescope in the world at the radio frequencies where pulsars are best detected.  No other instrument was capable of making that discovery in 1974.

CienciaPR: Did you work with any Puerto Rican scientists during your time at the Arecibo Observatory? If so, describe the experience.

Dr. Taylor: Arecibo Observatory is operated as a national facility -- a resource open to visiting scientists on a peer-reviewed competitive basis. After applying for and having been granted some "telescope time", visiting scientists carry out their own projects, as we did.  Of course, we did so with the enormous benefit of support from Observatory staff members -- scientists, engineers, electronics, technicians, telescope operators, office, and cafeteria staff.  Many of these people were essential to our work.

I clearly remember our first encounter with Miguel Feyjóo, who was then head of the Observatory's Electronics Department. Miguel was an extraordinarily capable engineer.  He was also a fearsome presence in the control room -- or so it seemed to us when we first arrived there, in 1972.  At the time I was 31 years old, Hulse in his early 20s.  We had just wheeled the heavy shipping crate for our pulsar-discovering equipment into the control room, and were going to start opening it when Feyjóo roared “what’s that doing in here?!” We made some suitably meek and apologetic noises, asked permission for some temporary space in a corner of the control room, and hoped for the best.  Miguel became a very helpful supporter of our project.

The Arecibo Observatory is a very valuable tool for astrophysics. 2013 marks 50 years of its foundation. Video: SistemaTV-SETI

CienciaPR: What went through your mind when you noticed that the pulsar data was not what you expected? Describe other hypotheses that you had to reject to reach the "eureka moment" and finally feel comfortable saying, "this is a binary pulsar."

Dr. Taylor: Unlike all of the other new pulsars being discovered in Hulse's thesis project, this one candidate seemed not to have a constant pulsation period. Measurements on successive days showed slightly different pulse intervals, leading us to suspect interference from some machinery or other man-made source.  But moving the telescope pointing slightly away from the candidate source position established that the signal was definitely astronomical.

CienciaPR: Did you realize at the time what your discovery meant for the detection of evidence of gravitational wave emissions and Einstein's theory of general relativity?

Dr. Taylor: It took two weeks of daily period measurements to persuade us that we were seeing Doppler shifts caused by the pulsar's orbital motion about another object. Astonishingly, we calculated the orbital speed to be about 300 km per second, one-tenth of one percent of the speed of light!  We knew then that relativistic gravitational dynamics would be an important consideration. Suggestions about the possibility of detecting effects of gravitational waves began circulating at the same time.

CienciaPR: How important was your mentor relationship with Russell Hulse for your achievement?

Dr. Taylor: I think a mentor is best when available but not in the way.  For weeks at a time, Hulse was on his own, doing his observations with the Arecibo telescope while I was teaching my classes at the University of Massachusetts.  We talked over a radio link fairly often.  Our project was successful because we worked together well, whether in close proximity or not.  And Hulse was rapidly developing into an independent scientist, in his own right.

CienciaPR: How did the data collection process in pulsar astrophysics change between the 1970s and the present?

Dr. Taylor: Our project was one of the first to use a so-called "mini-computer" as a data-acquisition device for pulsar studies.  I had developed the necessary techniques in earlier pilot studies done at the National Radio Astronomy Observatory, in West Virginia.  By today's standards, our computer was huge, massive, slow, and clumsy – with less computational power than in today's mobile phones.  But it was a large

step forward at the time, and the techniques we pioneered have since been used to discover most of the nearly 2000 known pulsars.

CienciaPR: Does the Arecibo Observatory still play an important role in astronomical and atmospheric research? Why or why not?

Dr. Taylor: The Arecibo instrument remains the telescope with the world's largest collecting area.  Over its full range of frequency coverage, it still is the instrument of choice whenever maximum sensitivity is the principal goal.

CienciaPR: In what research projects are you currently involved?

Dr. Taylor: I am no longer doing original scientific research; instead I am cheering on my younger colleagues.  I have enjoyed bringing some new ideas on detecting and decoding very weak signals into the hobby of amateur radio, based in part on my scientific work with weak pulsar signals.

CienciaPR: From your perspective, what are some of the main theoretical and experimental issues in pulsar astrophysics that are still in need of answers?

Dr. Taylor: We still don't understand the details of how pulsar radio emission is generated, presumably by electro-dynamical processes in their magnetospheres. We don't know for sure what sets limits on the stability of pulsar spins -- any why they occasionally suffer abrupt changes.  And we don't know whether "pulsar clocks" will turn out to be reliable enough, and adequately measurable, to let us directly detect the low-frequency gravitational waves that might be still rattling around in the universe, as a relic of the big bang.

CienciaPR: Have you continued to visit Puerto Rico for work or for leisure?

Dr. Taylor: My wife and I always enjoy our visits to the island.  One of our most recent trips involved a leisurely circumnavigation by automobile, staying at half a dozen different ‘paradores’ [hostels] along the way.

CienciaPR: What kind of advice would you give to young scientists?

Dr. Taylor: I often repeat to students: Don't be afraid to change your mind, when something new and exciting comes your way.  When you smell something interesting, follow your nose!

Arecibo Observatory will face economic challenges in the near future

Arecibo observatory one of a kind

WHAT IS COVID-19 AND WHY HAS IT RECEIVED SO MUCH ATTENTION?
END_OF_DOCUMENT_TOKEN_TO_BE_REPLACED