Professor Idalia Ramos knew at an early age that her main interest was science: "My parents were teachers, and in particular, my father was a science teacher”. Born in a rural area in Barranquitas, Puerto Rico and in a family where both parents were educators and activists in the community, Ramos read a lot and always had an interest in math and science.

Idalia began her education at the small and humble school of her local community. She later attended the Second Quarter Unit at Palo Hincado and the Vocational High School at Barranquitas. Her interest in studying science was evident, but she remained uncertain about which field to choose for her career. Although she did not know it at the time, one of the courses that would most influence her future was a high school elective elective course in electronics that included a laboratory portion.  Currently, Ramos teaches the Electronics Laboratory at the University of Puerto Rico at Humacao (UPR-Humacao) and her research focuses on the development of nano-electronic devices.

In 1983, Professor Ramos completed her studies at the University of Puerto Rico at Río Piedras (UPR-RP) with a degree in physics. In her sophomore year at UPR-RP, she began to do research with Dr. Jorge Santiago. Idalia described her experience, and her words are a motivation for any student: "In academia you do not lose your connection with good mentors because that relationship will persist long after graduation”. Working with Dr. Santiago steered her career in an unexpected direction and allowed her to pursue graduate studies at the University of Pennsylvania (UPenn), in Philadelphia, where Dr. Santiago relocated in the early 80's. This collaboration evolved into a long-term relationship that resulted in the development of the PENN-UPR Partnership for Research and Education in Materials (PREM) program, which currently impacts many Puerto Rican students.

After completing her bachelor’s degree, Ramos completed a masters in electrical engineering at the University of Pennsylvania (UPenn) (1987) and a Masters in physics from Purdue University in West Lafayette, Indiana (1992).

While attending college and graduate school, Ramos encountered difficulties for being a woman in male-dominated programs. She recounts that she never had a female teacher in her physics and electrical engineering courses and that she was the only woman in most of her courses. These experiences lead Ramos to work on improving the situation of women in physics. She returned to Puerto Rico in 1993 and started her current job at UPR-Humacao.

Professor Ramos has been at UPR-Humacao for over 20 years and her contributions have been greatly noticed. Upon her arrival at UPR-Humacao her goals were clear: to train more students for research careers in materials science by providing mentoring and research opportunities in and outside of Puerto Rico. In 1999, she had the opportunity to advance on that agenda with the funding of the Collaborative to Integrate Research and Education (CIRE) project between the UPR-Humacao and UPenn. The CIRE project was born when the National Science Foundation (NSF) became interested in creating programs of research and education between minority serving schools and large research universities. With CIRE, the faculty at UPR-Humacao established research collaborations with UPenn, developed better facilities for research and created new opportunities for students. One of the great successes of CIRE was having as partner and collaborator the Nobel Prize winner in chemistry Dr. Alan MacDiarmid. After winning the Nobel Prize in 2000, MacDiarmid volunteered to give his first seminar at UPR-Humacao.

By 2004, CIRE no longer existed, but the Materials Division of the NSF created a new program with the same characteristics called Partnership for Research and Education in Materials (PREM). The joint group at UPR-Humacao and UPenn submitted a competitive grant and was successful in obtaining the funds. Since then PREM has strengthened physics education at UPR-Humacao and took science outside the university. In 2007, PREM revolutionized science and research in the town of Humacao with the presentation of the Strange Matter Exhibition at Casa Roig Museum, which was visited by over 6,000 people.

According to Ramos, PREM has surpassed its goal of increasing diversity in materials science and she states, "We have redefined what is diversity, because in Puerto Rico almost everyone qualifies as minority, but our great achievement has been to increase the participation of women and students from disadvantaged backgrounds in physics and mathematics. Many of these students come from poor communities and in some cases they are the first in their families to attend college”. At present, PREM has been serving students for 10 years with very successful results.

Since arriving at UPR-Humacao, Professor Ramos has also developed projects to increase participation of women in physics and other sciences. Some of the early projects she pioneered included seminars on the history of women in science and summer workshops. A very successful project established by Idalia was a workshop that combined discussion of gender issues along with teaching students how to use tools and electronic instruments. In addition to increasing gender diversity physics and engineering, in the year 2001 Ramos brought to UPR-Humacao the NSF ADVANCE program aimed at changing the status of science women faculty. This program was another great achievement for Idalia, because out of the nine universities that received funding in the first group, UPR-Humacao was the only small undergraduate institution. The ADVANCE program helped change the policies of faculty recruitment on campus, helping to attract and retain new professors. In addition, ADVANCE helped establish the Faculty in Training program for undergraduate students interested in becoming faculty. Some of the graduates of the Faculty in Training progroam are now professors at the UPR. 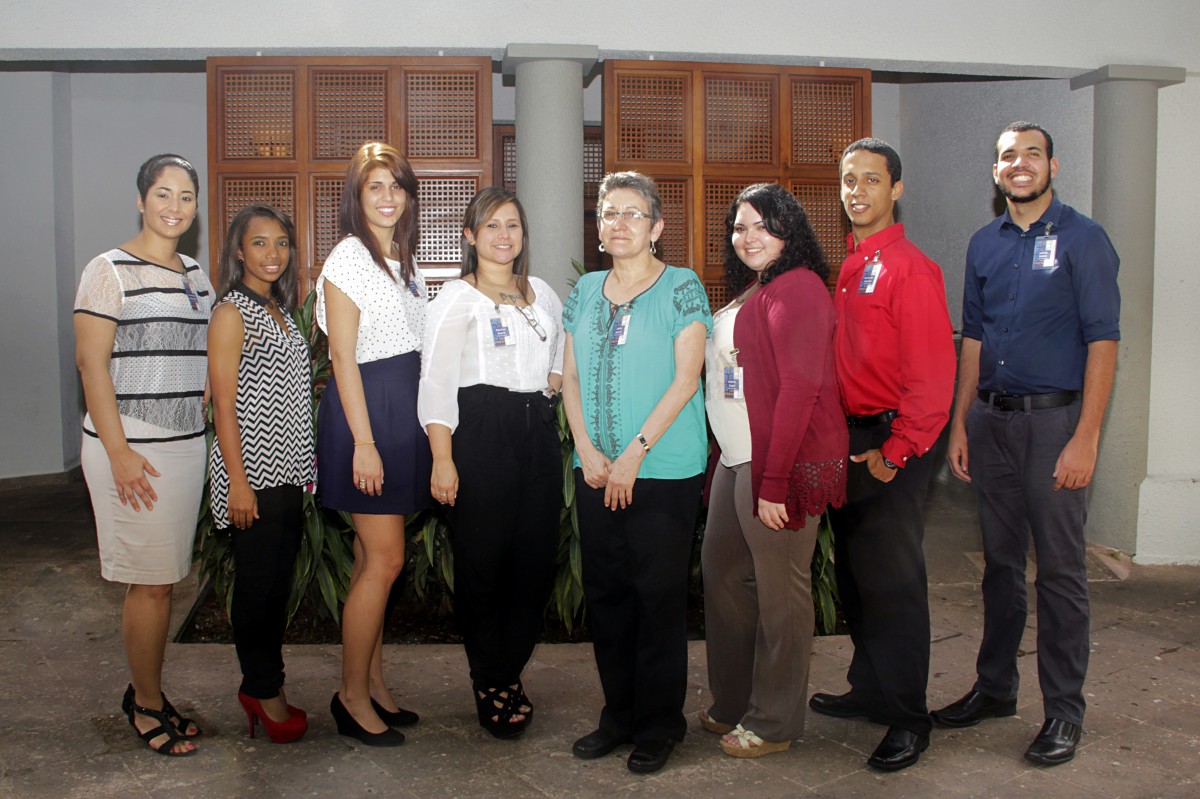 Currently, Professor Ramos has not only implemented large projects that have changed the lives of many college students, but has also served as a mentor to a number of high school, undergraduate, and graduate students and postdoctoral trainees, demonstrating that at the end of the day, her greatest satisfaction is to encourage and support students. Professor Ramos advises students who are just beginning their career to "Choose the right university and find a department that, in addition the scientific prestige, has a diverse faculty with good mentors that will help you succeed. Establishing this support network as early as possible will have remarkable impact in your undergraduate career”.

If you wish to learn more about Prof. Ramos, visit her CienciaPR profile.

Letter to my younger self: What do you do when you don’t know what to do?

WHAT IS COVID-19 AND WHY HAS IT RECEIVED SO MUCH ATTENTION?
END_OF_DOCUMENT_TOKEN_TO_BE_REPLACED