PDF version
Dr. Ubaldo Córdova wants to make sure that young scientists and faculty in Puerto Rico have a support system for professional development.

Dr. Ubaldo M. Córdova knew from a very early age that he wanted to be a scientist. He confirmed this thought when he had to complete a special project for his geography class in high school. For this project, a shy and introvert Ubaldo, built a geography map of Puerto Rico. He designed a very precise map that marked the Island’s municipalities using colorful sand. Based on the sophistication of his design- where the different colors of sand did not mix and every piece fit perfectly- his teacher told him that he would become an engineer.

His innate interest to solve the complex problems of the Universe led him to study chemical engineering. In his words, “chemical engineering allows the integration of all natural sciences in an organic way.” For this reason he completed his bachelor’s degree in chemical engineering at the University of Puerto Rico , Mayagüez (UPRM). Although at that time the UPRM was not considered an important engineering research center, Ubaldo found a way to get involved in several engineering related projects. His biggest accomplishment was to lead a group of engineers to participate in the Décalo Solar competition sponsored by the Department of Energy. In addition, this group gave him the chance to learn about other areas related to engineering. These activities as a leader were the turning point that made him decide to pursue a doctorate in engineering, related to mass conservation, energy and fluid mechanics.

In 2003, after graduating from UPRM, he received the UPR Presidential Fellowship. This fellowship was given to undergraduate students to cover the cost of their doctoral studies, under the condition of returning to Puerto Rico after degree completion. He decided to join the graduate program in Chemical Engineering at the California Institute of Technology (Caltech), in Pasadena. “I got to Pasadena, not knowing what to expect. I had been in California only once before”, and the culture shock became evident. There were only two other Puerto Ricans studying there. The student population was predominantly white; that is why he created a Puerto Rican hub with his colleagues, to discuss science and talk about Puerto Rico. He still has a strong network of colleagues from those years; due to some of the barriers he faced, he became very close with his peers and his Ph.D. advisor Dr. John F. Brady.

Dr. Córdova’s doctoral research focused on understanding the nano- and micro-propulsion mechanisms underlying chemical reactions. These systems have the potential to be used in medical applications and in the design of smart materials. In the future, these systems, that have an autonomous movement at a scale hard to perceive by the human eye, could be employed in the creation of nanorobots that can then be used to eliminate cancer cells from the human body. This new line of basic research in complex fluids brought him back to the UPRM, this time as faculty. 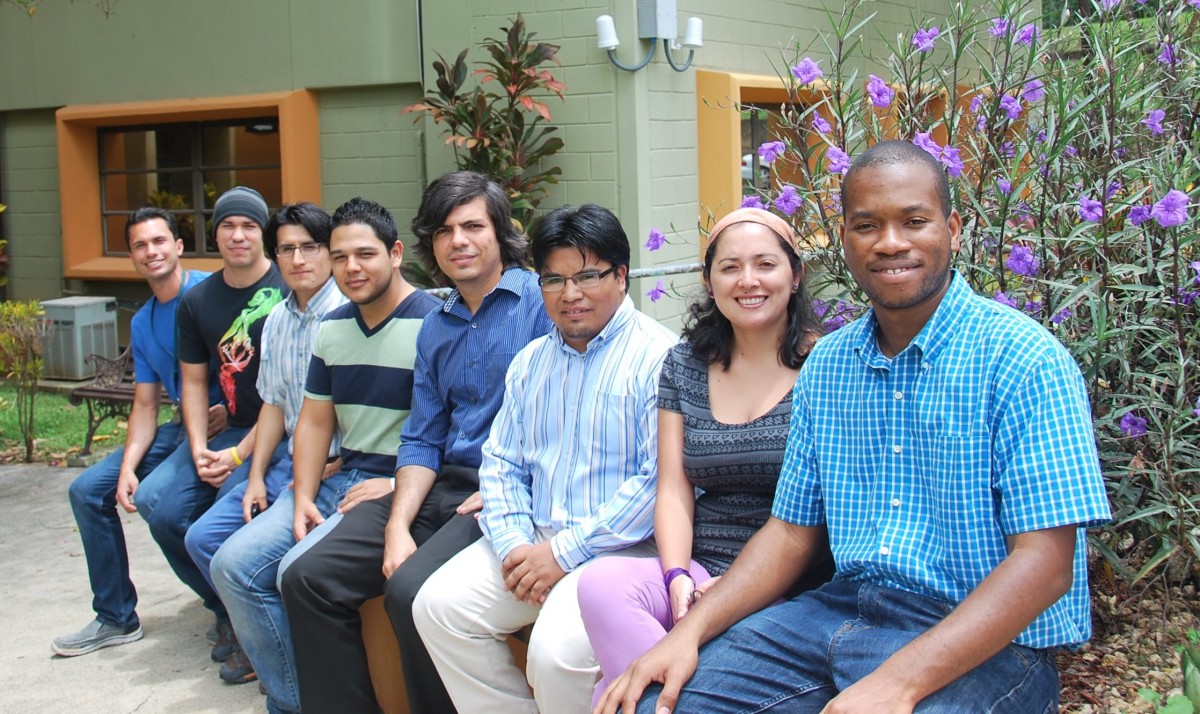 The first years as a professor at UPRM were complicated. The research culture at the university was still growing, and this presented some unexpected obstacles. In the previous years, the Chemistry Engineering Department had attracted diverse faculty and the increasing sense of competitiveness in the department was palpable. This environment allowed Dr. Córdova to explore different research subjects, recruit graduate students and develop new initiatives within the Department. Dr. Córdova, who was bringing a new emergent line of research based in fundamental theory concepts, injected new strength to the Chemical Engineering Department.

Guided by his colleagues, Dr. Córdova spent the first few years writing and submitting federal proposals. “All were declined”- he remembers. Then, he decided to invest in his professional development by attending workshops, conferences and visiting other institutions. During this process he developed the ideas to submit a proposal to the National Science Foundation. The scientific merit, the quality of the proposal and the relevance of this emergent field got him his first grant as a principal investigator: the NSF CAREER award.

This prestigious and competitive award is given to young professors that have the highest merits in education, training and teaching in specific areas. In Puerto Rico there have been only a few CAREER awards, but Dr. Córdova’s is the first one in nanoparticles theory. With this grant, Dr. Córdova is investigating the collective behavior of nanoparticles suspended in fluids with propulsion capabilities. The main goal is to develop smart materials for applications in the nanotechnology field.

Thanks to the exposure and collaborations with other institutions, he discovered the importance of a support system for faculty professional development. Indeed, in 2011 he founded the Research Academy for Faculty and Postdocs, in collaboration with coordinator of the Professional Development Center, Dr. Carmen Bellido. This initiative provides workshops, professional development and peer mentoring for professors and postdocs that conduct research at UPRM. As he explained: “The program has been very successful. Nowadays, we have 15 mentees, that have received workshops about time management, grant writing, external funding and information about the institutional internal policies, among other areas, as well as mentorship from senior professors”. This academy has revitalized many researchers at UPRM, bringing energy, camaraderie and a discussion forum among the research community.

In addition to coordinating the Academy, Dr. Córdova has developed research methods and strategies to strengthen the basis of the research culture among undergraduate students. In collaboration with Dr. Patricia Ortiz, he has designed guides about how to get strategically involved in research. These guidelines are designed by phases, following the structure of a class or a curriculum.

Recently, he was recognized as Distinguished Professor of Chemical Engineering. His research group studies a broad range of topics in transport and colloid physics, with special focus in propulsion mechanisms; and its been published in top peer review journals in his field, such as Physics Review Letters, Soft Matter, Journal of Fluid Mechanics, Advanced Functional Materials and Nature Chemistry.

His vocation as a professor has grown with time. The interaction with his students, academic freedom and the opportunity to conceive and develop ideas that produce knowledge, reassure him that there are no barriers that dedication and commitment can’t bring down. These experiences have sparkled the idea of transforming the UPRM into a knowledge factory that helps to solve some of the problems that Puerto Rico is facing. His vision is to change the structure or modus operandi of the UPR in a step-by-step and consensus fashion, in order to reinforce the scientific enterprise, secure a system for patent commercialization, and create the entrepreneurship ecosystem where the money produced is reinvested in research. Essentially, he wants to see UPRM as an International Center of Excellence in research visited by academics from the region.

Dr. Córdova has started to work in this profound transformation from his position as a professor. “I am always looking to send my students to conferences and to collaborate elsewhere. Traveling changes the way that you see things and it should be fundamental in the scientific training.”

If you want to learn more about Dr. Ubaldo M. Córdova, visit his profile at CienciaPR and his lab page.

WHAT IS COVID-19 AND WHY HAS IT RECEIVED SO MUCH ATTENTION?
END_OF_DOCUMENT_TOKEN_TO_BE_REPLACED