There was never a moment when my parents didn’t talk about “studying,” going to the lab, or radiolabeled carbons in the Krebs cycle… For most this is not a typical childhood memory, but it was mine.

I was born during my parent's senior year of college at the University of Puerto Rico – Mayaguez Campus (Colegio). My sister was born 13 months later, while they were starting their Master’s degrees on the same campus.  I remember going to classrooms in Monzón at the age of 3. Mami always had a lot of books and chalk.  My father went to school during the day and then worked at night, so Mami was in charge of us. Taking us to school and day care, feeding us, bringing us home. I remember her being tired, but never complaining and always being loving.  We had the support of both of my parent’s families, which I now understand how important that support is while one is in academia – performing experiments, teaching and taking classes. 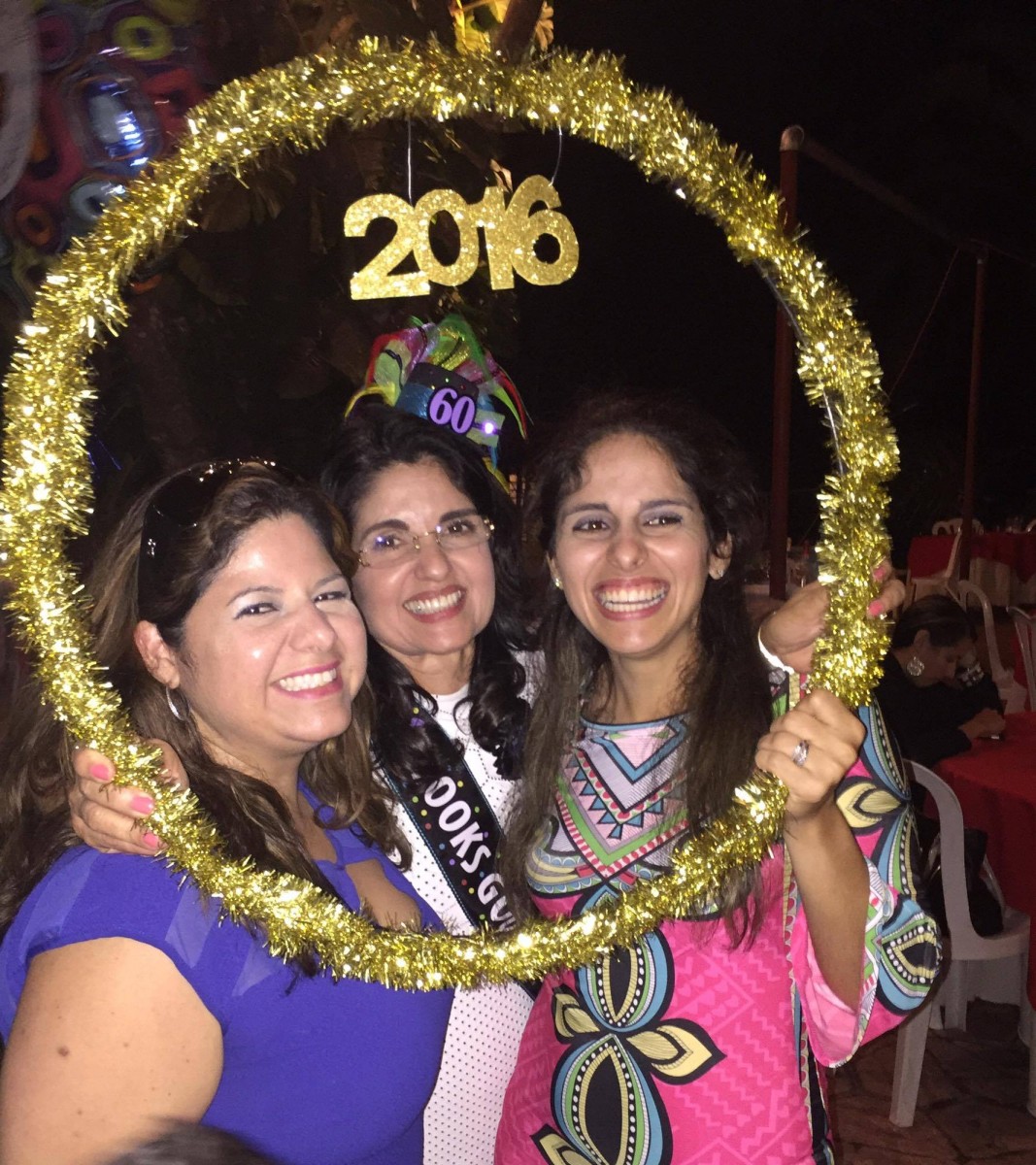 In 1984, my parents decided we would move to Piscataway, NJ where they would pursue their doctorates at Rutgers – The State University of New Jersey.  I was 6, I loved my school and was so scared of living in a difference place, but she made the transition easy for both of us girls. I wasn’t sure why we had to leave PR until I was about 8 and Papi explained that they were there getting “the highest degree they could obtain in science.”  My parents would sit at the table with recordings of their classes because English was their second language and they would take careful notes, to ensure they didn’t miss anything. They both progressed in their programs and never seemed to really struggle.  We would go with then to the lab in the evenings or weekends.  I made it my goal to obtain the highest degree I could get when I grew up.  Because I saw them do it, I knew I could too.

When I think about how the experiences were different between my mother’s graduate training and my father’s, I realize that there were some significant disparities.  While he had a great relationship with his male advisor, she struggled with hers.  Something that may not have been easy for her since she was always at the top in her class and known as the smartest student.  I remember she had a tough time with her advisor, struggling with experiments and getting little feedback. I heard conversations with my father (and some friends) about how she was worried that she wouldn’t be able to finish.  There were days that she just wanted to pack up and go home… especially in the winter when it was super cold.  At that time I didn’t realize how much she endured and overcame to finish her degree. But now, having gone through it, I know how much she acted like it was OK in front of her advisor and at home.  Her advisor was always so serious and stern when I saw him, I can only imagine how he was when they were alone. It must have been a  struggle to look this man in the face towards the end and how she must have wanted to give up so many times, but decided to finish what she started.   My mother was a woman in STEM in the 80’s. An anomaly, that faced some many issues that I now have a forum, as a woman in STEM in 2016, to discuss.  She probably didn’t have any other mentors on campus or support groups that would provide her with a safe place or advice to help her through that tough time.  She probably had to swallow her pride one too many times and used us, her girls, as the motivating factors to move complete her degree.

We moved back to Puerto Rico in 1989. It felt so good. She shortly began her position as an assistant professor in the Department of Chemistry at Colegio.  For the next 26 years she established an amazing reputation as one of the best professors in the wholeuniversity.  No one wanted to take biochemistry with anyone BUT Dra. Doris Ramirez-Soto.  I know, because I was her student.  She was tough, her tests were stress-inducing and anxiety provoking, but she was dynamic and engaging in the classroom. So much so that being in class at 7:30am for 1.5 hrs talking about the “basis of life,” as she reminded all of her students consistently, was a joy and took very little effort.  For the majority of the time she was at Colegio she took graduate students into her lab and directed several research programs (like MARC, Sloan, AMP) to increase opportunities for women and underrepresented minorities in the STEM fields. She identified so much talent on my campus and the island.  She encouraged anyone who was interested, and would listen, that they too could pursue a career in higher education and to not limit their dreams. I remember her telling me that my grandfather wanted her to become a nurse and get a nice job at a hospital (he actually wanted that for every one of his daughters and granddaughters), but she got a doctorate, in biochemistry! To think that only 13% of the full professorships in Chemistry are awarded to women, and if we were to add Puerto Rican woman, we would be looking at single digits.

It took me a while to realize that she was everything that I ever wanted to be, because to me, she is just Mom.  In her career she not just provided all of these opportunities to so many Puerto Rican students, but she was a woman who demanded respect and admiration. She was the chair of her department for several years, Assistant Dean of Academic Affairs for another couple of years, and although many thought she should remain an administrator until she retired, her first love was always the classroom. That is where “Doris Ramirez” would shine.  It was like she was a performer, and she did everything in her power to keep everyone engaged, and understood how an organism works.  Now, I am the one starting my career as an assistant professor and although she always humbles herself and tells me I do so much more than what she did; I try to think of why would she do it, what would she say, and how would she approach a situation before I do anything, because she is the best academician that I know. 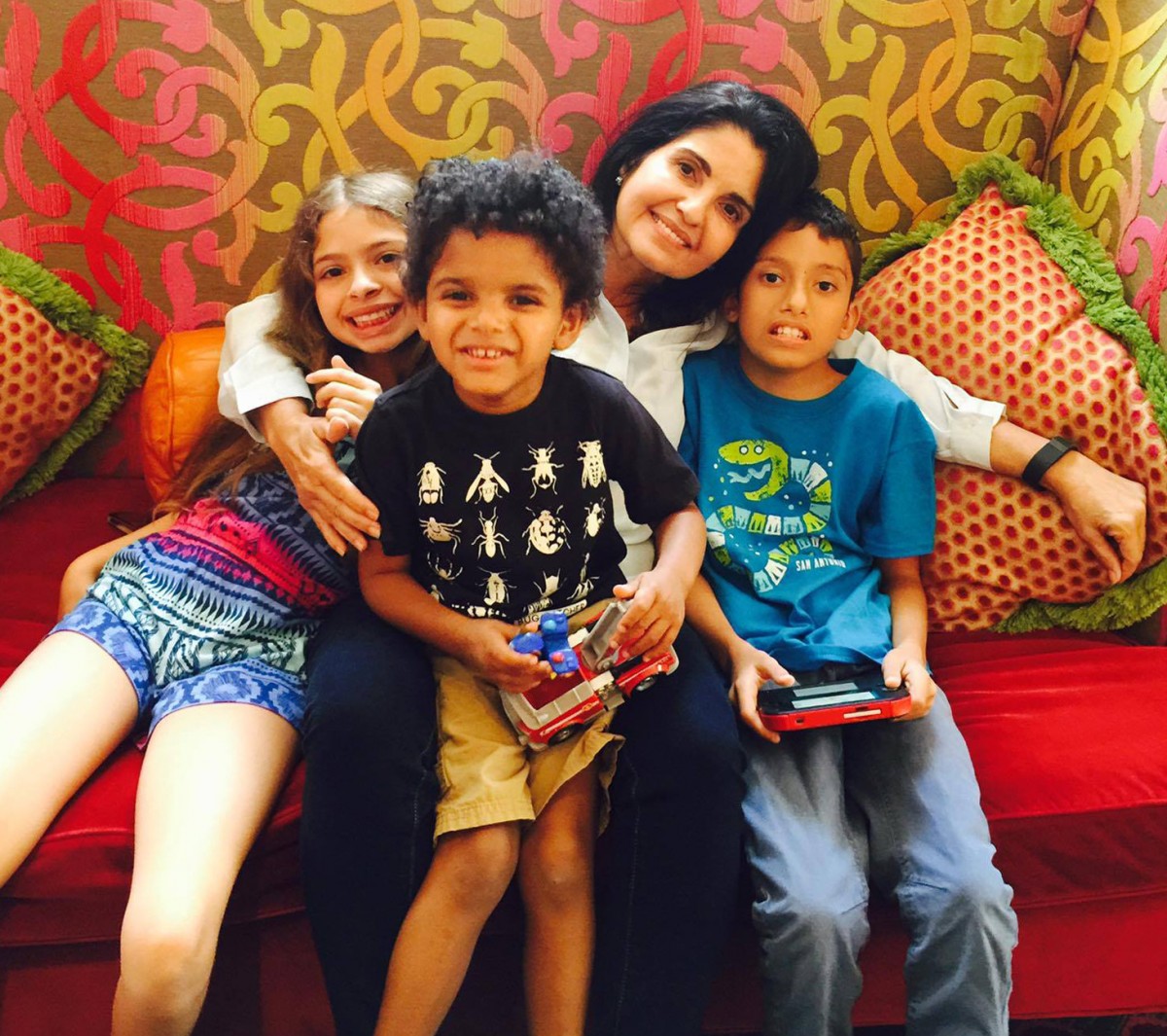 I was lucky enough to attend some conferences with her, some as her young daughter and others as her colleague.  I would find myself just staring at her in disbelief that my whole life my mother was an academic icon that did it all.  She was able to overcome the obstacles that are often presented to women of color in academia, came back to her home to take an academic position and was not only a tenured full professor, but also received federal grants as a researcher and administrator while still taking care of everyone in her life. My mother is the epitome of “doing it all” that we never believe can be done.  The Fall of 2015 was her last semester, as she decided to retire.  Today, any time I am in the presence of anyone that took biochemistry at el Colegio in the last 26 years, no matter how engrossed they may be with my research and my professional trajectory, the moment they realize I am “Doris Ramirez’s” daughter, I become "insignificant".  The number of people that I have met, that are incredible Puerto Rican scientists and/or physicians, which tell me that my mother changed their lives are immeasurable.  I can only hope that I have the same impact on my students, on my island and the world. I hope I can follow her footsteps.

Borinqueña emphasizes the contribution of Puerto Rican and Hispanic women in science and technology, and provides a space to discuss topics of interest and empowerment for women. In 'What's happening Borinqueña?' we share a variety of experiences and perspectives from women and men committed to promote equality for women in science. Use #Borinqueña to share this story. Do not forget to visit the Borinqueña store.

WHAT IS COVID-19 AND WHY HAS IT RECEIVED SO MUCH ATTENTION?
END_OF_DOCUMENT_TOKEN_TO_BE_REPLACED