Borinqueña emphasizes the contribution of Puerto Rican and Hispanic women in science and technology and provides a space to discuss topics of interest about the empowerment of women. In ‘What’s up Borinqueña?’ we share a variety of experiences and perspectives from different women and men that are committed to advancing equality for women in science.

To my curious girl: 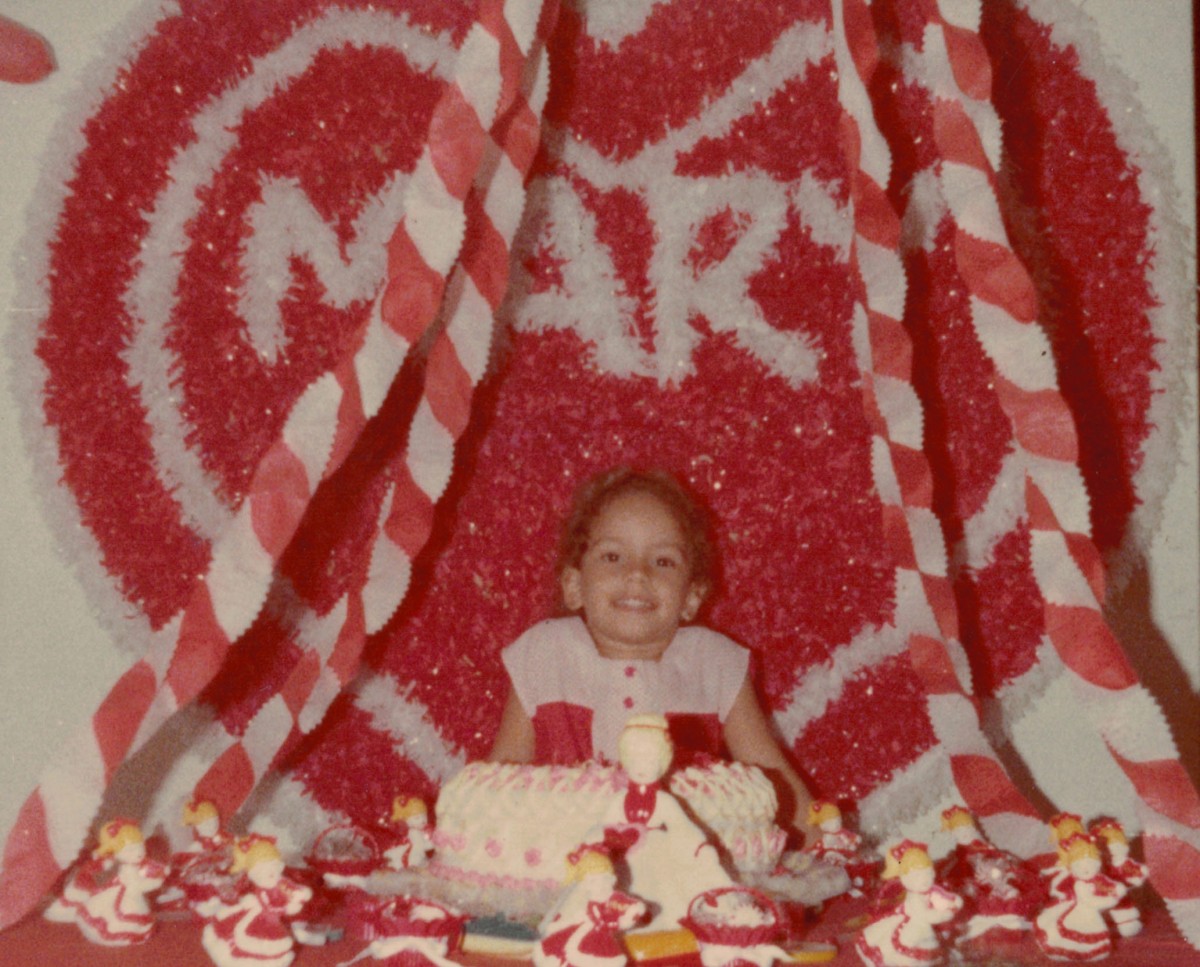 I know that since your childhood, you have looked to the sky with fascination and asked it a thousand questions. Is the sky infinite? What's beyond what your eyes can see? What does it feel to touch a cloud?... Your earliest memories are from when you were four years old. A huge birthday party with many heart shapes and many friends (your birthday is in February). However your deepest memories and the ones you can describe in more detail are those nights that you spent reading a red encyclopedia, a gift from your grandma, and your source of knowledge for many years. Yes, that encyclopedia that you read from its volume A, (thicker) to the volume X, Y, Z. There you knew about astronomy and archeology, the first areas of science that you thought you wanted to be a part of when you grew up. You also learned about biology, about the cell, and you became enchanted. Surely, you did not learn much about democracy at that time, as the volume D was gone! Oh, how much you loved to read… 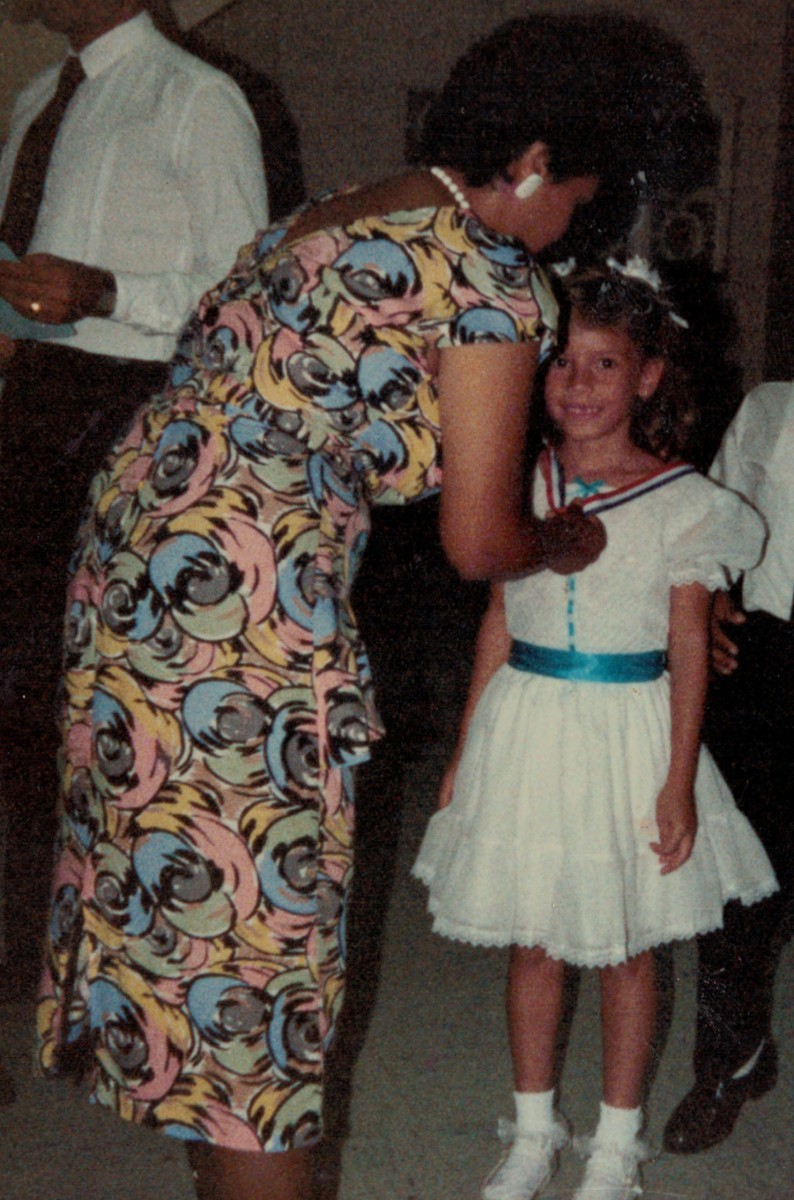 While other kids, after a long day at school and of playing with their friends, were going to bed at night, you did not read bedtime stories, but instead information about science, the world, the countries and their history. Curious little girl, were you bored? The fast-paced world of today, would not have allowed me to read that much. Girl, you learned about world capitals, their races, their customs, their religions (much of it you've forgotten). Additional volumes of the encyclopedia were white. There you discovered more of Puerto Rico, the land where you were born... and you have never ever forgotten. Then all that influenced you and made you figure out your purpose in life: to be an astronomer, fashion designer, writer and a helper of the "most needy ". Ha! Girl, you had that big ambition, but at the same time, how lucky were you to have it. You were growing and learning the good (and not so good) of you. You discovered that you were not so good at physics, so being an astronomer was not a great idea, which led you to discover that what you read in volume B (biology) was your true passion. You tried to delve into the fashion world, but your passion for nature and its mysteries, was so much, that you decided that it was not enough to create ideas for clothing, and instead you started to create ideas for science. You never stopped writing, in fact, out there on a hard drive, your life (without names) is embodied in stages. You wrote about your dreams, challenges and philosophies that have guided your life. 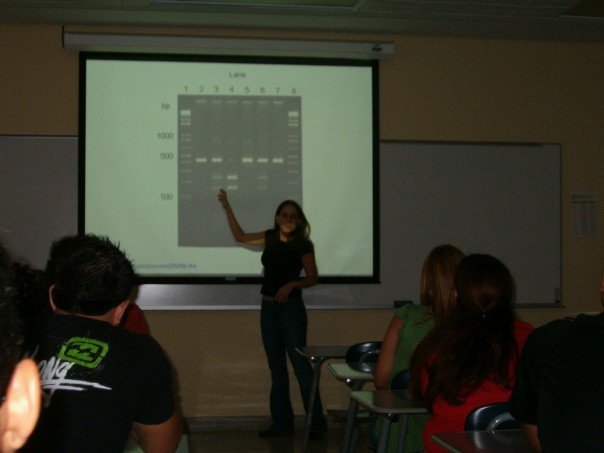 Yet, there were still many things to happen, and things you did not knew were about come. You always wanted to help, and when you decided to be a cellular biologist and microbiologist, then you wondered: how I will do it? When studying science, often we do not immediately grasp how scientists can impact many lives. Obviously! (you thought). Upon discovering things that were unknown, you are helping our society to progress... Well, although very true and valid, you still did not understand concretely, how being a scientist would make you able to help the "most needy". Then, it was when you (not a little girl anymore) understood that there are different types of needs among people in this world. Our world needs creative, curious and innovative people who are willing to take a risk to make the progress that is needed. There are many young people (and adults) who need a guide, a mentor to teach them what an encyclopedia (for today 's internet) cannot. The idea of working in a group for the common good, while still being an individual, is learned only by human contact and you learned it while you became a scientist. Not only did you learn, but also you put it into practice, and you helped so many people who needed it (and you still do), which has helped you grow simultaneously. 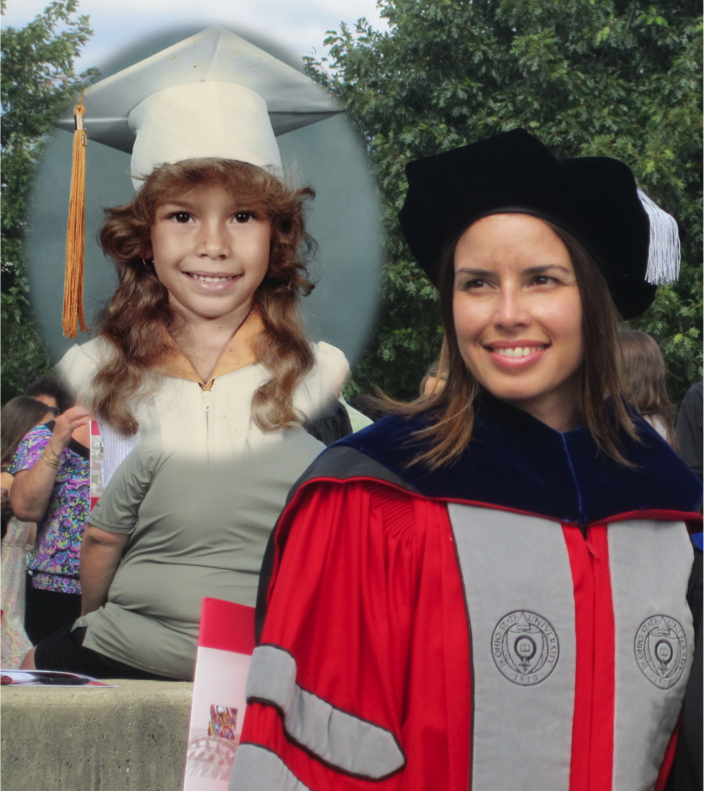 My curious little girl, life goes on, your experiences have changed your thoughts, they change your paths and your causes, but I assure you that you're still the same: curious as always. Now, you no longer read the encyclopedia to know about the world, you just want to know it by yourself through science and by communicating to others how important it has been in your life, and could be in theirs. You may think that almost all your dreams were destroyed at some point, but no. Remember that sky that you always looked at and questioned? Does the sky look different if you look at it during the day than during the night? Yes, but that does not mean that is not the same sky! In the same way, you achieved to be who you wanted to be: a woman contributing to society with your talents, and one that will put your passion into everything you do. You, like many women, have given everything you have to build a better world. As a curious friend, I can tell you that I am very proud of you, and I hope you take my word very seriously.

I wish you the best,

P.S. I wrote this letter with my heart and hope to inspire many girls and young people.

This letter is part of the project 'Letter to my Young Self' by "Science Club for Girls" which aims to change the image of scientists, to provide role models, to increase awareness about the many career paths, and to recognize women who contribute to science. You can follow the author of this letter @GreetDiaz

WHAT IS COVID-19 AND WHY HAS IT RECEIVED SO MUCH ATTENTION?
END_OF_DOCUMENT_TOKEN_TO_BE_REPLACED