Participants of the SACNAS leadership program

During the past 4 years, the Society for the Advancement of Chicanos/Latinos and Native Americans in Science (SACNAS) has organized the SACNAS Leadership Institute (SLI), a week of workshops and seminars free of any cost.  This initiative is sponsored by National Institutes of Health (NIH) in collaboration with the American association for the Advacement of Science (AAAS).

The mission of the SLI is to develop the next generation of underrepresented minority scientists, which contributions and leadership will help to unify and strengthen these communities at local and national levels.  During the SLI the participants listen to a series of motivational speeches from well known scientist and leaders, that has faced challenging obstacles and situations during their careers and journeys.  This year some of the special guests were: Dr. Francis Collins, (NIH director); Dr. France Córdova (Purdue University president); Dr. William Mendoza, (Executive Director of White House Initiative on American Indian and Alaska Native Education); Dr. Lydia Villa-Komaroff, (SACNAS member and co-founder); and Dr. Clifton Poodry, (director of the Minority Opportunities in Research Office at the National Institute for the General Medical Sciences).

The SLI took place during July 15-22 in Washington, DC and 30 scientists at a National level were selected from a very competitive pool of talent to be part of it.  These scientific leaders, completed workshops, modules and activities that will allow them to: develop the adequate emotional coefficient to manage and resolve conflicts and difficult situations; develop a leadership action and to amplify their professional networks.

As a participant, the most rewarding lesson of the SLI is that allows you to think, establish and develop a leadership action plan for the short and the long future, enabling us to visualize the set of steps and objectives that we have to build to make it happen.  In addition, getting to know other scientists interested in collaborating and make connections to push forward a new generation of future leaders is really inspiring. 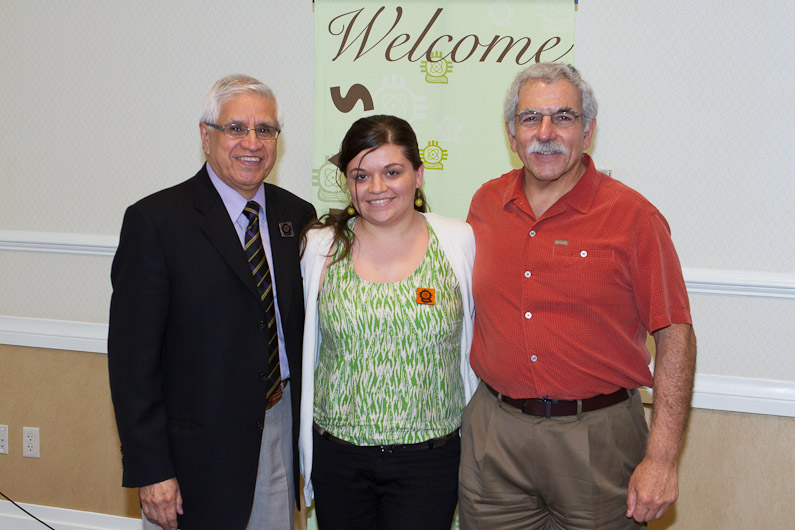 Passion for education and the extended family of CienciaPR