A little about ancestral genetics, genuine passion for research, the absence of absolute truths, and the unique reward of training the new generation of future scientists.  These are just a few of the topics and thoughts that Dr. José Fernández shared with CienciaPR.

This Puerto Rican researcher, mentor and teacher is currently Vice Chair for Education and Full Professor at the University of Alabama, Birmingham (UAB).  He also serves as the Co-Director for the Genetic Core for Minority Health Research Center at the same institution.  Dr. Fernández’s record of achievements is remarkable: fellowships, federal grants and half a dozen awards given by UAB including the distinction of Distinguished Professor.  But it is José’s passion and personal journey what makes him a great educator and a unique individual.

Dr. Fernández comes from humble beginnings; he was born in Juncos, Puerto Rico and raised in public housing.  Being the first in his family to go to college, José majored in Biology at the University of Puerto Rico Río Piedras.  Like many other students in the biological sciences, he considered becoming a doctor, since that seemed like the only reasonable career path.  A crucial “aha moment” in his life occurred while taking his first Genetics class at UPR-RP.  “I became instantly fascinated” says José with a contagious smile that teleported through the phone line.  Following his interest in genetics, he started working in the lab of Dr. Pérez-Chiesa at UPR where he worked with Drosophila melanogaster (the fruit fly); one of the most widely used genetic model systems.

At the time of his graduation José was not sure about the next step in his life and career. But shortly after, he was serendipitously offered a position to work as a bilingual teacher in New York City.  He accepted and at 22 years old he started to teach in the South Bronx High School, which hosts a diverse community with a high number of Hispanics and concurrently finished his Masters in Secondary Science Education at Columbia University.  “Those were the best six years of my life, but although I loved teaching, I started to miss research”.  That intrinsic desire motivated him to apply to the Biobehavioral Health Graduate Program at Pennsylvania State University.  This very unique program, the first of its kind, offered José an interdisciplinary education in the interphase of genetics, behavioral sciences, and statistics, aiming to unravel the environmental and social/cultural factors that influence human health. 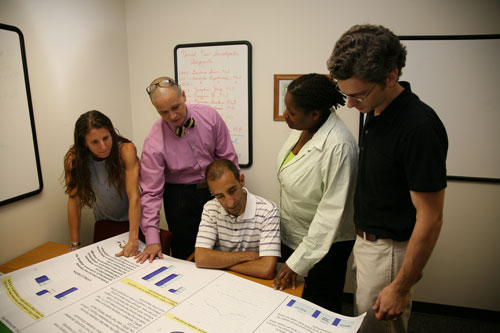 During his training, José had the opportunity to work with different genetic models (flies, mice and humans) while studying the genetic contributions associated with alcohol acceptance and sex-exclusive genetic influences.  But as time passed by, he became more interested in the genetics of obesity in the Hispanic community.  “A lot has been said about the incidence of obesity in Hispanics, and I wanted to show that we all are different; human biovariability is immense” José emphasized.  To pursue this interest he completed his postdoctoral training at the New York Obesity Research Center at Columbia University where he conducted research on genetic and environmental influences on obesity-related characteristics.  He also used a genetic admixture approach to explain racial differences in obesity and diabetes phenotypes. José found in this area his niche and calling as an independent researcher, and this is how he got to UAB where he has been a professor for the last 13 years.

Besides being a prolific researcher, José engages in various activities and initiatives outside the lab, including serving as a teacher and mentor.  He is the co-founder of  “Manos Juntas”, an organization that provides mentorship and support to Hispanic students in UAB.  He also served as the Chair of the School of Health Professions Diversity Committee, whose mission is to recruit and retain diverse faculty, students and staff, especially women and underrepresented minorities.  Furthermore, he is leader and co-founder of the Nutrition Task Force for a Healthier Alabama, an initiative centered in providing nutrition education and outreach to the community. Dr. Fernández has also designed curricula and online courses for his institution and since 2006, serves in the Editorial Board of International Journal of Obesity.  His dedication and commitment has been recognized with multiple honors including the Dean’s Award for Excellence in Mentorship, the School of Health Professions Excellence in Service Award and the School of Health Professions Joseph F. Volker Outstanding Faculty Award. 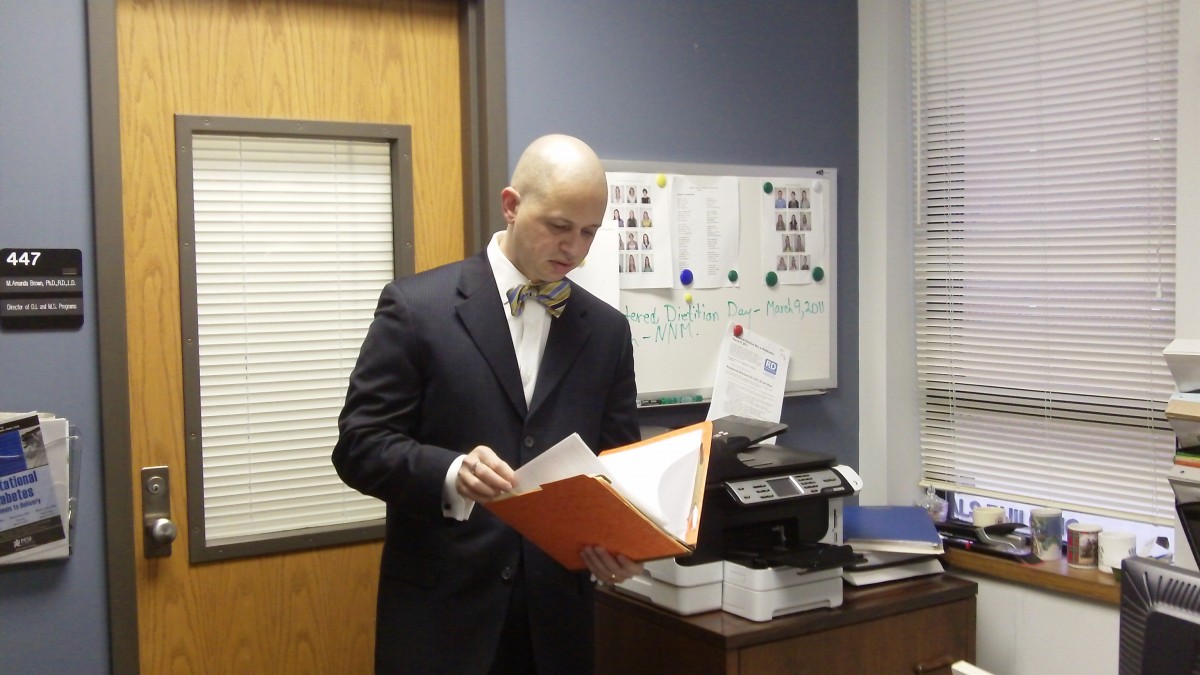 All recognitions aside, when asked about his biggest accomplishment in life, without hesitation José explains: “More than any award or publication, the biggest satisfaction for me is to train people.  Science has very little of being an absolute truth. It is constantly changing and in a few years my discovery may be forgotten or better executed or it can be simply proven wrong.  Therefore, the biggest reward of my work is that I get to train the future generations of scientists and professionals.”  Dr. Fernández followed by sharing how, as a leader and group manager, he is very considerate of the individuals in his group.  He acknowledges the human capital and value of each member of his team and is very understanding of their personal situations and life journeys.  “Some students had to take a break during their dissertation to deal with illness or a personal loss.  I even had a case when a student suffered from domestic violence, and I had to be there to help provide counseling, mentorship and guidance.”

José very proudly states: “My students are the best in the world.” and he goes off to explain how his trainees are now in prestigious institutions and/or spread all around the globe doing very interesting things; his tone is just like a parent sharing the accomplishments of his children.  Subsequently, José takes a moment to humbly acknowledge all the teachers, mentors and family members who supported him through his life and education, especially his PhD advisor Dr. Gerald E. McClearn.  “He always believed in me, even more than what I believed in myself”, says José, as he continues to share a moving anecdotal moment between him and his mentor.  Recently at an alumni reunion in Penn State, José had the chance to ask to Dr. McClearn “What was it that you saw in me?” Dr. McClearn, candidly smiled and replied: “You had enthusiasm and passion José, and nothing replaces that”.

To conclude, Dr. José Fernández’s career and journey showcases an individual who perseveres and excels.  He makes his family and all Puerto Ricans very proud.  José is one of the good ones, a minority advocate, a teacher of teachers, an integral part of that new wave of gladiators in lab coats. He is simply a true champion.

If you are interested in learning more about Dr. Fernández, visit his CienciaPR profile.

FDI Clinical Research in San Juan is awarded research grants for over $3.5 million

Students from UPR Aguadilla teach about the power of nutrition

WHAT IS COVID-19 AND WHY HAS IT RECEIVED SO MUCH ATTENTION?
END_OF_DOCUMENT_TOKEN_TO_BE_REPLACED