Researchers study this devastating disease in hopes of developing methods for prevention and improved treatments. Puerto Rican physician Edith A. Pérez, M.D. is one such researcher who dedicates her life's work to this noble cause. Throughout Dr. Pérez's impressive career, she’s made numerous contributions to the field, which are globally acknowledged. Currently, she holds two prestigious positions at Mayo Clinic in Jacksonville, Florida - Deputy Director at Large for the clinic's Cancer Center and the Director of the Breast Cancer Translational Genomics Program.

Dr. Pérez, was born and raised in Humacao, Puerto Rico. As a little girl she had a natural curiosity for the sciences and an innate aptitude for math which she got from her father. He owned a grocery store and her mother worked as a teacher, and later as a librarian. The enjoyment she derived from learning fueled a strong desire to do something important in the world at an early age. 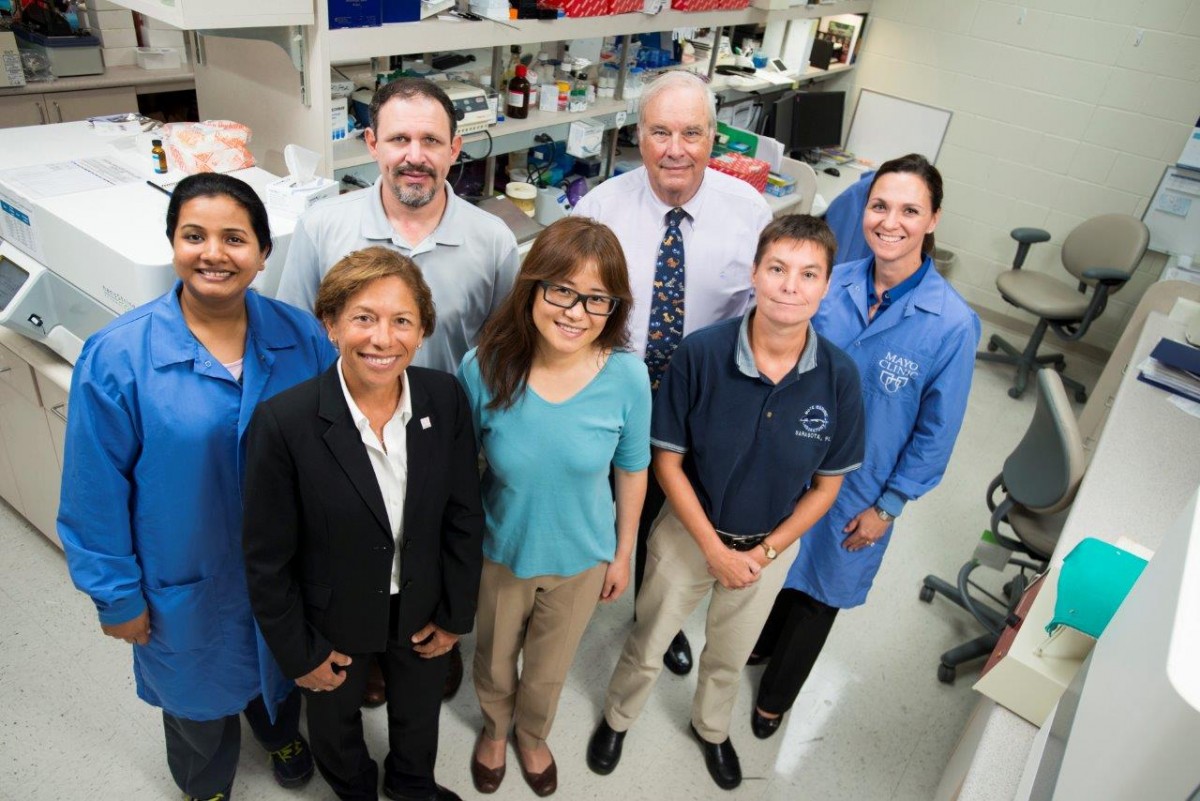 Dr. Pérez with the members of her research lab. Photo courtesy of Dr. Pérez.

Edith earned a medical degree at the School of Medicine of the UPR. Afterwards, she completed her residency in internal medicine at Loma Linda University Medical Center in California. A few years later she did her fellowship in hematology and oncology at the Martinez VA Medical Center of the School of Medicine at the University of California, Davis. She then began her professorship, shaping new generations of medical professionals at the University of California – Davis and then at Mayo Clinic in Florida.

To date, Dr. Pérez has contributed to the breast cancer field by publishing more than 300 peer-reviewed articles and over 340 abstracts. Her expertise gives her the opportunity to organize and present talks in scientific meetings worldwide. Edith enjoys her job even when that means spending long hours every day leading and directing her highly qualified team of breast cancer researchers and evaluating their findings to form scientific conclusions.   Her research focuses on the analysis of genes and proteins found in blood and tissue samples from patients with breast cancer and correlates these analyses with patient outcomes in order to develop novel and better treatments. 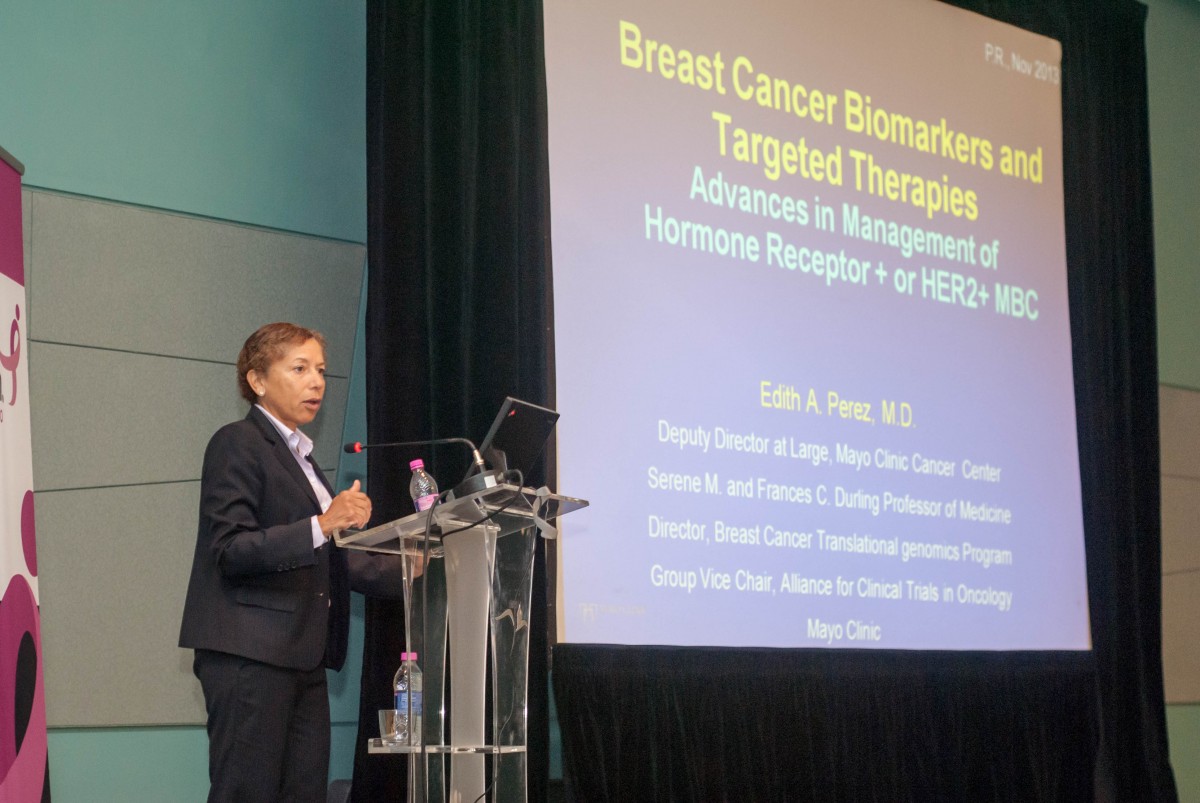 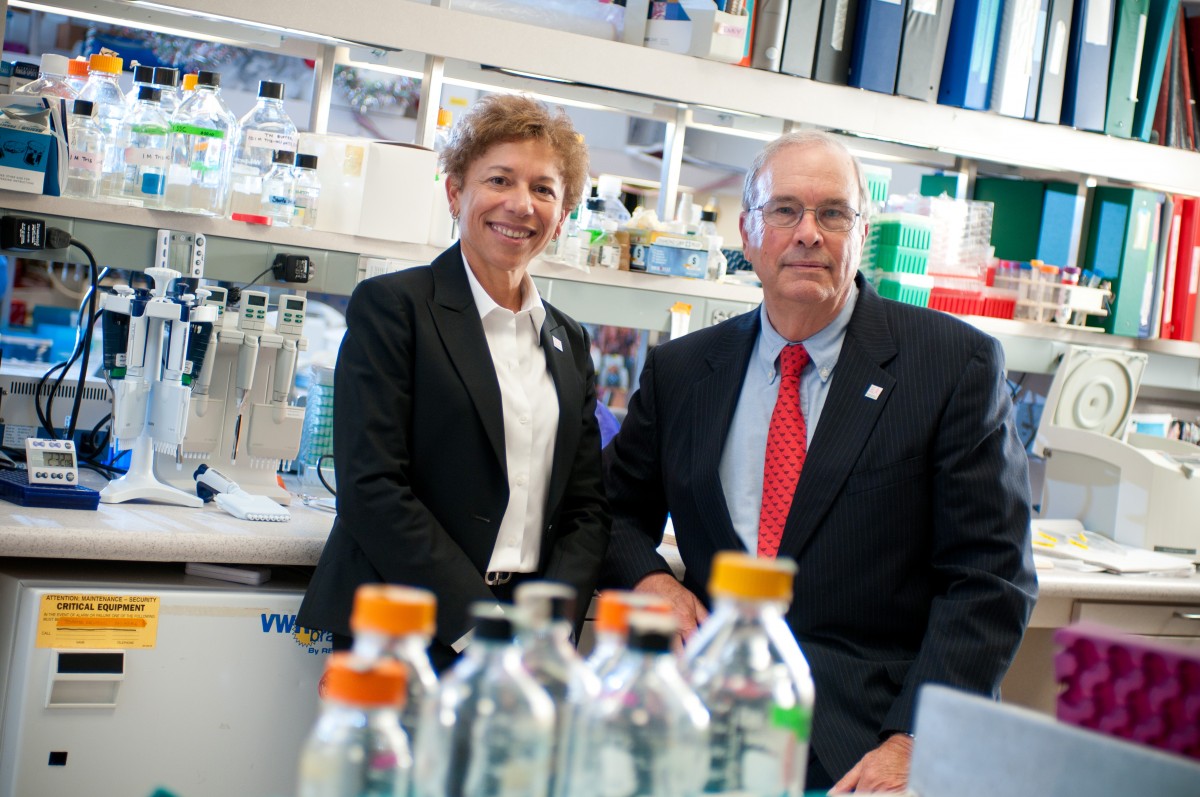 But Dr. Pérez's contributions go beyond the research laboratory and the academia. In collaboration with the non-profit organization 26.2 with DONNA Foundation, Dr. Pérez created the National Marathon to Finish Breast Cancer. This is the first and only marathon in the US dedicated solely to breast cancer research and the care of underserved breast cancer patients. This annual event attracts more than 10,000 participants and has raised more than $3.5 million dollars since it launched in 2008. The funds were used to create the Mayo Clinic Breast Cancer Translational Genomics Program in 2009. This program is devoted to discovering, categorizing, and cataloging molecular alterations in the DNA of patients with breast cancer. There is a potential for researchers to use the collected data to design customized treatments.

This Puerto Rican doctor proves to be an excellent role model for Latina women and female scientists. She is continually recognized for her hard work with several important awards including the prestigious Giants of Cancer Care Award in 2014.

Dr. Edith A. Pérez’s contributions have touched not only the lives of breast cancer patients and their families; they go beyond the laboratory and hospital, because she has made a difference towards creating a better world.

To learn more about Dr. Pérez visit her profile on our website.

WHAT IS COVID-19 AND WHY HAS IT RECEIVED SO MUCH ATTENTION?
END_OF_DOCUMENT_TOKEN_TO_BE_REPLACED