Borinqueña emphasizes on the contribution of Puerto Rican and Hispanic women in science and technology and provides a space to discuss topics of interest about the empowerment of women. In 'Seeds of Success' we will share stories about young Borinqueñas that want to pursue a career in STEM, and will describe their achievements and goals to succeed.

"Try new things and you will be able to create more things as I did with the seaweeds (algae) that can protect people and the environment ".   Alanys Henry Torres

"If it does not work out, try again. Never give up".   Alanys Henry Torres and John Henry

The motivation to develop a science fair project that promotes the seaweed recycling arises from the need to have more space to play in the shore.  Once the seaweed leaves the water, it reaches the sand, occupying large surface area.  Once at the shore, the seaweed is discarded due to its aspect and it’s not so pleasant aroma. 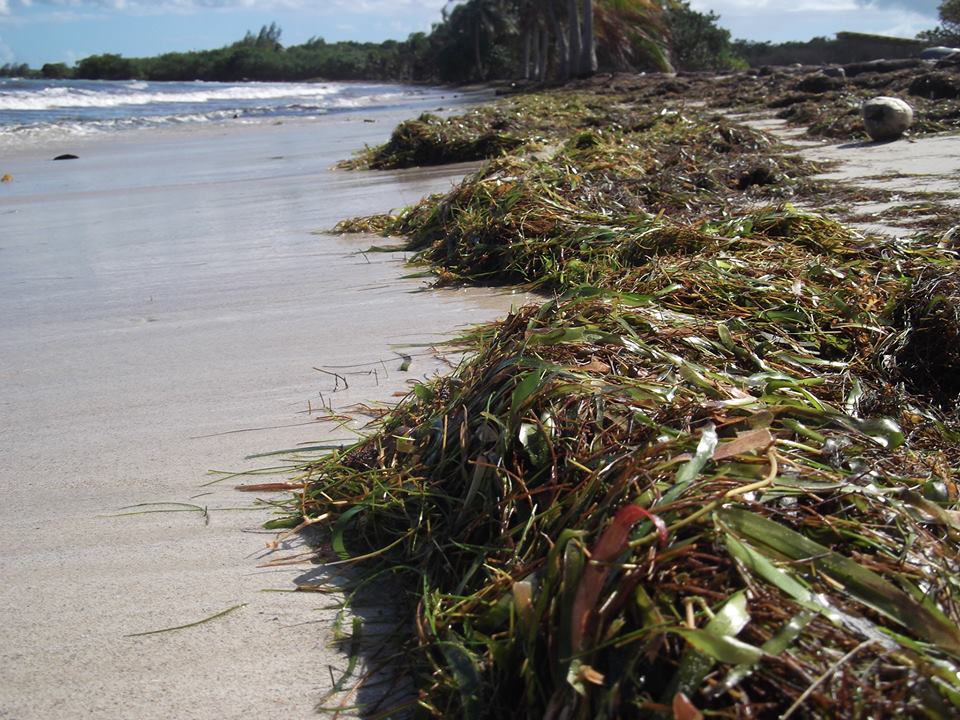 The little Alanys Henry Torres, who studies the elementary school, has taken the task of looking for a solution to the seaweed problem that does not simply relies on discarding it into a trashcan, she decided to recycle them. This is how the idea of using the seaweed as a natural fertilizer to promote the growth of plants was born. This idea was corroborated through a science fair project where she found that a mixture of half soil and half seaweed promoted a better growth and aspect of the bean plants compared with the bean plants that grew in soil only.

These results were the foundations for the development of the company that will be named "Algas Marinas AlyG – Composta Sustentable" with an emphasis on seaweed recycling. The towns of Caguas and Ceiba currently sponsors the company. The experience of being an entrepreneur a such an early age is a source of pride to Alanys, her parents and those around her.  She has created a concept of a potentially profitable company which purpose is centered in the protection of the environment, maintaining beautiful beaches and fostering eco-tourism

In order to look for new alternatives for the seaweed recycling, this year Alanys presented her new science fair project, in which she used seaweeds to prevent soil erosion.  In this project, the girl proposes that the seaweed might be used to protect the soil, similar to the "plastic or green net" that covers mountains. This plastic protects the soil of the erosion during atmospheric phenomena. "When it rains, the water tends to settle in the lowest places causing landslides; with this experiment it was demonstrated that the seaweed could absorb the water and provide rigidity to the area, avoiding the erosion". 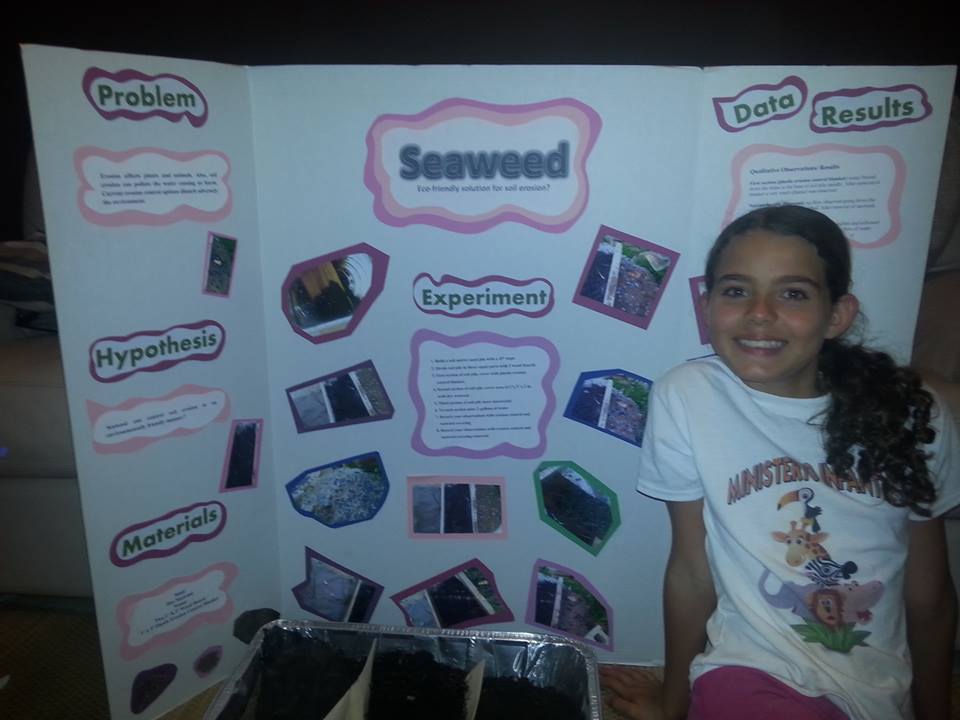 Alanys and her science fair project this year 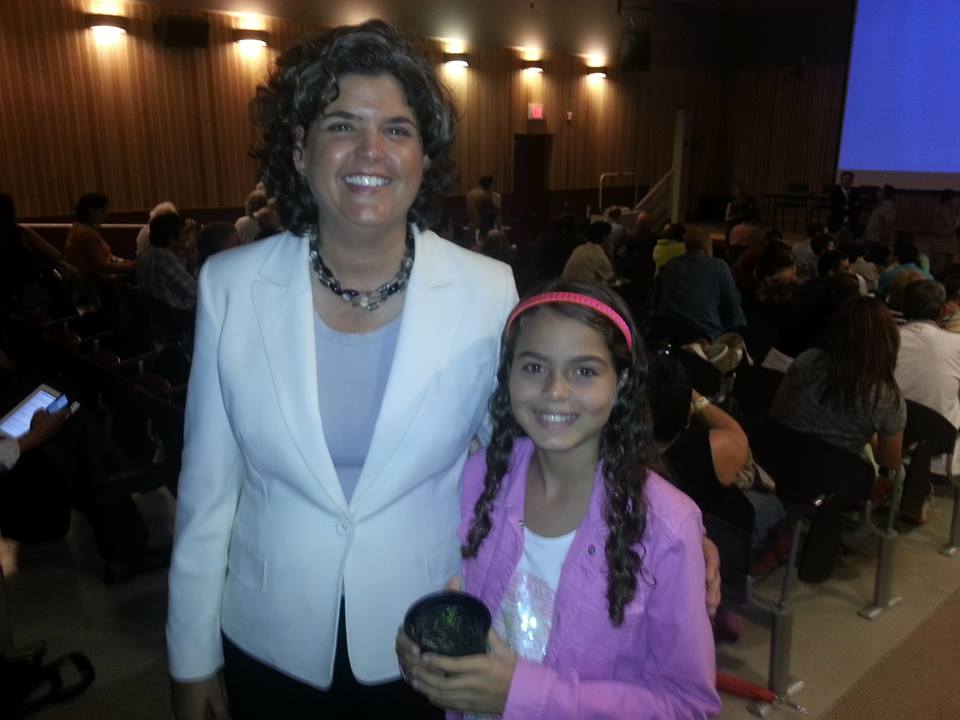 "Seaweed recycling" is an innovative idea. Alanys has shared work in diverse forums like the US Green Building Council – US Caribbean Chapter Conference where she offered a presentation about seaweed recycling to a panel that was constituted by representatives from the Authority of Solid Waste, (ADS, Spanish acronym) and the Puerto Rico Tourism Company. She also offered a conference on seaweed as a natural fertilizer to the Puerto Rico Conservation Trust Camp where she described that the students were enthusiastic, or as he would say with a smile: "pumped". 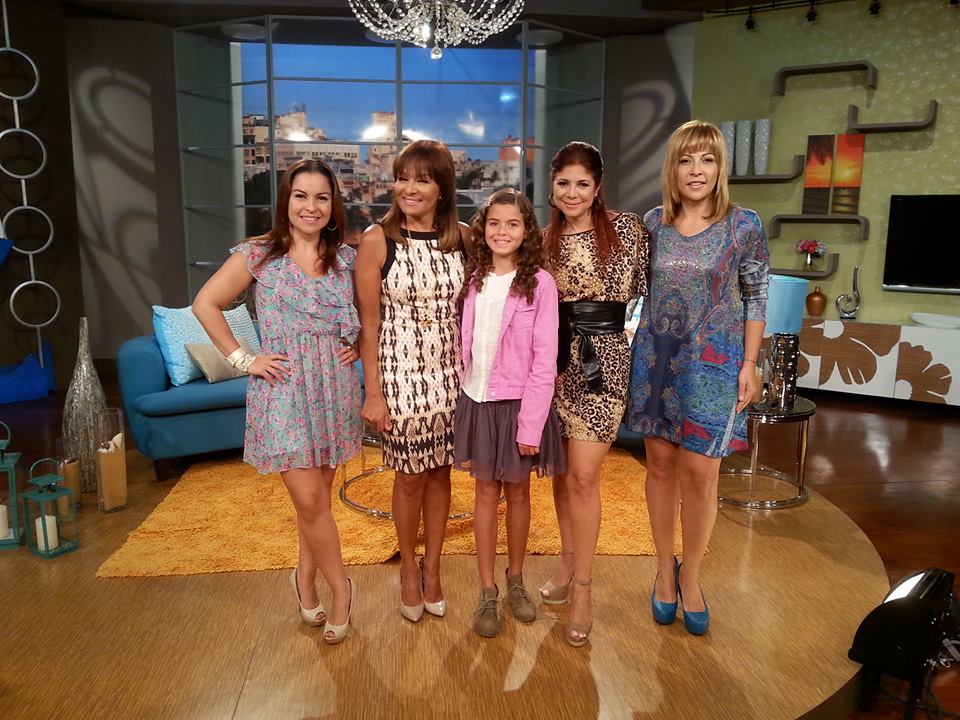 Her various interviews, both on television and in the press, have help her to develop self-confidence and have generated a fan base. She tells us that one day walking along Los Gobernadores beach, the beach were Teen Beach Movie was filmed, she had the opportunity to meet the governor of Puerto Rico, Alejandro García Padilla. The goveror recognized her and extended Alanys an invitation to assist with his home garden at La Fortaleza.

Alanys is a child with outstanding research skills. Her favorite subjects at school are math and science and she dreams of becoming an engineer "to build new things”.Definitely Alanys is a Borinqueña that will cultivate many achievements since she is already sowing seeds of success.

Want to learn more about programs and resources for girls in STEM? Start here:

For Girls in Science

WHAT IS COVID-19 AND WHY HAS IT RECEIVED SO MUCH ATTENTION?
END_OF_DOCUMENT_TOKEN_TO_BE_REPLACED