It is with great pride that we share with you CienciaPR’s first annual report, a compendium of the most significant achievements of our organization in 2016.

The report marks the tenth anniversary of our community, which saw the light of day on January 2006. It has been incredibly inspiring to see how over the last ten years the CienciaPR network has grown, and with it, the number of ideas and projects that place our community of scientists and STEM professionals at the service of the Puerto Rican people.

We thank all of our collaborators and sponsors, many of whom have been walking this path with us for a long time. Your support has given us incredible opportunities to empower the CienciaPR community to increase its reach and impact.

We also thank all of you who with your support, words of encouragement and donations, let us know last year that you are #ConCienciaPR.

And finally, I personally save my most profound thanks to the CienciaPR team of volunteers, who, in a disinterested way, have given all of us their creativity, sweat, time and determination to advance science and Puerto Rico.

Together we have done a lot, but we are not stopping here.

Today, when trends around the world threaten to curtail scientific independence, ignore evidence, or prevent access to scientists, it is more important than ever to remain engaged and involved.

Today, when the fiscal situation in Puerto Rico places our educational institutions and the performance of our students in science and math at risk, it is more important than ever to share our knowledge, examples and advice.

In the next ten years, we hope to better facilitate connections between scientists, students, and our society. Puerto Rico deserves it.

With the help of all of you, in the next ten years, we're going for more!

Take a look at our 2016 Annual Report 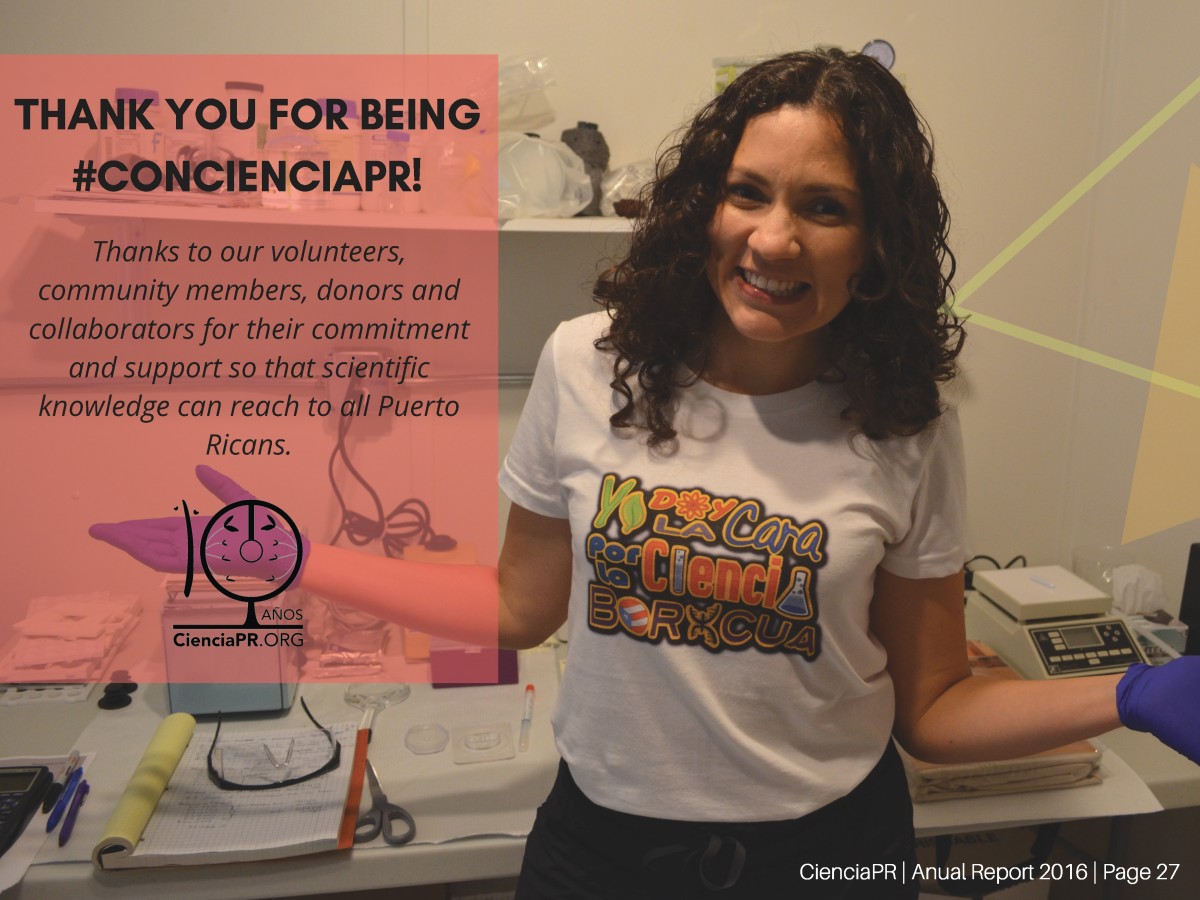 Sharing CienciaPR's achievements for 2017 and 2018

On Learning to Read Your DNA’s Autobiography

Thank you for being #ConCienciaPR!

WHAT IS COVID-19 AND WHY HAS IT RECEIVED SO MUCH ATTENTION?
END_OF_DOCUMENT_TOKEN_TO_BE_REPLACED