Between "Art, Science and Education." That was the theme for the outreach activity ACS on Campus, organized this past Friday, January 31, 2014, by the American Chemical Society (ACS) in collaboration with Dr. Ingrid Montes, Professor in the Department of Chemistry of the University of Puerto Rico, Río Piedras and member of the Board of Directors of this organization.

Students, faculty, researchers and the general public gathered at the Art and History Museum of San Juan to enjoy, free of charge, a program directed toward academic and professional career advancement with an artistic-scientific twist. The Museum served as stage for the first-ever presentation of the scientific analysis of “Isabel the Catholic”, a painting that is part of the art collection at the National Gallery of the Institute of Puerto Rican Culture. “Isabel the Catholic” has a mysterious past. The painting is anonymous, its origins are unknown, and it has not yet been able to be dated by historians.  A scientific “look” was thus needed to reveal the mysteries of “Isabel.”

The chemistry of art 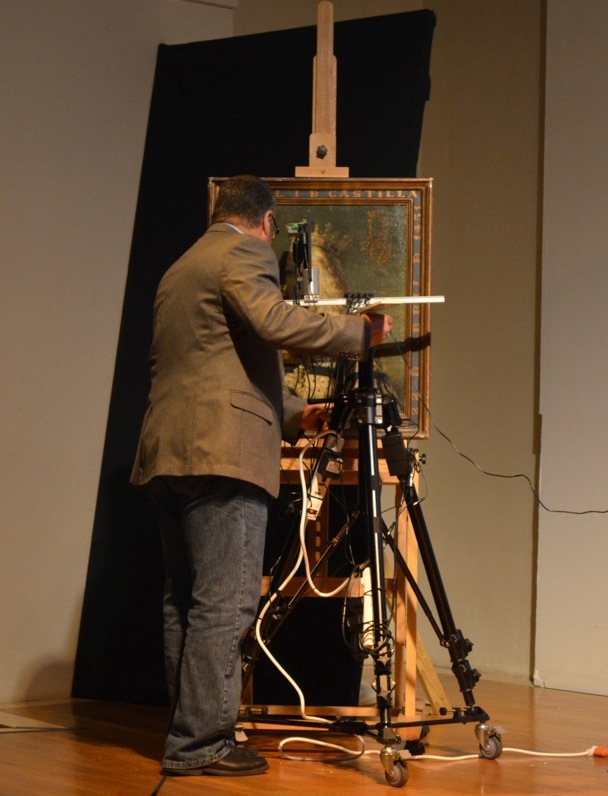 In his presentation: “NASA at the Museum: technology for space exploration applied to the scientific study of works of art”, Dr. Antonio Martínez Collazo explained how he was able to determine the longevity of the work by characterizing its spectrum of pigmentation using the chemical-physical technique of X-ray fluorescence, which was developed by the NASA for the characterization of Martian soil during the exploratory missions "Curiosity" and "Pathfinder". Although there is very little “extraterrestrial” about an art museum, NASA’s X-ray fluorescence technology presents several advantages for the analysis of paintings:  the equipment is portable, data can be collected quickly and easily, and, above all, the technique does not harm or destroy the work. This last consideration is a key factor, since in most cases there is only one original  art piece of immeasurable historical and cultural value.

That night, “Isabel the Catholic” was finally dated to between the nineteenth and twentieth centuries, lending her a new historical value. The solution to this mystery was based on the identification of the white pigment used by the artist as zinc oxide (ZnO), a chemical which was not used in paintings before the 1900s.

Once the presentation finished, the audience moved to the courtyard of the museum where they enjoyed music, food and a good company under a beautiful starry sky.

The chemistry of life 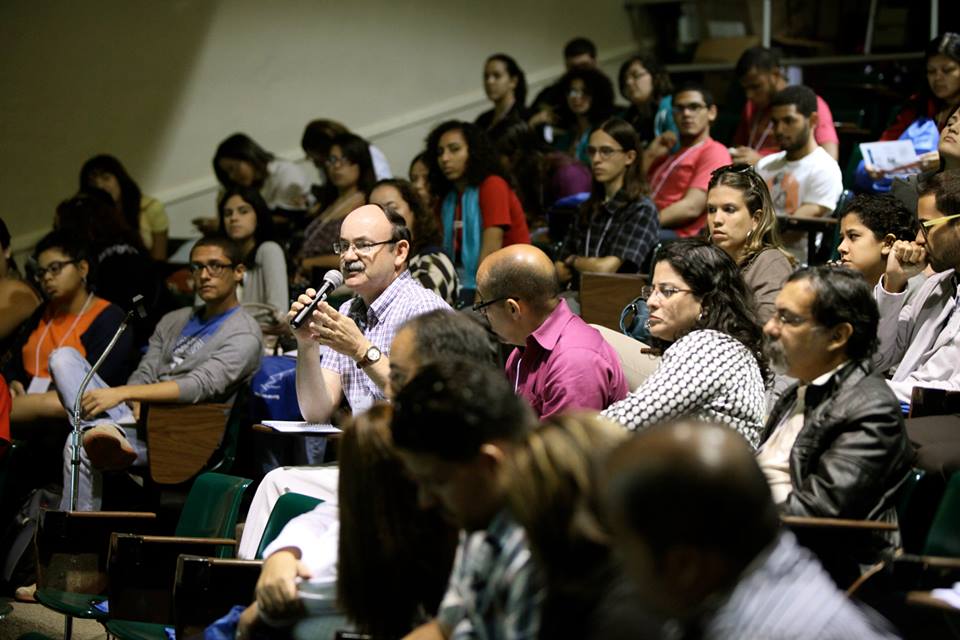 The scientific and educational journey continued the next day, this time in a house of learning instead of a house of art. In the early hours of the day, the Amphitheater of the Natural Sciences Department of the University of Puerto Rico, Rio Piedras Campus, housed dozens of stakeholders to explore the field of chemistry. The event opened with a plenary lecture  entitled “Adventures in Molecular Recognition Chemistry” offered by Dr. Angel E. Kaifer.

In his remarks, Dr. Kaifer highlighted the role that chemistry plays in the study of biological and synthetic systems. It is important to understand that many of the molecules that perform an important role in the human body, for example, our genetic material (DNA) and proteins, perform their function through interacting chemically with another molecule. With the help of molecular recognition chemistry, many of these processes have been deciphered.

These principles have been applied to the study of laboratory-developed synthetic systems, such as inclusion complexes. These are molecules that are aligned to create cavities or pores that can "catch" other molecules to interact with the complex. Inclusion complexes have various practical applications.  For example, this type of chemical structure can be used to clean environmental pollutants, fix fragrances in perfumes, and for the development of potential anti-cancer agents.

The chemistry of a scientific career

After the talk, participants had the opportunity to attend several concurrent sessions on professional development topics. The importance of ethics and copyright in scientific communication, technical scientific writing skills with  an emphasis on the Spanish-speaking community, and strategies for preparing a successful resume, were among the topics discussed.

To close the event on an inspiring note, science and entrepreneurship met in a panel discussion comprised of Puerto Ricans distinguished in the fields of innovation, technology and intellectual property, among them Mr. Ivan Ríos Mena (Director of the Puerto Rico Science, Technology and Research Trust). These professionals shared information about their projects, which seek to stimulate the knowledge economy, and they called on the scientific community to turn their ideas into business capital so that Puerto Rico can remain competitive in the global market.

The activity ended with a musical presentation by the traditional “Tuna” group of the University of Puerto Rico, Río Piedras, who delighted the audience with dances and lively melodies. 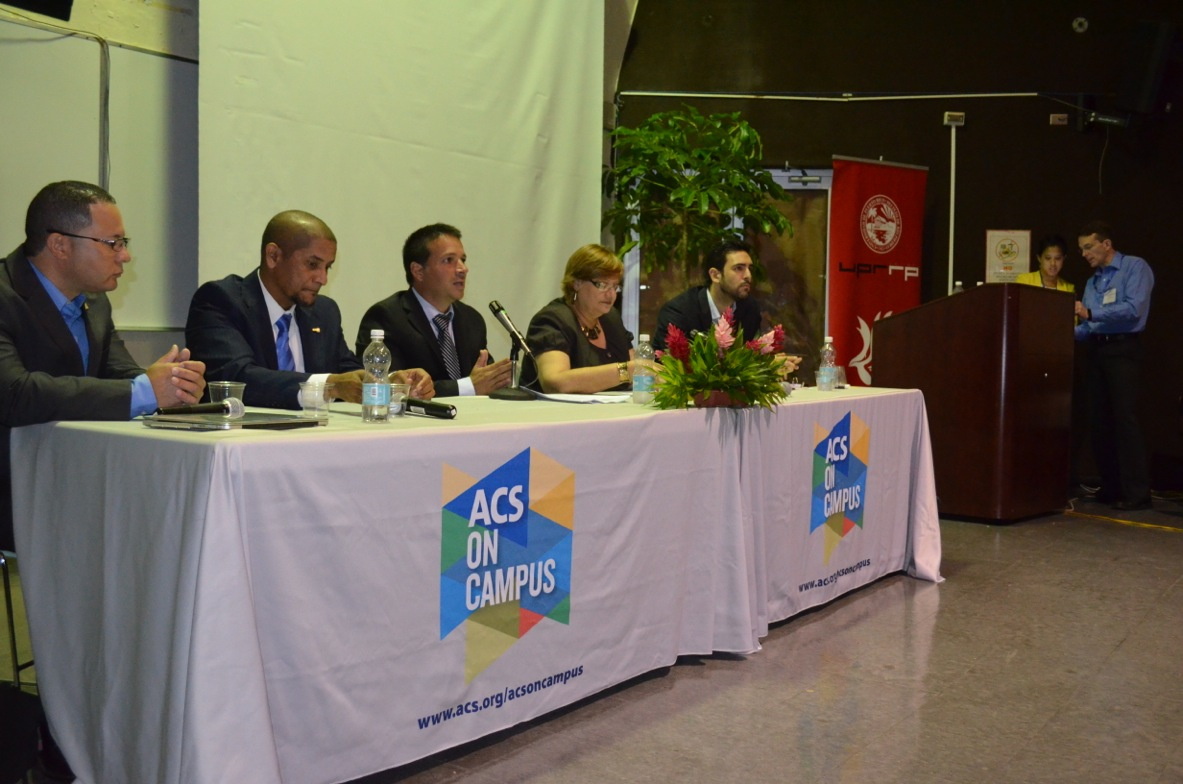 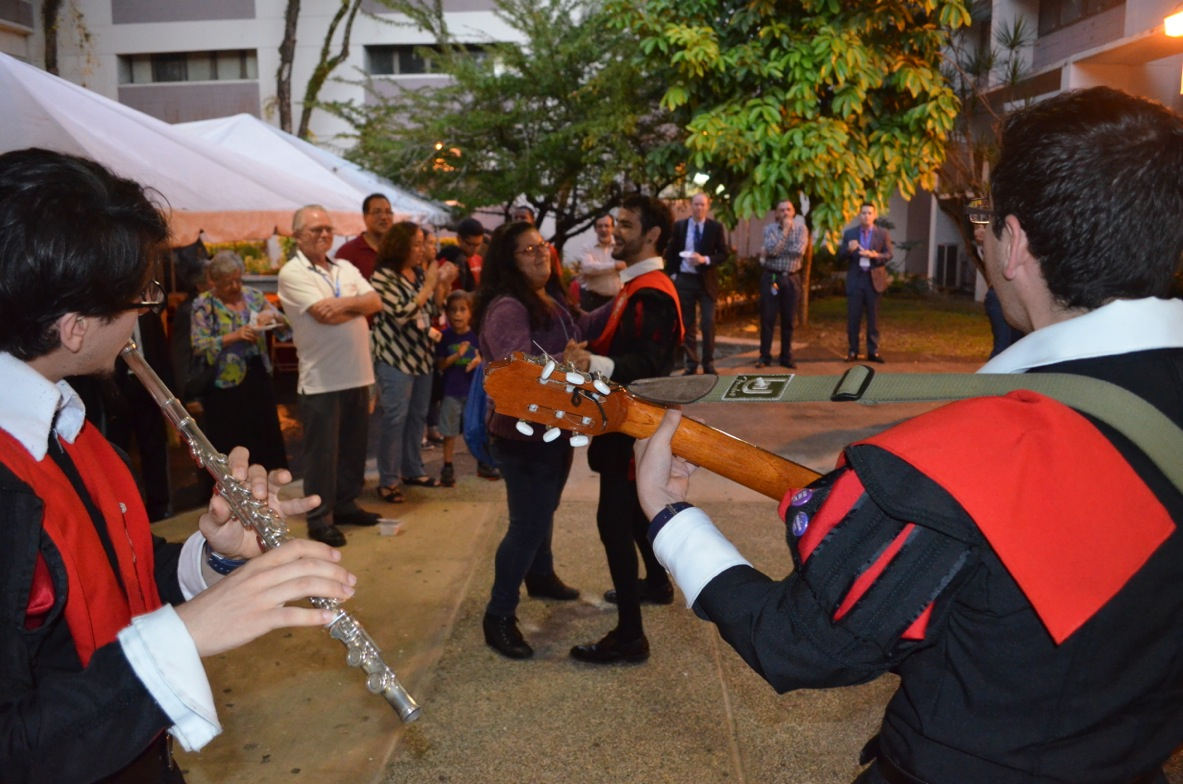 CienciaPR was present at this event, bringing educational materials to inform about our mission and initiatives. We thank all who were present, those that stopped by to learn about Ciencia Puerto Rico, and in particular Dr. Ingrid Montes, Professor in the Chemistry Department of the UPR-RP and to the graduate students Orlando José Morales, photographer of the activity.

If you would like to see more pictures from this event, courtesy of Orlando José Morales, visit our Facebook album.

WHAT IS COVID-19 AND WHY HAS IT RECEIVED SO MUCH ATTENTION?
END_OF_DOCUMENT_TOKEN_TO_BE_REPLACED