From a young age, Dr. Larissa Avilés Santa knew she wanted to study the human body. “When I was in fourth or fifth grade I remember opening an Anatomy atlas and how fascinated I was by each illustration. The part of the book that caught my attention was the one about the male and female reproductive systems, and the explanation about the menstrual cycle and pregnancy,” she says. It was back then that her interest in endocrinology was born.

With this interest in mind, Larissa entered college to study Natural Sciences at the University of Puerto Rico in Río Piedras—the city where she was born and raised. Although her main interest was to study science, Dr. Avilés Santa combined French, Italian and Greek with organic and analytical chemistry (her favorite), calculus 2 and computer programing, among other subjects. “While I was in high school, I was intrigued by the Renaissance period. And when I read La Charca and found out that Manuel Zeno Gandía was a physician and spoke seven languages, I became convinced that my interest in the human body and humanities was a perfect combination to be a humanist physician,” she assures.

It was during an undergraduate research program that she realized she was more interested in translational research than in basic research. “Although basic research is incredibly valuable, I was—and still am—interested in working on something that can have a relatively fast or immediate clinical impact. Something that has tangible impact on the patient or the community. Something tangible and relatable for both physician and patient,” states Avilés Santa.

Larissa completed her studies in medicine at the University of Puerto Rico Medical Science Campus and her internal medicine residency at the University Hospital. It was there where she became curious about clinical research. “During my time in medical school many paradigms where being questioned. For example, much of clinical and epidemiological research was done in men, and the conclusions of that body of research were often accepted to be true for women too,” she remembers.

“During medical school I participated in a clinical study to determine if bone density curves in Puerto Rican women were similar to the curves that were established in the U.S. based on the data from white women. Experiences like this one sparked my interest in exploring clinical research as part of my professional development,” she adds.

After completing her residency, Larissa moved to Dallas, Texas to complete her fellowship in endocrinology at the University of Texas (UT) Southwestern Medical Center. During her fellowship Dr. Avilés Santa worked with Dr. Philip Raskin, a pioneer in diabetes clinical research. Under his mentorship she learned about clinical trials on the treatments for diabetes (type 1 and type 2) and its complications.

Avilés Santa was part of the faculty at UT Southwestern for eight years. There her work focused on studying the prevention of cardiovascular disease in Hispanics with Type 2 diabetes. “My previous experience in Puerto Rico was that the majority of patients admitted in the coronary unit had diabetes. So, I had a strong interest in understanding how early we could prevent heart disease in diabetic patients,” she says.

While in Texas, Larissa decided to pursue a Masters in Public Health. “I was interested in continuing to work in clinical research and I needed to understand the biostatistics and methodology of clinical studies. At that time, getting a master’s was the way to do it. What I didn’t know was that soon after that I would become immersed in public health in every sense of the word.”

From the clinic to public health

In 2006, the National Heart, Lung and Blood Institute (NHLBI) of the National Institutes of Health (NIH) recruited Avilés Santa to direct one of the most important and most comprehensive studies of Hispanic and Latino health to date. The project, called the Hispanic Community Health Study/Study of Latinos (HCHS/SOL) has over 16,000 participants of Cuban, Puerto Rican, Dominican, Mexican, Central and South American origin. 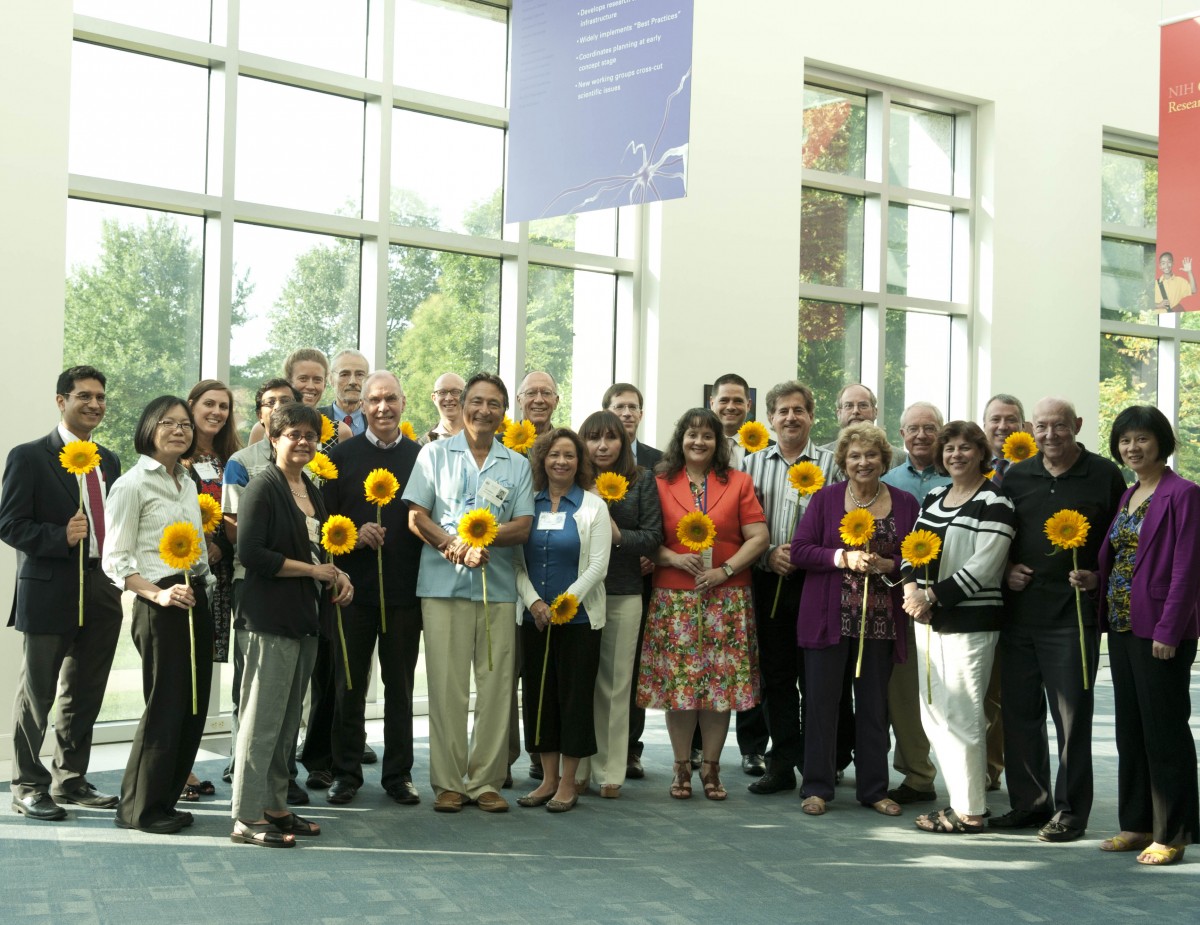 This landmark study aims to document the health of Hispanics in the United States and examine the prevalence and development of diseases like diabetes, hypertension and asthma. HCHS/SOL also seeks to identify risk factors for Hispanic health and how cultural adaptation may affect our health.

“The results from SOL represent opportunities to create interventions that improve these aspects of Hispanic health and prevent chronic diseases and their complications in our community,” affirms Dr. Avilés Santa. Personally and professionally for Larissa, HCHS/SOL has represented an opportunity to work with leaders in research, medicine and public health in projects that benefit Hispanic health. “Although I am not an epidemiologist, HCHS/SOL has given me the chance to take my passion for improving Hispanic health to another level, to a community level, with greater potential for impact,” she shares.

“The goal of both medicine and public health is to improve health,” she says. “The difference between them is big. In the clinic you have an individual relationship with the patient, an intimacy. This is especially true in endocrinology, where you have to guide patients through personal decisions, related to reproductive health, for example,” she adds. “A patient once told me ‘Doctor, you are like my priest”. Having that kind of relationship with a patient is a privilege.”

“Public health has greater impact at the community, national levels. It’s a matter of perspective. Although I miss clinical practice, my work in public health gives me a unique opportunity to have impact at a larger scale, particularly with the Study of Latinos,” Avilés Santa points out.

Larissa also says that her work at NHLBI has allowed her to work with an interdisciplinary team of epidemiologists, biostatisticians, cardiologists, pulmonologists, geneticists, psychologists and health policy experts, among others. “At NHLBI I have learned a lot about leadership, how to manage large projects such as HCHS/SOL, health policy and the complexity of government agencies. I have developed skills that I hadn’t while I was working in medical school,” she states.

Although her career has taken her through unexpected paths, Dr. Larissa Avilés Santa has made the most out of them. “In every step of my personal and professional career, I have learned or acquired something that has prepared me for the next. There are challenges, but these represent opportunities to re-evaluate and re-organize our goals. I am very proud of where I come from and the education I received in Puerto Rico. And honestly I believe that Puerto Ricans, we have extraordinary capacity and talent to embark in science, technology and medicine projects not only for the benefit of Puerto Rico, but beyond our coasts,” she ends.

ACHÚ, a book to educate children about COVID-19 in a simple and fun way

WHAT IS COVID-19 AND WHY HAS IT RECEIVED SO MUCH ATTENTION?
END_OF_DOCUMENT_TOKEN_TO_BE_REPLACED