It’s that time of the year again: the smell of charcoal, children gleefully splashing water at the beach, frozen lemonades, and endless warm nights staring at the mystifying skies… Did you know that some of the stars you see are bigger and brighter than our sun? That some of them don't exist anymore since their light travels millions of years to reach us?  Astronomy, one of the oldest sciences, helps us understand objects and matter outside the Earth's atmosphere—stars, planets, comets, galaxies and black holes—and their physical and chemical properties.

Dr. Marcel Agüeros has made astronomy his life's work and passion.

Marcel was born and raised in New York City. Although New York might not be the best place for star peeping, astronomy was one Marcel’s favorite topics to read about as a kid. Eventually this inspired him to take an introductory undergraduate class in astronomy at Columbia University, which led to him to major in the subject.

Another pivotal moment happened during his junior year of undergrad, when he spent a summer at the Arecibo Observatory. “At that point my research experiences hadn't been particularly rewarding.  But I had a really great time working (in Arecibo) with Dr. Kiriaki Xiluri, a terrific mentor.  I think that experience made me imagine I could be an astronomer, even if it took another 10 years before I got comfortable saying: I am an astronomer!"

After completing his B.S. at Columbia University, Marcel moved to England, where he earned a Masters of Philosophy in Physics from the University of Cambridge.   He stayed in the UK for a while working as the public education coordinator for the University's Mullard Radio Astronomy Observatory (MRAO),  “a unique and ideal place to teach the public about the history of astronomy and about modern astronomical research,” says Marcel. 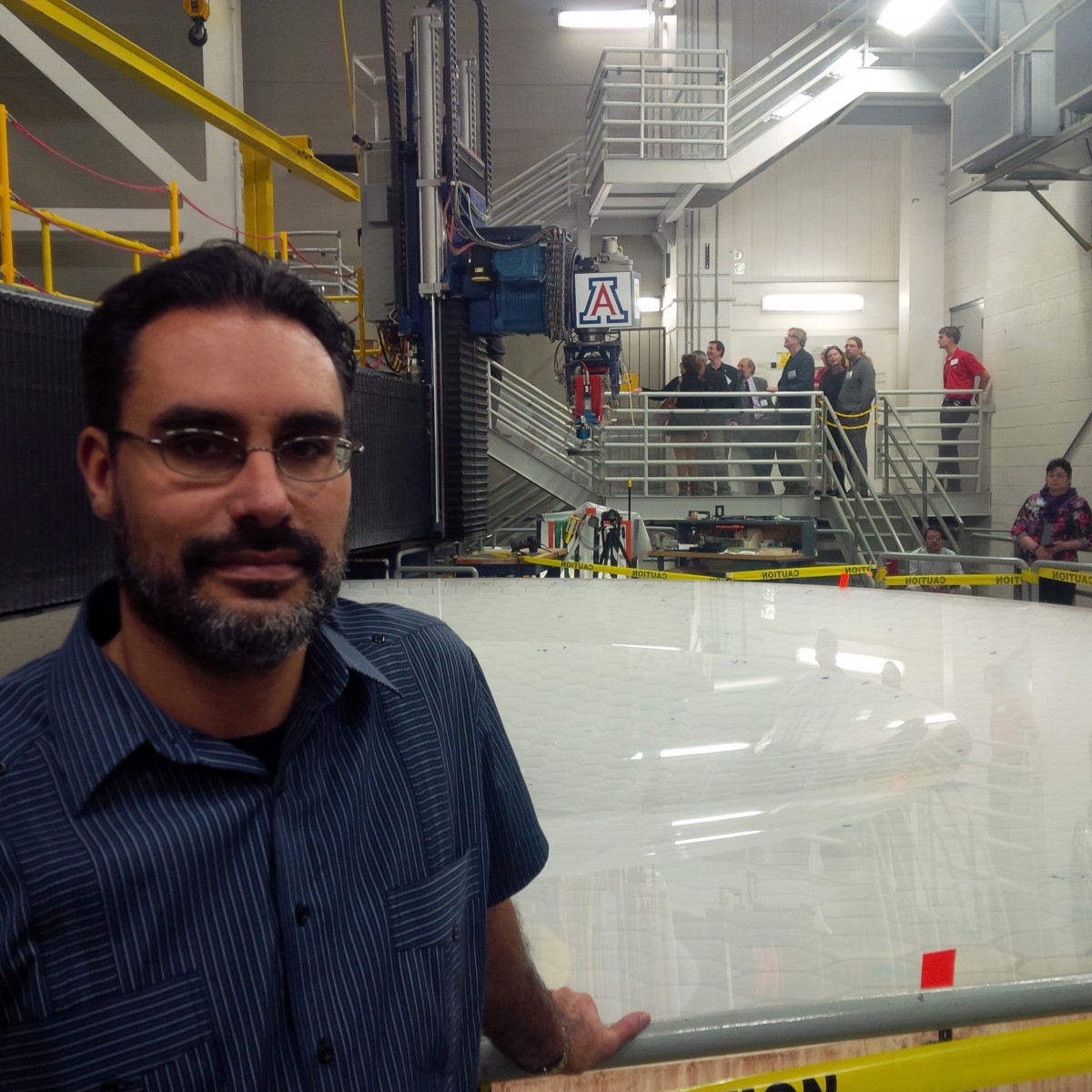 In 2000, he moved to Seattle, WA. to begin his Ph.D. in astronomy at the University of Washington where he graduated in 2006.  He then moved back to Columbia as a National Science Foundation (NSF) Astronomy and Astrophysics Postdoctoral Fellow, where he’s been ever since, now as an Assistant Professor.

Astronomers can be observers (gathering measurements and information from telescopes and other instruments and analyzing them using physics principles) or theorists  (using those results and creating computational and analytical models).  An as an observational astronomer, Marcel uses big amounts of data obtained from different observatories to deepen our understanding of the fundamental property of stars and stellar evolution.

“These days, I spend most of my time examining the relationship between a star's age, its angular momentum (a product of its mass and velocity as it rotates), and its magnetic activity.  We know that these things are related: as stars age, they rotate more slowly, and they are less magnetically active. But we don't really understand how it is that rotation gives rise to magnetic fields, or how the interactions between the two evolve.”  He is also interested in studying white dwarfs and neutron stars, two of the possible endpoints of stellar evolution.

Dr. Agüeros’s work aims to understand stellar phenomena at the mathematical and physical level, but his work can also help us understand which stars and which conditions can host life.  Therefore his research goes beyond mathematical equations, and addresses profound scientific questions, contributing to the field of astrobiology.  “Planets around very active stars are probably not great places for life to emerge.  My research is also useful for trying to understand the radiation environments that planets bathe in, how those change over time, and what that may mean for the potential of life to develop on those planets”.

Back to the roots

Marcel is very proud of his Puerto Rican heritage. He says one of the best things about that summer internship in Arecibo is that he got time to spend time with his “abuela” (grandmother) who lived in Quebradillas, and experience the Puerto Rican archipelago.  He is proudly the child of immigrants: both parents came from immigrant families; his paternal grandparents moved to NYC from Puerto Rico during the Great Depression and his father, Jack Agüeros, was a community organizer and director of New York’s El Museo del Barrio, a writer and poet. On the other hand, his mother was born in France during World War II and his maternal grandmother and great-grandparents were born in Austria and Hungary.

“While my father's family history was shaped largely by poverty in Puerto Rico, my mother's was shaped by the rise of fascism and war in Europe,” he shares.  His upbringing and family history might be one of the reasons why Marcel is so passionate about outreach and diversity initiatives.

Dr. Agüeros is the Director of the Bridge to Ph.D. Program in the Natural Sciences at Columbia.  This federally funded program paves the way for underrepresented students to transition into Ph.D. programs.  In addition, Marcel’s is the co-author of a proactive diversity plan "to identify the resources required to recruit and retain talented women and minority astronomy students at the undergraduate and graduate levels.” He strongly believes that systemic changes are needed to address the historic underrepresentation of women and minorities in astronomy and in science in general: “I believe the lessons I have learned along the way about how best to recruit and retain students into science will benefit all of my students.” 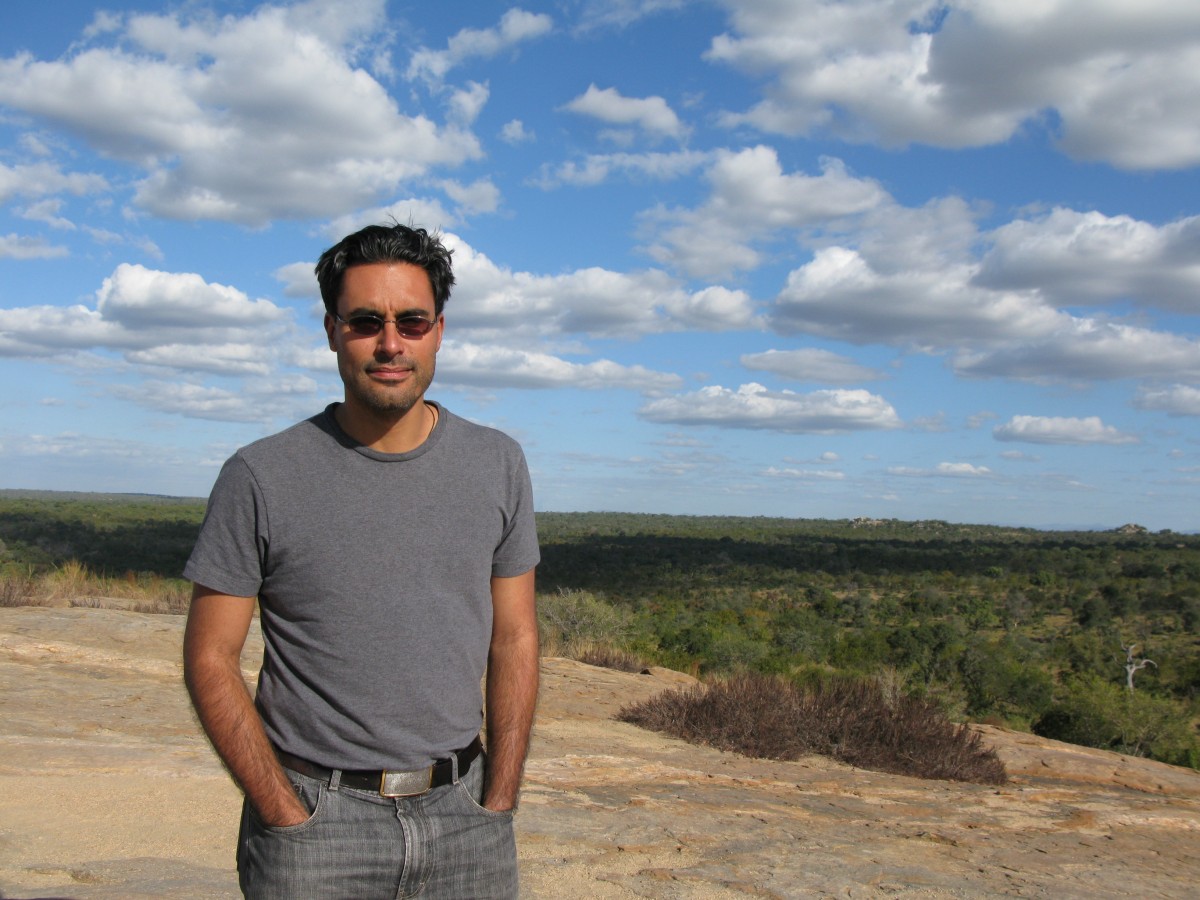 Marcel’s prolific scientific career includes numerous publications and grants and his dedication has made him excel in the roles of teacher and mentor.  He has been recognized for his efforts in mentoring and preparing underrepresented students to succeed in science. Dr. Agüeros has also received two of the NSF’s most prestigious awards: the Faculty Early Career Development (CAREER) award (2013) and the Presidential Early Career Award for Scientists and Engineers (PECASE) (2016).

Getting the PECASE award was an unexpected and surreal experience for Marcel; awardees are first nominated by federal agencies and the White House makes the final selection.  The PECASE award ceremony is hosted at the White House where the President honors and recognizes the accomplishments of such select group of scientists and engineers.

Talking about recognitions, Marcel even has an asteroid named after him: “This an honor I did very little to deserve!” He explains that during graduate school he was a member of the Sloan Digital Sky Survey (SDSS).  “SDSS used a robotic telescope in New Mexico to obtain deep optical images of a large fraction of the night sky, and it was a fantastic resource for all kinds of research, including finding asteroids. I wasn't involved in that work at all but at one point the SDSS leadership decided that they'd found so many new asteroids that the only way to name them all was to use the names of all the scientists involved in the project.  Since they went in alphabetical order, they got to me pretty quickly. And so that’s the very unglamorous way that we wound up with 135978 Agüeros!,” he tells us, charismatically.

The universe may be immense; time and space, infinite, but some things go around in orbits and come back to where they once were, maybe where they belong.  Marcel is a great example. His boyhood love for science and astronomy has brought him full circle to Columbia University, where he first took that introductory astronomy course. There he now shares faculty meetings with his once undergraduate mentor.

So reader, follow your passions and dreams. And if you find yourself interested in the skies above, especially during these warm summer nights, let us give you one piece of advice: take an introductory astronomy class.  Who knows, maybe one day you’ll end up shaking the President’s hand or humbly having an asteroid named after you!

WHAT IS COVID-19 AND WHY HAS IT RECEIVED SO MUCH ATTENTION?
END_OF_DOCUMENT_TOKEN_TO_BE_REPLACED