Warning: "continue" targeting switch is equivalent to "break". Did you mean to use "continue 2"? in /var/www/localhost/htdocs/drupal/sites/all/modules/date/date_views/includes/date_views_fields.inc on line 86
 Science is all around you: Mosses | Ciencia Puerto Rico
Skip to main content

Greetchen: "José, there is a large variety of plants in our ecosystem with very interesting features, such as the bryophytes. Bryophytes are non-vascular plants; that is, they don’t have veins. It is assumed that they were the first plants to colonize terrestrial environments."

José: "We have an expert on bryophytes, Dr. Inés Sastre, with whom I have been collaborating. Here are two photos that I have taken for her, and she is now sharing them with us for this dialogue."

Greetchen: "Dr. Sastre, what is your research topic?"

Inés: "During my years as a professor at the the University of Puerto Rico, Mayagüez Campus, I established a laboratory in tropical bryology where we conduct research on floristics and the ecology of these plants. For example, we have documented the flora of bryophytes in the karst area in Puerto Rico, and we have also performed multidisciplinary studies measuring the diversity of micro-invertebrates that use bryophytes as their habitat in the Dominican Republic." 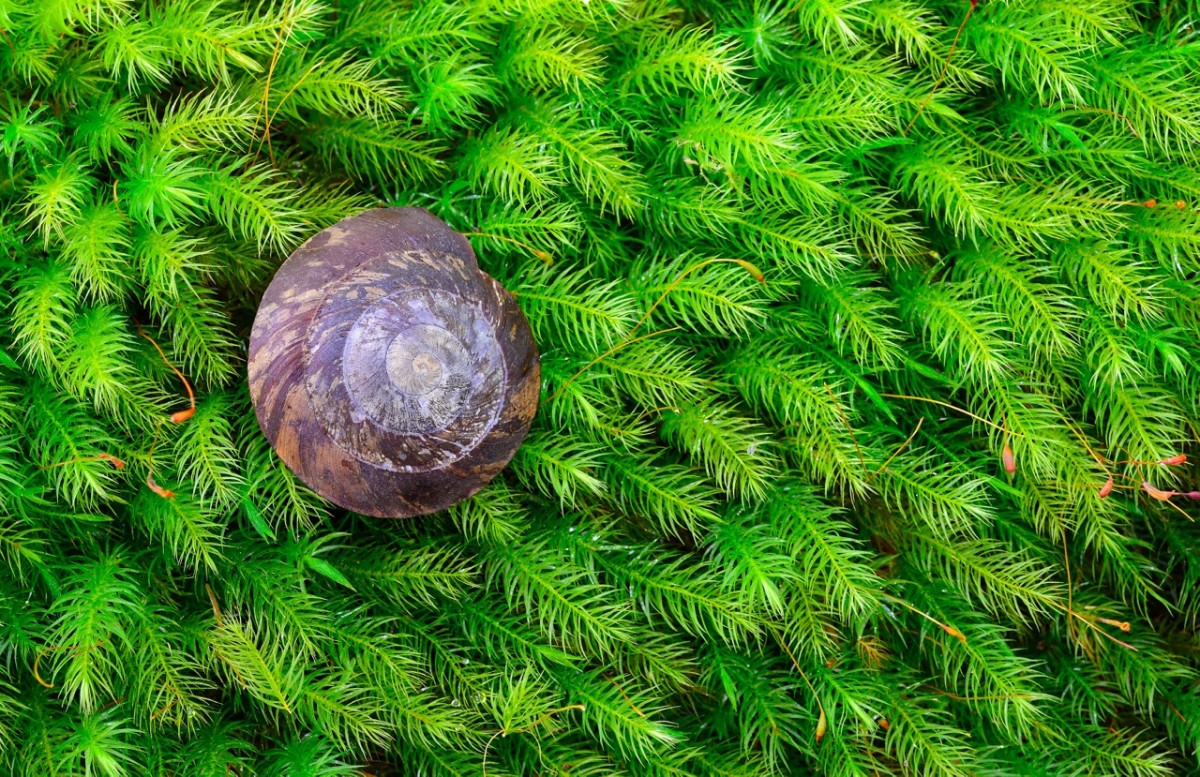 José: "Tell us about the beautiful images that you are sharing with us."

Inés: "In both images you can see Phyrrobryum spiniforme, a moss which is common in the Montano forest in Puerto Rico and in the Neotropics. This moss forms cushions that collect water - one of the functions of the bryophytes in general, in forests.

The first photo shows another ecological function: providing habitat for other organisms. Although this snail is feeding on this particular moss, this is where it can find the detritus it eats. We have observed that the leaves of some mosses can be ingested by snails, but only in the absence of other foods. In the snail’s stools remnants of moss leaves can be found, which become propagules for plant dispersal. Other ecological functions of mosses include serving as a source of nutrients in the forest; and providing, in their cushions, a favorable environment for germination of certain seeds." 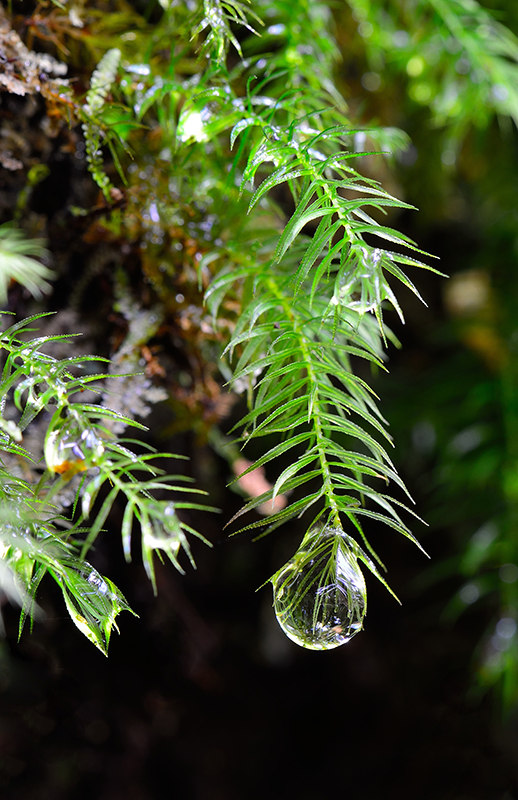 Greetchen: "Where can we find these beautiful plants?"

Inés: "In Puerto Rico we can find bryophytes in different types of environments, ranging from the Guanica Dry Forest to the heights of Luquillo and Toro Negro Forest; but they are usually more exuberant in damp, shady forests."

José: "I think this is a group of beautiful plants; but for many people they are unknown, perhaps because of their diminutive size. What do you love about these plants?"

Inés: "They are certainly very beautiful because of their various shades of green, forms of growth (pads, carpets, and even some are pendant), and the different shapes of their leaves. Can you imagine how El Yunque would look without its bryophytes? ... Horrible!

I began studying bryophytes when I served as an usher to two specialists that came to Puerto Rico in the 80’s. After a week with working them, and collecting these plants, I found them very interesting; and as there was not a specialist on the island at the time, I realized that there was a niche for someone to dedicate to their study.”

Greetchen: "What future plans do you have?"

Inés: "My interest is to develop a website to collect information on bryophytes so that others can study and get interested in their conservation. The website will include photographs of common bryophyte species, and each photograph will have information about where the plant grows, and some data on its ecology."

Dr. Carlos Muñoz (RUM) contributed to the edition of this entry. If you enjoyed these images, click “Like” and share them with everybody.  You may follow Greetchen (@GreetDiaz) and José (@titovolky) in Twitter. Want to know more? Here is a related resource:

WHAT IS COVID-19 AND WHY HAS IT RECEIVED SO MUCH ATTENTION?
END_OF_DOCUMENT_TOKEN_TO_BE_REPLACED