If you only have time to read three lines, let them be these:

GET VACCINATED against HPV.

GET CHECKED (screening through “pap smear” starts at age 21).

PROTECT YOURSELF against cervical cancer.

Sometimes we stop talking about important things, whether it be because of shame, ignorance, or because we keep waiting for the "right" moment to do so. It happens to be this way with matters relating to our health, and even more so if we have answered our own doubts with myths spread by media or have decided that "it does not relate to us". In this way, the topic of cervical cancer is mentioned very little, and has been stigmatized for years, because we still do not dare to talk openly about sexuality, our bodies, and what happens in gynecologist’s office.

In Puerto Rico, cervical cancer was the seventh most commonly diagnosed cancer among women in 2008-2012. On average, 53 women died of cervical cancer each year. This CAN be avoided.

With January being Cervical Cancer Awareness Month, we have taken up the task of sharing with you a list of reliable sources of information, answers to common questions about cervical cancer, and the invitation (for both men and women) to raise our voices to educate others, while taking care of our health and that of our loved ones.

The cervix, or the neck of the uterus, is the lowest, narrow part that serves as the entrance to the uterus, connecting it to the vagina. The uterus (or womb) is where the baby grows when a woman is pregnant. Viewed from the outside, the cervix has been compared to a small pink donut, with a central orifice that does not reach 1 cm in diameter, but can expand up to 10 cm at the time of delivery to let a baby pass through. (Image)

In most cases, cervical cancer is caused by the human papillomavirus (HPV), which, being a DNA(the material that makes up our genes) virus , can alter the behavior of the ce

lls which it invades. These infected cells can be transformed into intraepithelial lesions or cancer, upon replication. There are approximately 100 HPV types, and about 30 of them infect the anogenital tract. Of those, approximately 15 of them are associated with cancer and are known as high-risk HPV. Most cancers are caused by types 16, 18, 31 and 45. It is worth mentioning that many infections with HPV are transient, meaning that the body itself manages to fight them and eliminate the virus. However, when the body loses the battle and the virus remains lodged in our bodies, it can lead to cervical cancer.

These are the initials for "Cervical Intraepithelial Neoplasia". A neoplasm involves abnormal formation of a new tissue. CIN is an injury that could develop (but doesn’t always) into invasive cancer. If detected by screening tests, it can be effectively treated, before it progresses.

4. What increases my risk of developing cervical cancer? 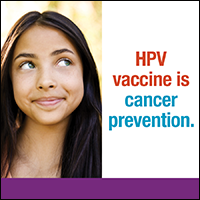 To reduce your risk:

*HPV infection can occur in male and female genital areas that are covered or protected with a latex condom, as well as in those that are not covered. Although the way condoms can prevent HPV infections is unknown, condom use has been associated with a lower rate of cervical cancer.

You can join the cause using this link, to change your facebook profile photo to include the cervical cancer ribbon. Dress up in teal on January 27 and spread the word, so that the women in your life get vaccinated, get checked, and protect themselves.

WHAT IS COVID-19 AND WHY HAS IT RECEIVED SO MUCH ATTENTION?
END_OF_DOCUMENT_TOKEN_TO_BE_REPLACED