Puerto Rican microbiologists and friends in Denver, Colorado on May 19th, 2013. Some of us were totally lost... well, so much fun around!  Photo: Dr. P. Bayman, UPR, Río Piedras

The Puerto Rican Society of Microbiologists and CienciaPR joined forces to host the 2nd Puerto Rican Microbiology Mixer in Denver, CO during the General Meeting of the American Society for Microbiology (ASM). Around 70 people, united by their passion for microbiology and their commitment with Puerto Rican education, filled an intimate space at the Appaloosa Grill for a phenomenal evening. The cold night was not an obstacle to the objective of bringing together scientists, colleagues from the Island and US mainland institutions alike. That Sunday night, united for Puerto Rico, without artificial barriers, the participants began to exchange ideas, stories, and information in an admirable intellectual gathering. Professors, graduate students, and undergraduates were all present and created an environment permeated by the sweet aroma of collegiality, setting aside their self impose artificial differences that limit ourselves and do so much damage to the development of the scientific community in Puerto Rico.

The gathering started at eight in the evening with participants from the main academic institutions of the island, as well as people hailing from every cardinal direction in the US mainland: California, Arizona, Boston, Washington, New York, New Jersey, Nebraska, Texas, Ohio, Colorado, and others. Alexis Valentín, a member and CienciaPR volunteer, kicked off the event with a warm welcome.  Then, Greetchen Díaz, a CienciaPR volunteer and Luis A. Ríos Hernandez, Puerto Rican Society of Microbiologists member and ASM council, gave a presentation on the efforts of their respective organizations in promoting science and education to students and the general public.  Information about microbiology programs in the Island and overseas was also provided for all interested parties. After this informational session, the accomplishments of students and professors were recognized individually, but shared among all as one, that night we were one country united by science and our interest in advancing science and promote higher education. The night continued with delicious food and drinks, and faded away between the melancholic notes of a harmonica and guitar playing the Blues which prompted sadness among the audience, students, friends and Puerto Rican sisters and brothers as they said goodbye –between hugs and kisses – with the promises of a reunion at another cold North American city one year henceforth, to relive such a warm experience. 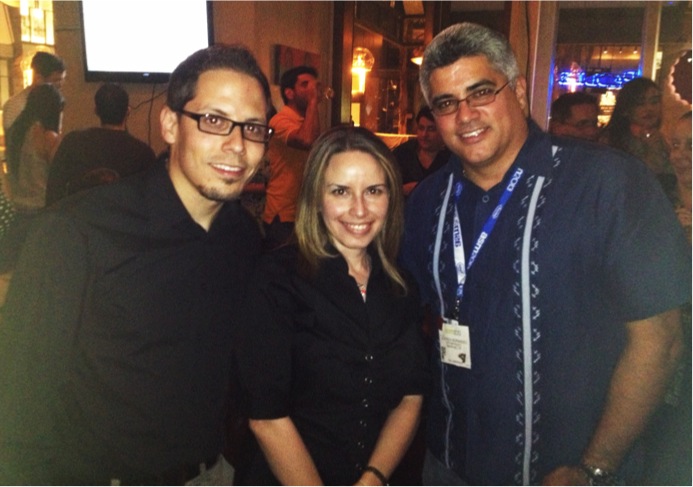 We thank Appaloosa Grill for their excellent service and also to all the participants and volunteers who made this second Boricua gathering possible.  It was a pleasure to see you all there. May there be many more!!!

If you were in Denver, please Click here to take survey

Puerto Rican Scientist appointed to the American Society for Microbiology

A decade of enhancing the meteorology field

WHAT IS COVID-19 AND WHY HAS IT RECEIVED SO MUCH ATTENTION?
END_OF_DOCUMENT_TOKEN_TO_BE_REPLACED