SAN JUAN, PR — This coming Earth Day, Saturday April 22, Puerto Rico will join over 514 concurrent events around the world with March for Science–Puerto Rico. The event will begin at 11:00 a.m., at Plaza Colon in Old San Juan. From there the March will head towards the Capitol and end in the Pabellón de la Paz in Luis Muñoz Rivera Park, where it will join the Para la Naturaleza Fair, where the public can enjoy exhibitions and scientific activities for all ages.

"Science is a pillar of human freedom and prosperity," said Dr. Heidi Morales Díaz, a scientist and organizer of the March for Science–Puerto Rico. "We come together as a diverse, non-partisan, and pacifist group to affirm that science stands for the common good and plays a crucial role in our lives."

March for Science–Puerto Rico has the participation of Earth Day Puerto Rico, Ciencia Puerto Rico (CienciaPR), the Caribbean Division of the American Association for the Advancement of Science (AAAS), Para la Naturaleza, the Puerto Rico Chapter of the American Chemical Society, NeuroBoricuas and other scientific and student organizations.

"We are calling on everyone—professionals, science enthusiasts, nature lovers, pro-environment organizations, students and citizens," said Jillian Hopgood, vice president of Earth Day Puerto Rico, and another organizer of the event. "We invite you to march with us, because science belongs all of us."

As part of the activities of the March for Science–Puerto Rico, "Historias de #CienciaBoricua @ Lote 23" will be presented on April 18, starting at 7:00 pm, in the gastronomic and artistic space Lote 23 in Santurce. The evening, featuring personal stories about science, will serve as a starting point for the conversations that the organizers hope to promote through the March for Science–Puerto Rico. 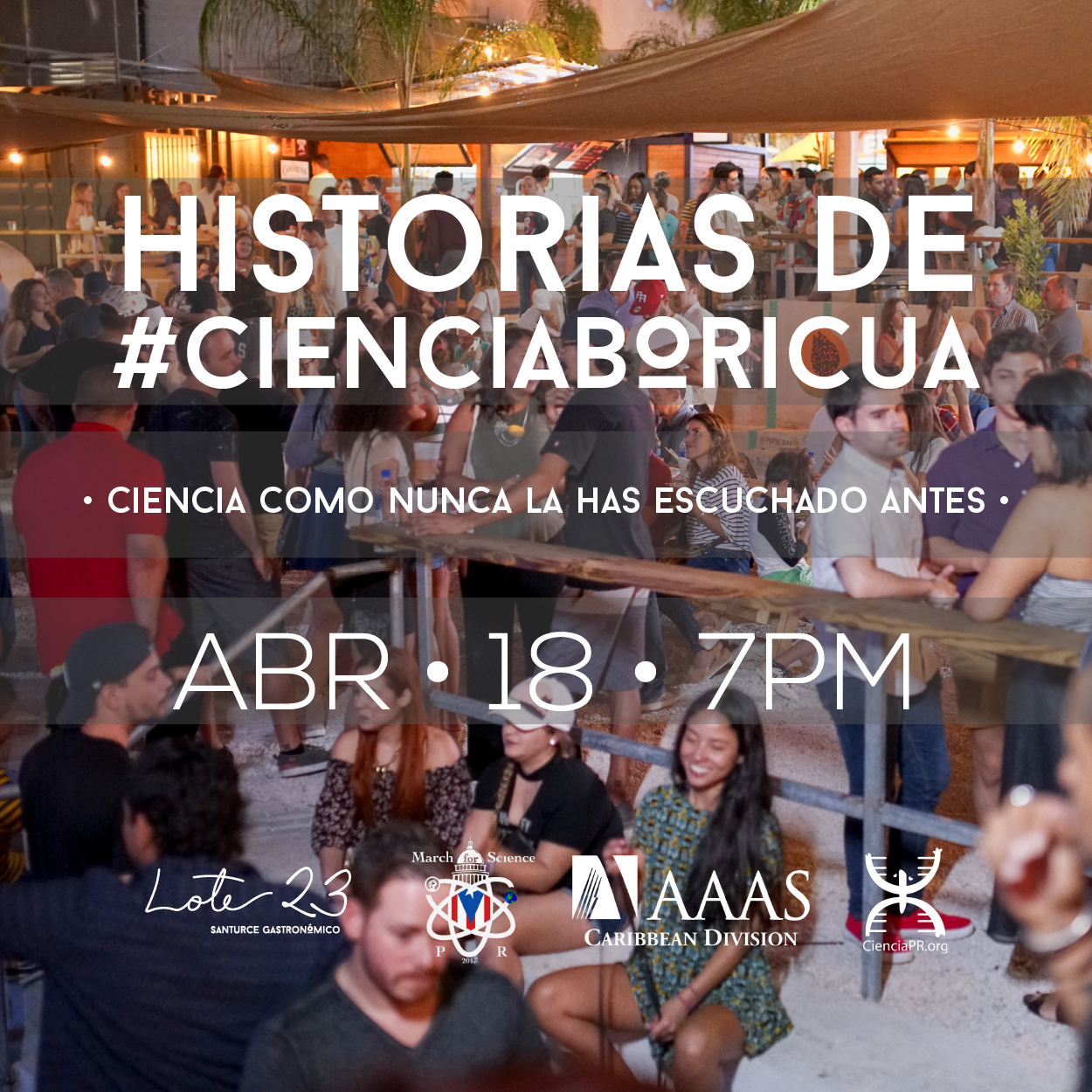 To close Earth Day celebrations, Earth Day–Puerto Rico, one of the March co-organizers, invites the public to an intimate free ethnic music concert with multi-instrumentalist Enrique Cárdenas, starting at 6:00pm at eco-friendly restaurant Kamoli in Loíza Street in San Juan. “It will be a journey of 15 instruments with natural sounds from around the world, with every note sharing stories of each culture,” said Rolando Rivera, president of Earth Day–Puerto Rico and co-organizer of the March.

Register for the March here: http://bit.ly/MarchaporlaCienciaPR and join the Facebook group March for Science–Puerto Rico www.fb.com/groups/marchforsciencepuertorico/ or email info@marchaporlacienciapr.com to learn how they can help. For transportation options from different points of the island visit http://bit.ly/TransporteMarcha. For more information about "Historias de #CienciaBoricua @ Lote 23" visit bit.ly/CienciaLote23.

Fight for science made visible

The March was only the beginning

I am in love with #cienciaboricua

WHAT IS COVID-19 AND WHY HAS IT RECEIVED SO MUCH ATTENTION?
END_OF_DOCUMENT_TOKEN_TO_BE_REPLACED