Day by day, scientists face great challenges in carrying out their research. Traditionally, in order to fund their projects, scientists write research proposals to government agencies, where they are evaluated by other colleagues. The challenge is even greater for early career scientists, as they must compete with established scientists with vast experience. The picture is less encouraging if we consider that the budget problems threaten the "sequestration" of funds for science and technology. These factors, among others, have encouraged young scientists to find alternative ways to fund their experiments. An example of this occurs precisely in Puerto Rico, where a scientist named Taras Oleksyk, decided to turn to a nontraditional funding source: the people. 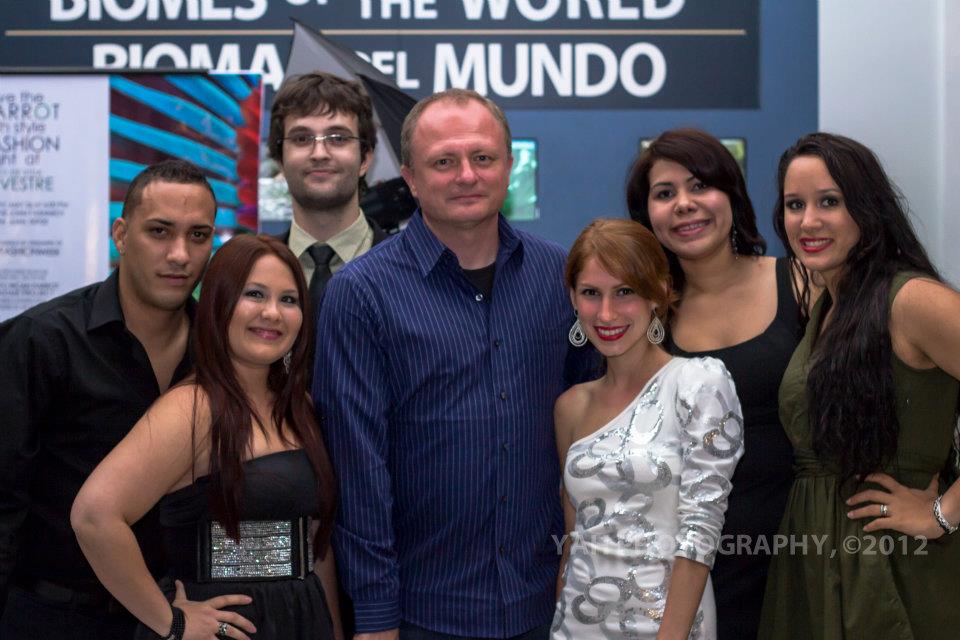 Dr. Oleksyk, a native of Ukraine and member of CienciaPR, conducted his doctoral studies in environmental toxicology at the University of Georgia and a post-doctoral degree at the National Institutes of Health (NIH), before joining the faculty of the Department of Biology of the University of Puerto Rico, Mayagüez Campus (UPRM). His research interests include, but are not limited to the population genetics of humans and other vertebrates, and genetic epidemiology of infectious diseases.

Dr. Oleksyk was surprised that despite the efforts to save the Puerto Rican parrot Amazona vittata, from imminent extinction, in Puerto Rico there were no genetic studies of this bird. Then, Taras (as he is usually called) decided that sequencing the Puerto Rican parrot’s genome would be his new challenge. Since the cost of sequencing projects had been greatly reduced, initial sequencing could be done with only a few thousand dollars. Wasting no time, Taras appealed to his colleagues and students, but mostly to the interest of the Puerto Rican people to achieve his goal.

Much has been said about the fundraising method for this project, enlisting the help of the people. What has not been discussed in detail, are the factors that facilitated the interest of both the academic community and general public. First, the Puerto Rican parrot, aside from being an endemic bird and one of the world's most endangered species, is also a national symbol (unofficial) with which we Puerto Ricans identify. This factor was perhaps the most important one, which speaks to the idea that public attention to science can be captivated when it is culturally relevant. Second, they planned very original and unprecedented fundraising activities (for a science project) that attracted the masses. For example, they merged science and art, leading to the creation of paintings of the parrot by students and the French artist, Audrey Guiblet. Moreover, local costume designers donated their talents and time to a unique fashion show inspired by the distinctive colors of the parrot. Third, in the process of fundraising they educated the community about the importance of sequencing the parrot’s genome for their conservation efforts. People understood that the project was relevant and that its contribution would be very valuable. After all, who can resist the charm of this unique Puerto Rican blood parrot? The sequencing project of the Puerto Rican parrot’ genome became a project of the people, by the people and for the people.

The project led by Dr. Oleksyk represents a unique opportunity for his students, as it will be his graduate students and undergraduates who take care of the data analysis. The results also will provide new tools to develop courses in genomics. After 76% of the genome was sequenced, the first results were published in a specialized science journal. It is the first sequencing of a parrot in the Americas and the parrot is Boricua! It is also the first time, anywhere in the world, that the genome of a parrot is sequenced with conservation purposes. The rest is history, and this story that has been featured in numerous local and international media outlets because of its scientific relevance and also for its originality in engaging the public, citing it as an example of democratization of science. The media exposure has allowed Dr. Oleksyk’s team to arouse the interest of private companies that have made significant donations. For the research team, the best was yet to come.

"Can we dream more? A genomics center, please "

When we asked Taras about the people he believes were critical to the success of his project, he says his colleague, Dr. Juan Carlos Martinez-Cruzado (UPRM), has been a strong supporter and facilitator, helping him not to lose focus even in the most difficult moments. He also tells us that Dr. David Logue (UPRM) is an important partner and ally, and he is grateful to Mr. Ricardo Valentín from the Department of Natural Resources of Puerto Rico and part of the conservation project of the Puerto Rican parrot. Without their help, the dream would not have been a reality.

The Puerto Rican parrot genome project brought much more. In collaboration with Dr. Martinez-Cruzado and Dr. Nikolaos Schizas, from the Department of Marine Sciences (UPRM), Taras used the rest of the donations and the help of the university to establish the Caribbean Genome Center. At the Center, collaborative projects with researchers from both the Mayagüez Campus, and other institutions on the island and the United States are performed. The Center's purpose is to establish a research and education program for the benefit of the university and scientific community in Puerto Rico.

Much more needs to be done ... They will be studying other characteristics such as the genetic changes of the parrot, both for individuals and the population. This information promises to help in the search for genetic factors that may have an effect on reproduction and adaptation to the environment of the parrot. The better we understand these factors, and with the continuation of conservation projects in the forests of El Yunque and “Río Abajo”,  the better chance we have  for saving the Puerto Rican parrot from extinction and at the same time, understand the genetics of similar species.

With this in mind, the next big project of the Center will be called "Parrots of the Caribbean". This project will involve the sequencing of genomes of several Caribbean parrot species from the Dominican Republic, Jamaica, and Mexico, among others, to compare their genetic makeup. For this new challenge, Taras recognizes that he still has many doors to knock on. His message is simple: science is both important and fun! With this message he hopes to inspire more people to get involved.

You can help too. We hope that reading this story will stir your curiosity and desire to contribute to Puerto Rican science, as other individuals and organizations have done. If you want to help, please contact dna.lab@upr.edu

For more of Dr. Taras Oleksyk and his projects, read his profile on CienciaPR. For more information on fundraising events, visit our Forum and Calendar at CienciaPR.org

Studies suggest that Taínos genes are not extinct

WHAT IS COVID-19 AND WHY HAS IT RECEIVED SO MUCH ATTENTION?
END_OF_DOCUMENT_TOKEN_TO_BE_REPLACED