Learning about a style of medicine with its roots in nature and the adaptability of the human body was one factor that influenced my decision to make an expedition to the Indian subcontinent in order to pursue my development as a healthcare professional.

I’m currently a student of allopathic medicine (American practice) and have been a patient of this paradigm in healthcare methodology for the last 21 years.  But I have always been curious about healthcare systems in other parts of the world.  How do cultural and geographical variations affect the doctor-patient relationship? And what about countries with fewer resources and availability of doctors, how do they endure and overcome those challenges?

India is a country with a population exceeding 1.2 billion people. The trend of prolonged exponential growth is a formidable indicator stipulating that in the next decade India will be the world's most populous country. The most conspicuous epidemic in the subcontinent is poverty. The shortage is noticeable from the moment one looks at the window from the comfort of your airplane and gawk at the spectacular topography of the capital of Hinduism. Obtaining potable water or procuring one meal a day is a challenge for many of the citizens, comparable to the challenge of finding a job in our Island.

We are all aware that Puerto Rico is currently suffering an economic crisis, causing great hardship in the day to day living of many of its inhabitants. However, I have not witnessed poverty comparable to the one seen in India in any corner of our island and for this we must be grateful. Overpopulation and poverty serve as classic ingredients for the “soup” of diseases that are idiosyncratic to India and other developing countries.

By now you must be thinking how horrible my experience must have been during my 35-day stay in the traditional medicine clinics.  The average temperature was 115o F and I was living on a mostly vegetarian diet (I'm a bacon and steak lover).  But I am pleased to inform you that those 35 days were an essential stepping stone in my professional metamorphosis. It was a unique and marvelous experience that I will be retelling in family reunions, birthdays, and bars until the end of my days.

Despite all the social and climatological difficulties faced daily, I was greeted with smiles and remarkable hospitality comparable to that of the “doñas” living in the countryside of our Borikén. I was amazed to see how every guest I had during my stay instinctively offered from their limited resources to make me and any visitor feel comfortable and dissipate the homesickness. Their sincere generosity helped to appease my sense of nostalgia for my home but the desire to see my family and go eat some “bacalaítos” eventually got a hold of me. It was bound to happen eventually and any Puerto Rican who has traveled abroad knows the feeling.

I was based in northern India, in a town called Dehradun, and its adjacent villages which stretch across the Himalayas. I approached this experience as a chance to diversify my medicinal knowledge.  My expertise in allopathic medicine, although highly useful and convenient for handling many of the cases that were attended, had to be put aside so I could focus on learning Ayurveda. Initially, because of academic prejudices, I did not see Ayurveda as a science that could be explained in a reasonable evidence-based manner. But the accumulated knowledge of over 5000 years left me dumbfounded.

All diseases arise from one of three states: deficiency in a corporal component, an excess of a corporal component or an imbalance between corporal components. Both Ayurveda and Homeopathy, which are traditional forms of medicine, concur with the practice of allopathic medicine about obtaining a patient's diagnosis.  All 3 approaches gather the patient’s medical history, there’s a physical examination, and specific tests are conducted, such as CBC, BMP, MRI, X-rays, among others. The main variation between these forms of practicing medicine is in the way of treating the condition. In Puerto Rico, our healthcare system is modeled after the one used in the United States. Here, in order to solve these states of disequilibrium, we prescribe medications and as a last resort, conduct surgery.  In Ayurveda, there is a huge range of options for treating various diseases with a seemingly infinite variation of herbal remedies and purgative methods. System cleansing and rebalancing (homeostasis) of the body is achieved by methods such as induced vomiting, provoked diarrhea, and bloodletting, among other methodologies.

Some of the procedures I found a bit barbaric and unhygienic but ultimately they presented good end results.  For example, there was a patient who had a carcinoma of the esophagus and it was being treated using a cow's horn ... you read that right, a bovine horn!!! Details of the procedure are not part of the scope of this article.  But if anyone is curious, please contact me and I’ll be happy to tell you more about it.  Other techniques appeared to be more pleasant and relaxing like the oil massages choreographed to rhythmic songs in Hindi.

During my rotations, I had the pleasure of talking with several patients who were being treated or who had received previous Ayurvedic treatment for some ailment.  All of them, without exception, extolled their doctors and their methods of medical care because they managed to effectively treat their diseases (arthritis, dysentery, some cancers, tuberculosis, etc.) without serious adverse effects.

It is worth mentioning that Ayurveda practitioners recognize the limits of their studies and admit that there are certain conditions which they are unable to treat. Patients suffering from more complex and challenging conditions are referred to other doctors who practice other styles of medicine and are better prepared to deal with the specific ailment. The stethoscope, sphygmomanometer, and the ability to observe and induce were the primary tools of every doctor with whom I worked with.

Because the lack of medical equipment, improvisation was required in many aspects of patient care. Lack of gloves, stretchers, and in some cases, inadequate electricity availability, were just some of the deficiencies visible at first sight in many of the local clinics. 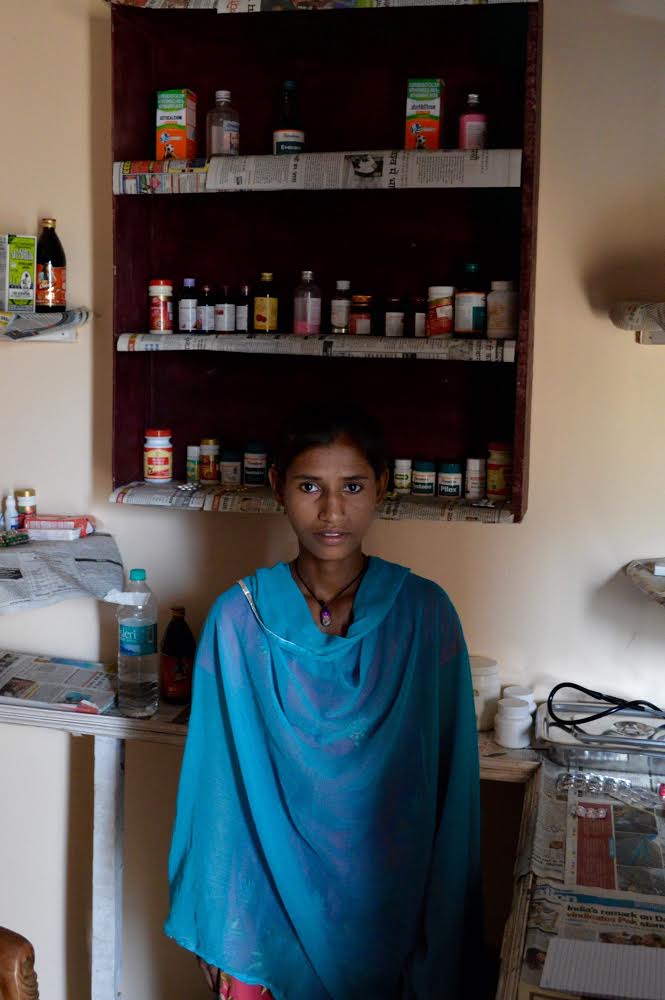 In addition to rotating in hospitals that practiced traditional medicine, I also rotated in a few hospitals that practiced allopathic medicine. In terms of efficiency and personnel adequacy, they are at the level of the United States and Puerto Rico. For this reason and because of the economic situation in the country, medical tourism is the second largest form of tourism in India. It is cheaper to travel from the United States to India, get surgery and then return than to simply get the operation in a hospital in your state.

I went to India to serve as a healthcare practitioner but because of unexpected events, roles were reversed and I ended up being a patient for three days in a hospital that practiced allopathic medicine. I can attest to the affordable and efficient treatment that was given at the hospital: I'm still alive! However, locals mostly prefer alternative medicine because it is the cultural norm and they have an ongoing skepticism about the utility of the synthetic drugs used in allopathic medicine.

Finally, a medical rotation in an extraordinary country like India is a unique experience that I recommend to anyone who wishes to become a doctor involved in global medicine. Throughout my 35 days in the subcontinent I gained enormous respect for its people who, not only survive, but also enjoy life amidst so much hardship.

Ninety percent of my time was devoted to the rotations and the patients in the clinics but during my time of leisure I was had the chance to go sightseeing and explore the wonders of India. I’ll leave you with this video of my adventure so that you may relive through it what words cannot capture.

WHAT IS COVID-19 AND WHY HAS IT RECEIVED SO MUCH ATTENTION?
END_OF_DOCUMENT_TOKEN_TO_BE_REPLACED