World Immunization Week is celebrated during the last week of April and its purpose to protect people of all ages against preventable diseases through the use of vaccines. #VaccinesWork is this year’s theme.

A vaccine is any preparation given (administered through an injection, a nasal spray, or orally) for the purpose of generating immunity against a disease. Immunity is obtained by stimulating the production of antibodies; when we generate specific antibodies against a virus, the disease is fought off faster or a subsequent infection is prevented. Through vaccines, science has succeeded in promoting the production of antibodies to prevent some diseases and their consequences before we become exposed to them. There are diseases with consequences that are too serious to simply leave our bodies to "adjust" and fight it off, as we might do with a common cold.

Today, more than one million children die every year from pneumococcal disease or diarrhea caused by the rotavirus, even though vaccines exist against these diseases. Other diseases such as tetanus, measles and haemophilus influenzae b can also lead to death, but we have vaccines to prevent them. Vaccination is recognized as one of the most successful and cost-effective health interventions. Measles mortality, for example, has declined from 535,000 estimated world-wide deaths in 2000 to 139,300 in 2010, thanks to the intensification of vaccination campaigns. However, according to statistics from the World Health Organization (WHO), more than 19 million children remain unvaccinated or are insufficiently vaccinated today. In May 2012, the Global Plan of Action on Vaccines was adopted at the World Health Assembly with the aim of preventing millions of deaths by the end of 2020, through universal access to vaccination. However, being only 3 years away from our goal, we still have a long way to go. 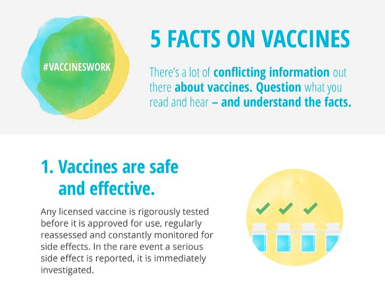 In Puerto Rico, the issue of access to vaccination is still not settled. At the end of 2015, the Office of the Comptroller of Puerto Rico published a Special Report of the audit done to the Department of Health to answer the question: "Do children and adolescents in Puerto Rico have accessibility to vaccination services?" (You can access it here.) Some of the statements made by the report are as follows:

This last point refers to the digital vaccination record in Puerto Rico, which is used by the Department of Health, but also allows you to access your immunization records online. At the moment, the information is incomplete. This makes it difficult to apply for certain federal and state funding for issues related to the health of Puerto Rican 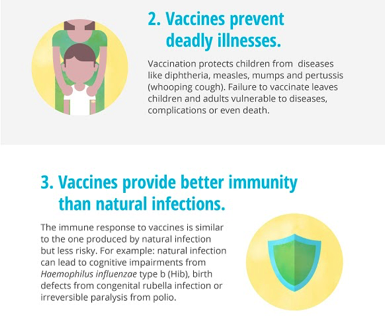 students, and limits our ability to meet CDC requirements and WHO recommendations.

Other factors also reduce the positive effect we might have through vaccination, even for those who have access to it. There is still a great deal of misinformation about vaccines, which promotes their fear and rejection.

In a study published in 2015, the authors report that according to data from the Department of Health, vaccination against Human Papilloma Virus in Puerto Rico was only 17% *. And we’re talking about a vaccine that could prevent several types of cancer! It’s necessary to combat fear with education. Because of this, organizations like VOCES (which translates to “voices”), the Puerto Rico Vaccination Coalition, work hard to educate legislators, health providers, community leaders, and the general public about the importance and safety of vaccination. In addition, they seek to make vaccination more accessible to all.

Here is a fragment from the message that the President of VOCES, Lilliam Rodríguez, issued in honor of this week: 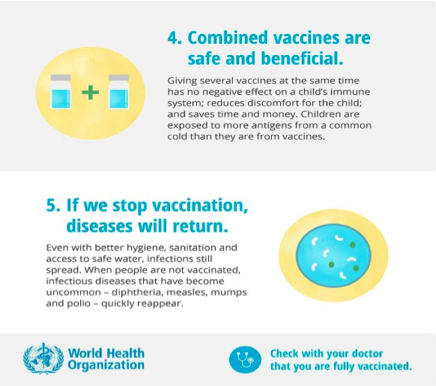 "Today we continue with the Campaign to educate and confirm that all studies based on scientific evidence confirm that vaccines are safe and effective! I want to invite you to share our posts this week and make our VOICE heard. The success of vaccines today is our greatest challenge because not seeing these diseases that we are preventing, lead some today to believe they are not necessary anymore. I invite you to help us spread this campaign and join us in celebration of our 5th Anniversary as an organization with the Hashtag #VaccinesAreSafeAndEffective #Ibelieveinvaccination and upload your photo. I’m counting on you."

Much remains to be done to ensure universal access to vaccination, but we can begin by educating others about its importance. If you want to join the awareness campaign, you can find images to share on the WHO page and follow VOCES by twitter and facebook.

If you have any doubts about the benefits of vaccination, your safety, or what vaccines could benefit you, don’t hesitate to talk to your doctor!

WHAT IS COVID-19 AND WHY HAS IT RECEIVED SO MUCH ATTENTION?
END_OF_DOCUMENT_TOKEN_TO_BE_REPLACED