PDF version
Grizelle González, researcher at the International Institute of Tropical Forests and a leader of the project Poetic Science

A soil ecologist and biologist, Grizelle González turns to art to better understand science. She currently is the project leader of the research unit of the International Institute of Tropical Forestry. With a Doctorate of Philosophy in Soil Ecology and Biology, Grizelle is also an adjunct faculty of the Department of Biology and Environmental Sciences at the University of Puerto Rico. Her recent collaboration with the project “Poetic Science”, at the Museum of Contemporary Art (MAC) in Puerto Rico guided our attention to her in order to further the understanding on her insights about art in the realm of science.

Why did you become a scientist? What was your inspiration?

Grizelle: A quick answer to this question is because I have always wanted to remain connected to the land my grandparents so much worked and loved, in the towns of Arecibo and Lares, respectively. As a child growing up in the city of Carolina, the regular visits to the farms in the country were always a nice escape to the crowded urbanization setting I lived with my parents and brother. In Lares, among a family clan of more than 60 people, I was the only female that consistently loved going out to the fields to participate in “scavenger hunts”; collecting crops and fruits that would later be shared in equal parts put into cloth bags, “sacos”, to be later consumed by each individual family during the week. At that early stage, I particularly enjoyed digging and feeling the soils while looking for ñames, yucca o yautía – in the great company of my grandfather, a favorite uncle, and dad. I truly admired them for the vast traditional knowledge they had from the land they had long lived in and from.

Over the years, the reasons for becoming a scientist became more complex but consistently built on the foundational experiences of my childhood. As I graduated from an arts high school, and almost out of rebellion, I wanted to do something completely different from the visual arts to demonstrate to myself and others I could raise to the challenge of learning other disciplines. Later into my biology degrees as an undergraduate and graduate student at the University of Puerto Rico, I decided to become a scientist while pursuing a doctorate degree abroad after a deep reflection of just wanting to be happy as a person, and over the long-term with a career that was aligned with my core values (not from what society was expecting from me – like becoming a medical doctor, as this is the first choice of many studying biology degrees), in a discipline I thought I had talent for and that was relatively unexplored. Thus, I became a scientist as I felt fascinated and strongly attracted to the study of soils - its ecology, and the biology of the organisms that live in it – particularly the earthworms. 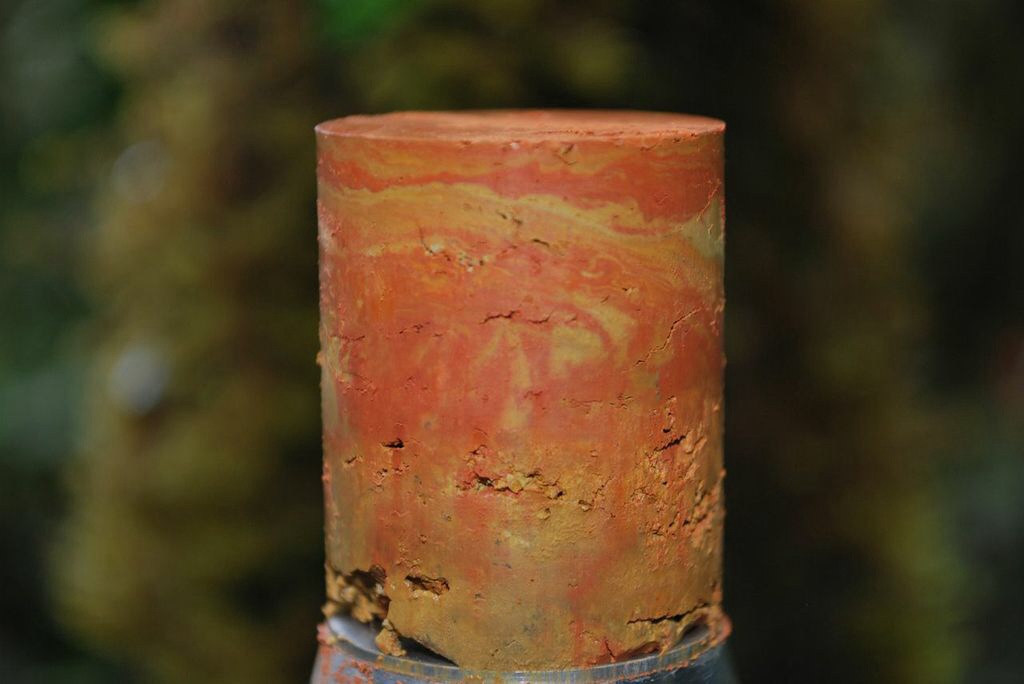 Usually, scientists are very rational people who strive to perceive the world in a form as objective as possible. When did you return into art and to foster the subjective dimension of the world?

Grizelle: I had the great fortune to study arts through middle and superior grade school at the Escuela Central de Artes Visuales in Santurce.  Thus, at an early age I was taught and trained by experience and practice how to appreciate and express thoughts through an artistic language. It is true there is a perception that scientists are often rational objective individuals but in reality this is not always the case. At the same time, artists go through a very similar process to that of scientists while initiating a project – both go through phases of inquiry, development of ideas, formulation of questions and hypotheses, and selection of methods, techniques or tools to be used. The desire for the development and advancement of a talent, discipline and a particular product that leads to the conclusion or realization of an idea is a never ending process that is common to both arts and science. The answering of a question inevitably opens the door for another and potentially newer inquiry. Thus, I believe artists in their process of art expression can also be very objective. There is plenty of room for subjectivity on how people can perceive and interpret arts and some science. Although at an early age I learned to appreciate art and creative subjectivity; it is recently that I can recognize the merging of those subjective / objective dimensions of the world as highly related to the acceptance and the importance of fostering a healthy community based this diversity of thought.

How did your scientific work change after starting to recognize the value of art?

Grizelle: At one level and only in hind sight, I believe the type of education I received as an artist very well trained me to be a scientist. Many skills and abilities needed to be good artist (for example, structured discipline, creativity, pursuit, persistence, knowledge of methods and techniques, ability to produce under pressure, and how to deal and sort through constructive criticisms) are essential and at the core of being a scientist. On a broader sense, I started to recognize the value of art once I discovered that an arts and science collaboration is a creative way to teach and show others the work we do as scientists in an non intimidating way; where the conversation can start with the description of the subtleties of an art expression but can also serve as a template to communicate ecological principles (as it is in my case). Art can help us reach and bridge to people of all ages and levels of understanding of the science - fundamentally that is one of my greatest realizations from the “Poetic Science” exhibit. It is quite intriguing and at the same time so satisfying to see a 5 year old kid feel as excited or fascinated by the results of an arts and science collaboration as an arts or science university professor.

How does art helps you to better understand science?

Grizelle: I am convinced art can help all members of our society better understand science.  As the project leader of the Institute, I believe we can use arts as an educational tool to better develop a new generation of scientists in Puerto Rico. Through this arts and science collaboration I have learned that there are actually many different pathways to engage people in science, independent of age or educational status – this realization makes my job at translating the research we do into the general society, easier and much more enjoyable. Thus, I can easily envision a tri-lateral framework where outreach efforts are anchored on arts, science and education. 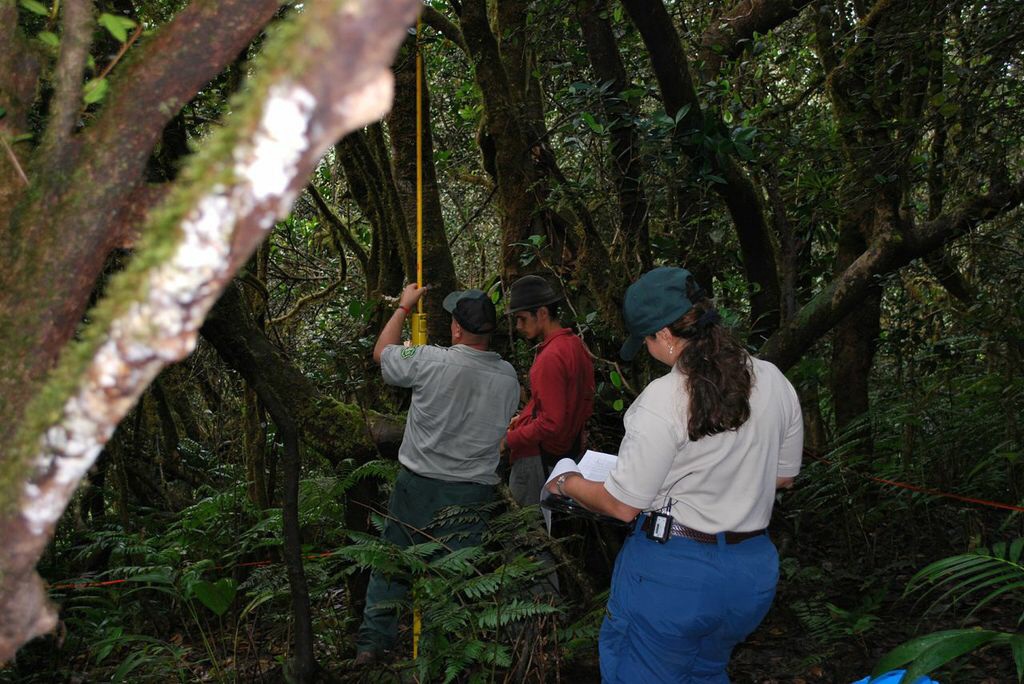 Can you tell us about a specific example of your work in which art has played an important role?

Grizelle: As we started working in Poetic Science and even after the artists arrived, I did not realize how important or how big of an impact this collaboration was going to have in our own work environment.  But pretty soon after we started going out into the forest and doing research, we learned the value of getting a fresh look at the things we were doing on a daily basis through different lenses. It is so easy to fall into a routine of visiting permanent study sites and mechanically start taking measurements; particularly if you are doing so over the long term – collecting the same data (whether it is rainfall, air temperature, stream sedimentation or amount of litter falling from the forest canopy) every week or every month over the span of 10-20 years. Thanks to the artists we were able to recalibrate our senses; which is something that had a great positive impact on all of us (scientists and technicians) at a personal level as well as professionals working on a team environment.

How did you get involved in the exhibition "Poetic Science"? 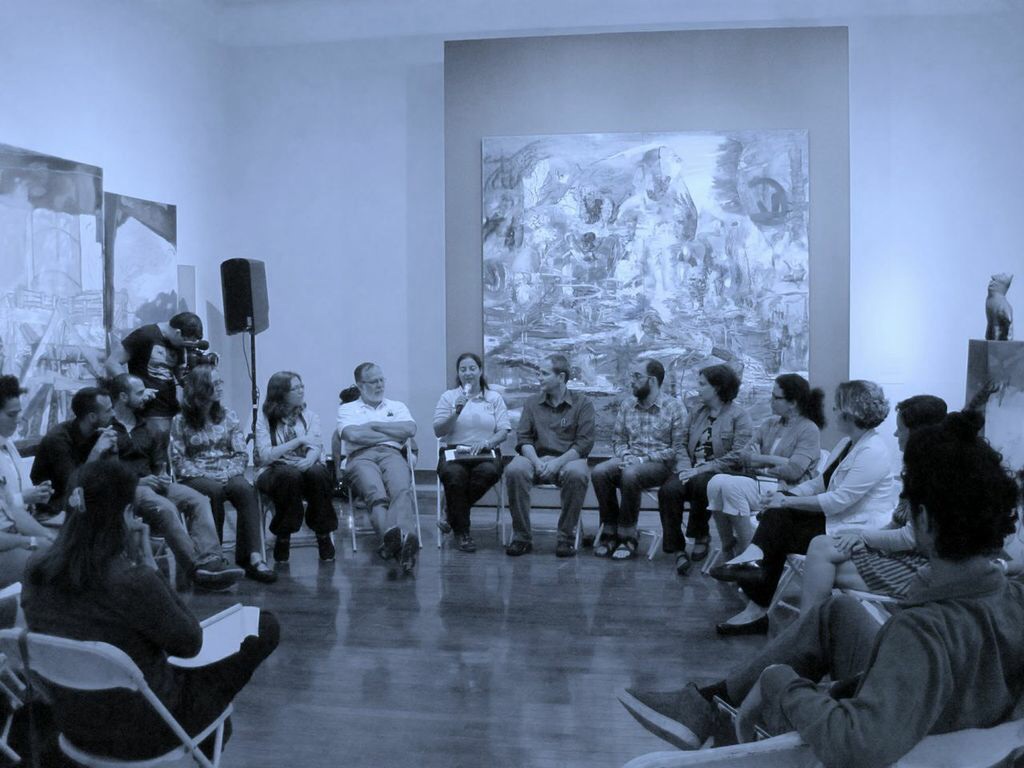 Group of artists, scientists and administrators
of the Museum of Modern Art and
the Colorado Art Ranch

Grizelle: "Poetic Science" is the result of an arts and science collaboration that started with a proposal I wrote more than a year and half ago to a request from the Aldo Leopold Wilderness Research Institute in Montana. As part of the celebration of the 50th Anniversary of the Wilderness Act (established by the US Congress in 1964), the Wilderness Institute wanted to established arts and science residencies in six biomes across the US that would represent a variety of ecosystems and partner agencies. El Toro Wilderness in El Yunque National Forest is a unique location – representing the first designated wilderness in Puerto Rico and the first designated tropical wilderness in the national forest system, so it seemed like a good option. The selection criteria of sites also included the significance of the research work to be performed, the openness and willingness to work with artists, the ability to host artists for month and some level of video documentation. Once El Toro was selected as a participant site, artists from all over the word submitted online applications to be considered for the residency. In my initial conversations with the Wilderness Institute, I exposed them to the idea of adding local PR artists to the experience, and to my delight and surprise, that proposal was accepted. I then presented the project to Marianne Ramírez, Executive Director of the Museum of Contemporary Art (MAC) in Santurce, PR who wholeheartedly supported the project by recommending the local artists, integrating the participants into the exhibit of Puerto Rico: Puerta al Paisaje and together we developed the Poetic Science exhibit.

The Wilderness of Science and Art Collaboration. A video of the USDA Forest Service

Grizelle concluded the interview saying that “science certainly has a poetic dimension - as scientists have developed the capacity to identify and study meaningful relationships, use the language of concepts and see the value in graphic or visual communication to translate particular findings.”

WHAT IS COVID-19 AND WHY HAS IT RECEIVED SO MUCH ATTENTION?
END_OF_DOCUMENT_TOKEN_TO_BE_REPLACED