Currently Dr. Celia Andreu-Sánchez is associate professor at the Department of Audiovisual Communication and Publicity of the Autonomous University of Barcelona. In addition, she is one of the principal investigators at Neuro-Com Research Group where she analyzes the advantages of neuroscience for the art of communication and perception. Dr. Andreu-Sánchez is also researcher at División de Neurociencias of the Pablo de Olavide University in Sevilla. In this interview Dr. Andreu-Sánchez deepens on some concepts that drives our manner to appreciate and evaluate beauty, and certain implications upon design and architecture.

Why did you became a neuroscientist? Was it because of your interest in neuroaesthetics or because another reason?

My interest in neuroscience originates because I wanted to know the perceptual processes of communication and I wanted to know how to create effective audiovisual messages. There is no more formidable challenge that contribute with something, though little, to the understanding of how we believe and creates the world. The brain is one of the last frontiers where we can venture.

Any research that implies the remote possibility of save lives, on my criteria, might be more important and deserves more attention and resources that the investigations that do not. However, to comprehend the laws that rule the aesthetic creation and perception can have applications of great interest for society; being able to improve the design of communication messages, among other things. From the point of view of communication, would not be helpful to receive audiovisual messages that were optimal and effective? This is not just about beauty, but about something more elusive, the art. That unique feeling of the artistic experience and its perception can have implications not just in education, but in rehabilitation too. On the other hand, many times the artistic experience was designated as ineffable, and impossible to describe with words. Is fascinating that neuroscience can actually provide an explanation in order to begin to understand such complex brain processes. There is a lot to learn, we know so little yet. Perhaps these investigations will bring, as has happened in other basic research areas, applications and discoveries that we cannot even imagine. 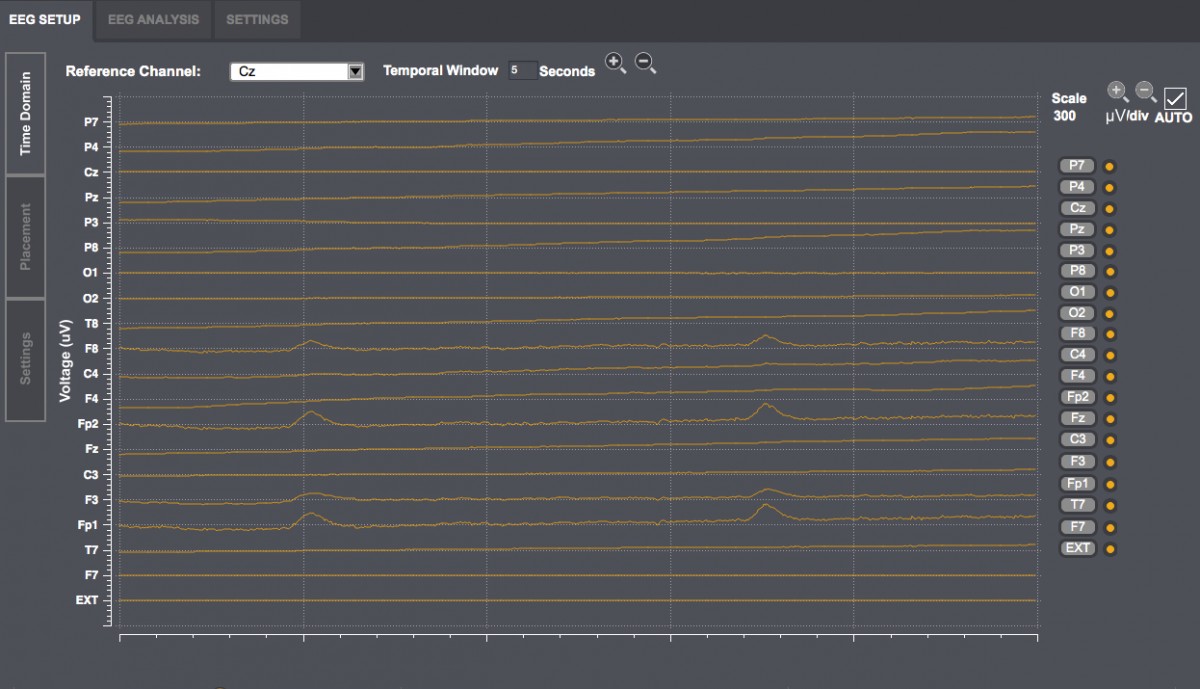 A popular text book among architecture students is “Understanding Architecture” by Leland M. Roth. In this book, the first definition given for architecture is that “it is the art into which we move, the art that wraps us”. According to the author, art is the dimension of architecture that “delights” the inhabitant and, in subsequent chapters, it is very clear that delight “relies at all times of the different subjective responses that it raises in individuals”. How accurate is this definition from a neurobiologist point of view? Does delight relies at all times of subjective responses only?

The perception of beauty is objective, the parameters implied on it and their functional behaviors are objective too. What is subjective is the things that trigger that delight into each one of us. Thus, the same happens, in general terms, in an individual that appraise an architectural style, and another individual that does it with a totally different style. If we interchange the styles, probably none of the individuals will feel any delight. Somehow, what causes delight in each one of us relies on cultural factors, but the delight or the kind of feeling or pleasure is the same. In literature and audiovisuals we use to explore the relevance of intertextuality to comprehend how the recognition of previously seen objects and styles can trigger pleasure in the beholder or reader to the situation of recognition or the aha! moment.

Pier Luigi Nervi is one of the most important engineers in the history of architecture. In a lecture dictated at Harvard in 1961 he asked “why does thrill us certain forms the same way that natural objects such as flowers, plants and landscapes, to which we have become accustomed? We must notice that such natural objects have a common structural essence, an absence of decoration, a purity of lines and forms more than enough to define an authentic style.” According to your investigation on neuroaesthetic, how would you respond to Pier Luigi Nervi? Why does natural objects thrill us? Why does our brain links this objects with beauty?

As an engineer, Nervi worked with very basic structures that assembled will lead you to a dizzying complexity. These structures, as any architect that remembers the golden section and fractals knows, create the same feeling of order that we can appreciate in the natural world: beehives, tree branches, and sea shells… We are part of that nature and we are embedded in it as demonstrated by Darwin. In his book about the human and animal gestures, he remembered how a physiological reflex such as blink, can be a social dance, unnatural, through which a cat expresses pleasure or through which a person expresses surprise. Before we focused on the concept of beauty, neuroscientists and linguists have spent years discussing if the language and its expression in humans is “nature “or “nurtured”. Seems that there is an innatism in the way that the brain processes language and appreciates art. The bricks used by the brain, those learning algorithms, are very usual in great part of our perception and some way they determine what world we see. A well-known neuroscientist, Edelman, likes to talk about “second nature” to analyze the world through the eyes of an architect, an artist, or a scientist. There is nothing more artificial, and however is equally natural.

Is beauty a concept that completely relies of what we learn from our individual experience, or there are pre-conceptions of beauty independent of individuals and therefore are universal constants?

Currently, there is reliable information on both theories. On the one hand, is understandable that part of the perception of beauty and pleasure is associated with the individual history of each person. On this theory, as we have already mentioned, the concept of beauty would be strictly linked to the concept of intertextuality. In neurological terms, we would be talking for the first time about the recognition versus the knowledge of something.

On the other hand, it has been postulated the existence of Universal Laws of the artistic experience. These universal laws of art have been proposed by neurologists Hirsten and Ramachandran, and relies on the existence of common patterns in the creation of art. Some of those proposed universal laws are the hyperbole, the symmetry or the perceptual aggrupation among many others which have evolved from the domain of psychology from Gestalt. Certainly, the well-known experiment of Tekete-Maluma or Bouba-Kiki, observed by Köhler, a psychologist from Gestalt in the twentieth century, and reproduced at the beginning of the twenty-first century by Ramachandran, introduces the concept of the universal laws of perception linking sounds with forms in an ordered manner. This theory has been proven, and the only thing left to investigate are those universal constants of perception and the creation of beauty, area in which currently are some research groups working.

What are the most common patterns, forms, and proportions that people associates with beauty?

Symmetry is one of the parameters most associated with beauty. Different investigations have demonstrated that symmetrical forms are preferred by humans. Some of the proposed explanations link this fact with evolution, justifying that the symmetrical signs in animals indicate genetic quality. Other more practical explanations uphold the easiness that gives symmetry to recognize any object from different vantage points.

The neurologist Semir Zeki says that “artists are neurologists researching the mind”. How important is the work of an artist nowadays for the investigations on neurobiology?

In neuroaesthetics, applied neuroscience to art, researchers aim to understand common patterns in the brain for the artistic creation and aesthetic perception. Artists are very important because they are the constant creators of art and thus, suitable subjects for the analysis of their brain activity during such creative processes. Effectively, Semir Zeki likes to say that the artist practicing their art is putting into practice the rules of brain organization that neuroscientists study when talking on the aesthetic universal laws. I witness how Zeki harmonizes this during an intensive morning in a symposium in Barcelona until an opera night at Liceo. There is a lot of interest, for example, in the topic of musical perception. There are many investigations that have demonstrated the relevant functional difference in the brains of musicians versus other persons when listening musical compositions, having more brain activity in areas linked to creativity and interpretation. The analysis of musicians’ behavior versus other people have provided important insights to the study of brain behavior. In fact, the development of this kind of artistic skills foster plastic and physiological changes in the brain. There are areas that increases their size and connections. Some other arts such as painting or architecture can follow the same conclusions.

Can beautiful objects improve the physical health of those people who appreciate them?

It is already known that contemplating beautiful objects can trigger pleasure and this pleasure could be translated into a chemical response in the brain that actually benefits the person. We can say that this is universal. However, it is not universal those objects that each one of us define as beauty. Here is where the creators of art which aims to be beautiful must ask themselves how to create beauty. Neuroaesthetics aims to do that, and give some answers in the near future.

Scientific Reflections On a Work of Art

WHAT IS COVID-19 AND WHY HAS IT RECEIVED SO MUCH ATTENTION?
END_OF_DOCUMENT_TOKEN_TO_BE_REPLACED