From an early age I have been interested in understanding the interactions between the fauna, the ecosystem and humans. These interests played a key role in my decision of pursuing my undergraduate studies in biology at the Metropolitan University (UMET) of the Ana G. Méndez System. During my sophomore year I took a botany course with Professor Eva Dávila. That experience helped define my next steps. Professor Dávila became a mentor and I worked in her laboratory in several projects related to zoology and botany.

Motivated by the desire to obtain more research experiences, when I was almost done with my bachelor’s degree, I spent a summer doing research at the University of Texas, El Paso (UTEP). This was a great challenge; it was the first time I was living on my own for an extended period of time (two months), in an unfamiliar place where most people spoke English, including my research mentor at UTEP. It was a summer full of learning and gratifying academic and personal experiences.

In the summer of 2012 I had the opportunity to work on a UMET project in the northern karst region of Puerto Rico, particularly the forests around the Arecibo Observatory. This research project was the beginning of the story I would like to share with you today: my 7 months in China. My research project required that I travel to Guizhou province in southern China, a place ecologically very similar to Puerto Rico. But to go there I would have to wait a year. 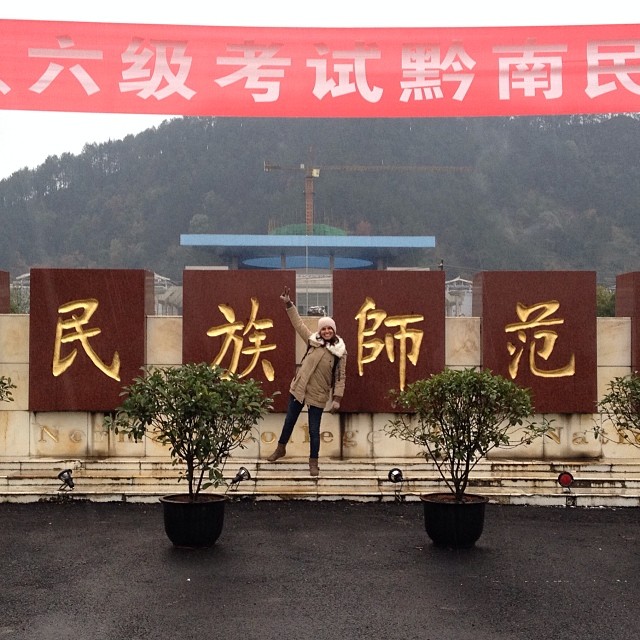 In June 2013 I traveled to China to continue with my research project at the University of Guizhou, where I was supposed to stay until August 2013. The challenge of spending a summer in China was at a different level: I moved—alone—to the other side of the world, without knowing anyone and without knowing any Mandarin. I was scared, but thankful for the opportunity.

As soon as I got to the airport in Beijing—my first stop on my way to my final destination in Guiyang, the capital of the province of Guizhou—I felt the cultural shock. The first challenge was language: nobody spoke Spanish, and very few spoke English. The language barrier initially jeopardized my research, because my mentor at the University of Guizhou did not speak English (and much less Spanish) and so we have to communicate through written notes and with the help of the student who was my research assistant and who spoke some English.

Another great challenge was the lack of resources and a well-equipped lab to do my experiments. But that didn’t stop me: I went shopping around for whatever materials I could find to make my work tools. With resolution, creativity and determination, I was able to complete my investigation. 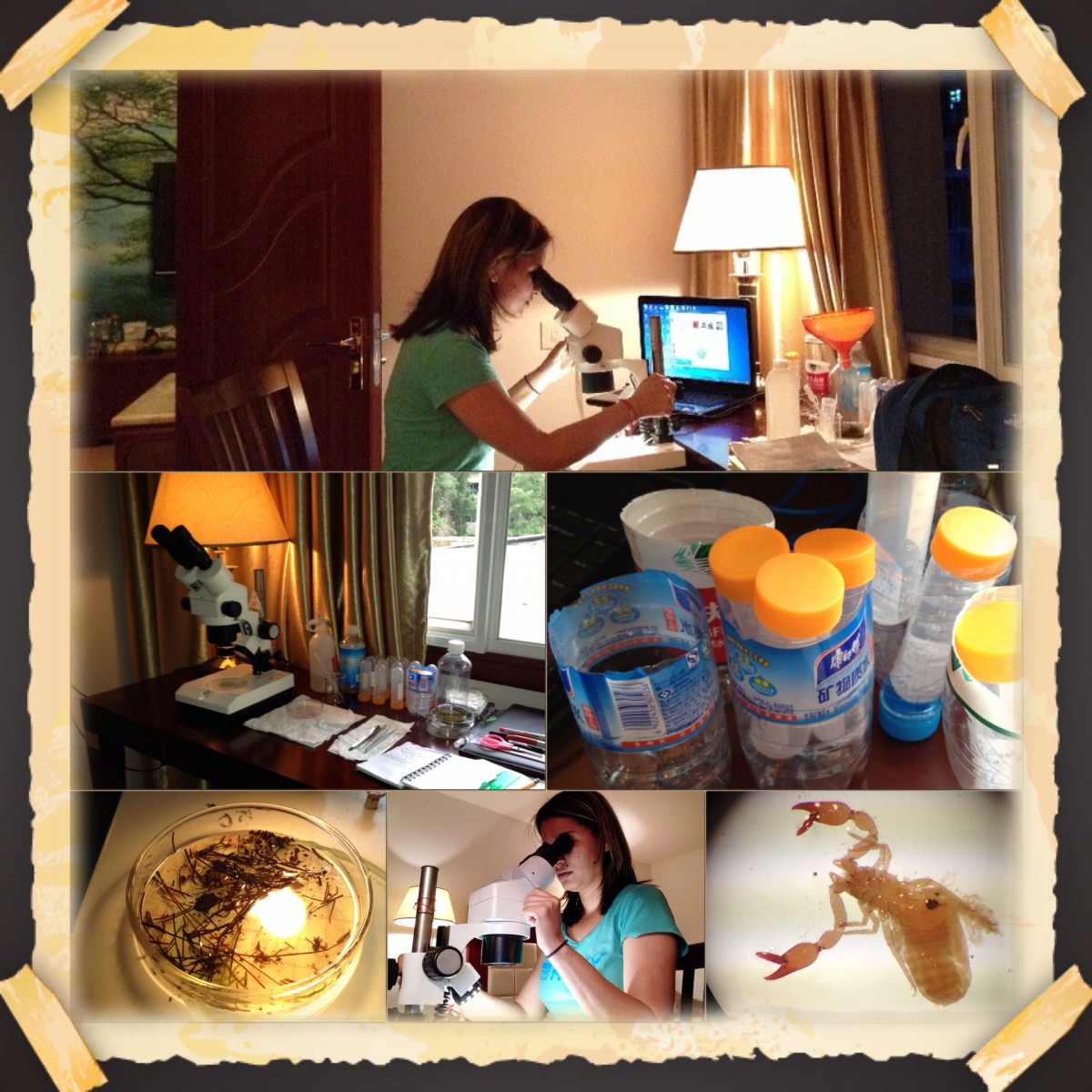 At Guizhou I have to create my own lab

Another challenge I can’t overlook is getting used to the food and traditions. Weeks went by before I could get adjusted to the time change. 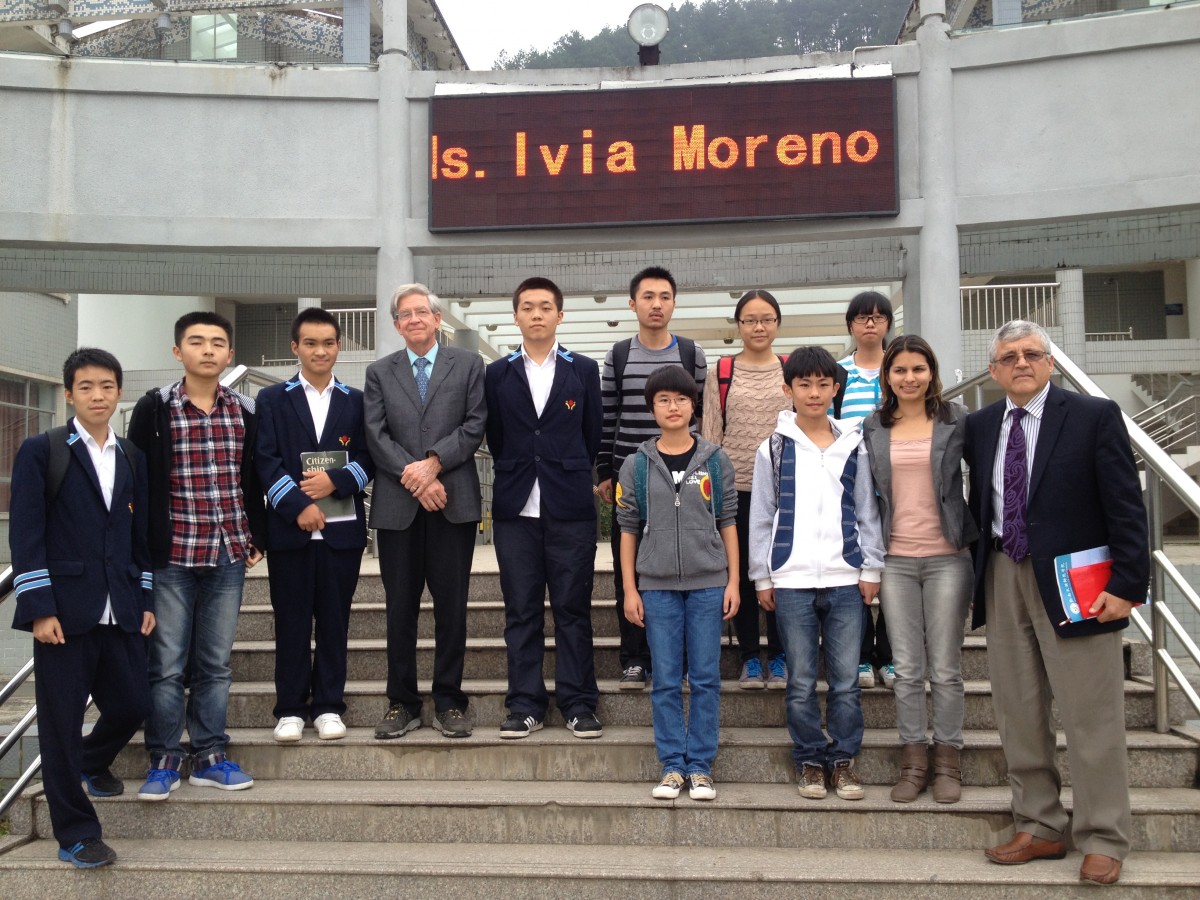 During the month of July of that summer, I was given the opportunity to offer a two-day workshop about the scientific method to 20 Chinese students in QianNan Normal College for Nationalities (QNCN) in Duyun, QianNan, in the province of Guizhou. This workshop was part of a collaboration between UMET and QNCN to create a Saturday research academy for high school students.

After that worskshop, QNCN offered me to stay as the coordinator and mentor for the Saturday researcj academy for a semester, until December 2013. Honestly I was scared by the offer and I hesitated to stay. After two months in China I was eager to go back home to Puerto Rico. However, this was the opportunity of a lifetime. Grateful and excited about the opportunity this would represent, I decided to stay in China!

In September 2013 the Saturday academy started with a group of high school and undergraduate students. Most of them didn’t speak English, but they could read and write it a little bit. However, they where very interested and eager to learn the language and I was working together with a Chinese teacher that did speak English to help them accomplish their goal. She helped me communicate with the students.

My purpose at the academy was to guide the students in completing their research using the scientific method. Each student had an assigned mentor and worked on a specific project. Our goal was that they could create a research poster and give a presentation about their work in a symposium at the en of the semester at QNCN. 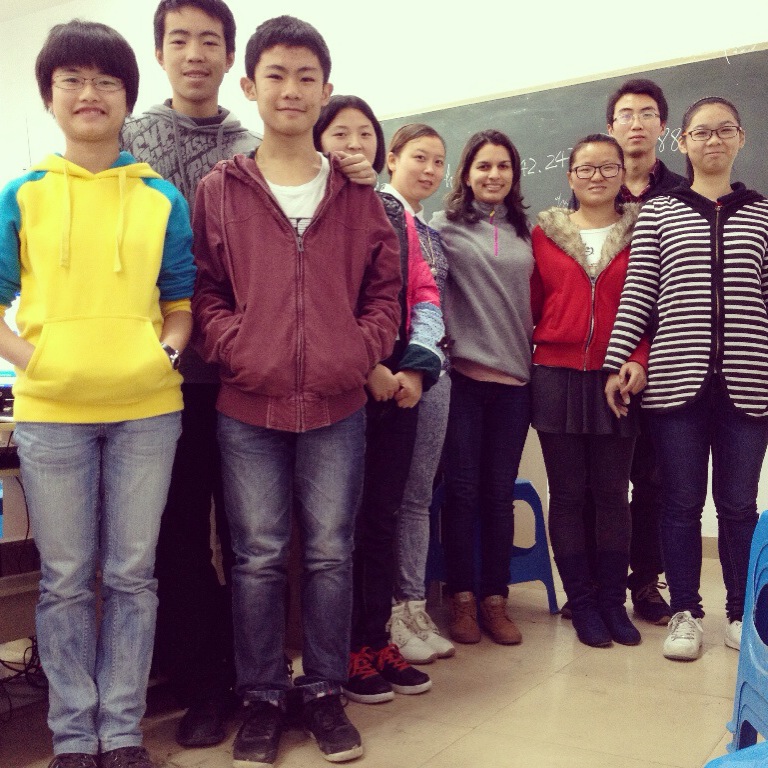 Once we reached our goals as a team, I was proud and thankful for the time spent in China. Seeing the development and growth of the students who started—just like me that summer—with great challenges and few resources but who enthusiastically persevered to meet their goals to open new professional and personal goals, was a true gift. That was the greatest satisfaction after a challenging but enriching experience living on the other side of the world for 7 months.

Being away from my family and loved ones and being unable to communicate regularly with them over the phone and the Internet was difficult, since many times those services didn’t work properly. Some days I was anxious and desperate; however those days made me stronger and more focused on what I had set to do. My time in China was a four-stage process: adaptation, isolation, acceptance and integration. After the culture shock I was able to really enjoy my experience and make the most out of it by learning about the rich Chinese culture and traveling around Asia.

In China I learned that nothing is impossible, as long as you are focused and put all your will and energy towards meeting your goals. I learned that resources (technology, tools, human resources) are necessary but that creativity, adaptability and confidence in yourself are really powerful tools.

Educating is a big responsibility and being able to share my knowledge with other students and support them to help them reach their own goals was and will be my way to pay it forward.

**I would like to thank Dr. Bo Peng of FAST, Qiannan Normal College for Nationalities and Dr. Juan Arratia of the UMET Student Research Development Center for their support during these programs and experiences.**

Borinqueña emphasizes the contribution of Puerto Rican and Hispanic women in science and technology and provides a space to discuss topics of interest about the empowerment of women. In ‘What’s up Borinqueña?’ we share a variety of experiences and perspectives from different women and men that are committed to advancing equality for women in science.

If you want to know more about Ivia, visit her profile. Mónica Feliú-Mójer (@moefeliu) contributed with this story.
Share this story using #Borinqueña and do not forget to visit our store.

WHAT IS COVID-19 AND WHY HAS IT RECEIVED SO MUCH ATTENTION?
END_OF_DOCUMENT_TOKEN_TO_BE_REPLACED