I knew my idea was not unique, mainly because it was originated by a collective need.  Just like many others, I felt the need of having a voice and to form a space for a community that will represent the women in science of Puerto Rico. A special community dedicated to put in the spotlight Puerto Rican women pursuing careers in science, technology, engineering and mathematics (STEM). This was my personal desire, my aspiration, that I share with many other women and men who expressed their joy when the Borinqueña blog was born.

The concept of the Borinqueña blog went through many changes before it was completed. It changed its name, and its colors, and became a group initiative more than a personal one. However its original purpose was clear, to highlight the scientific contribution of the Boricuas and Hispanic women and motivate and set an example for future generations of female scientists. 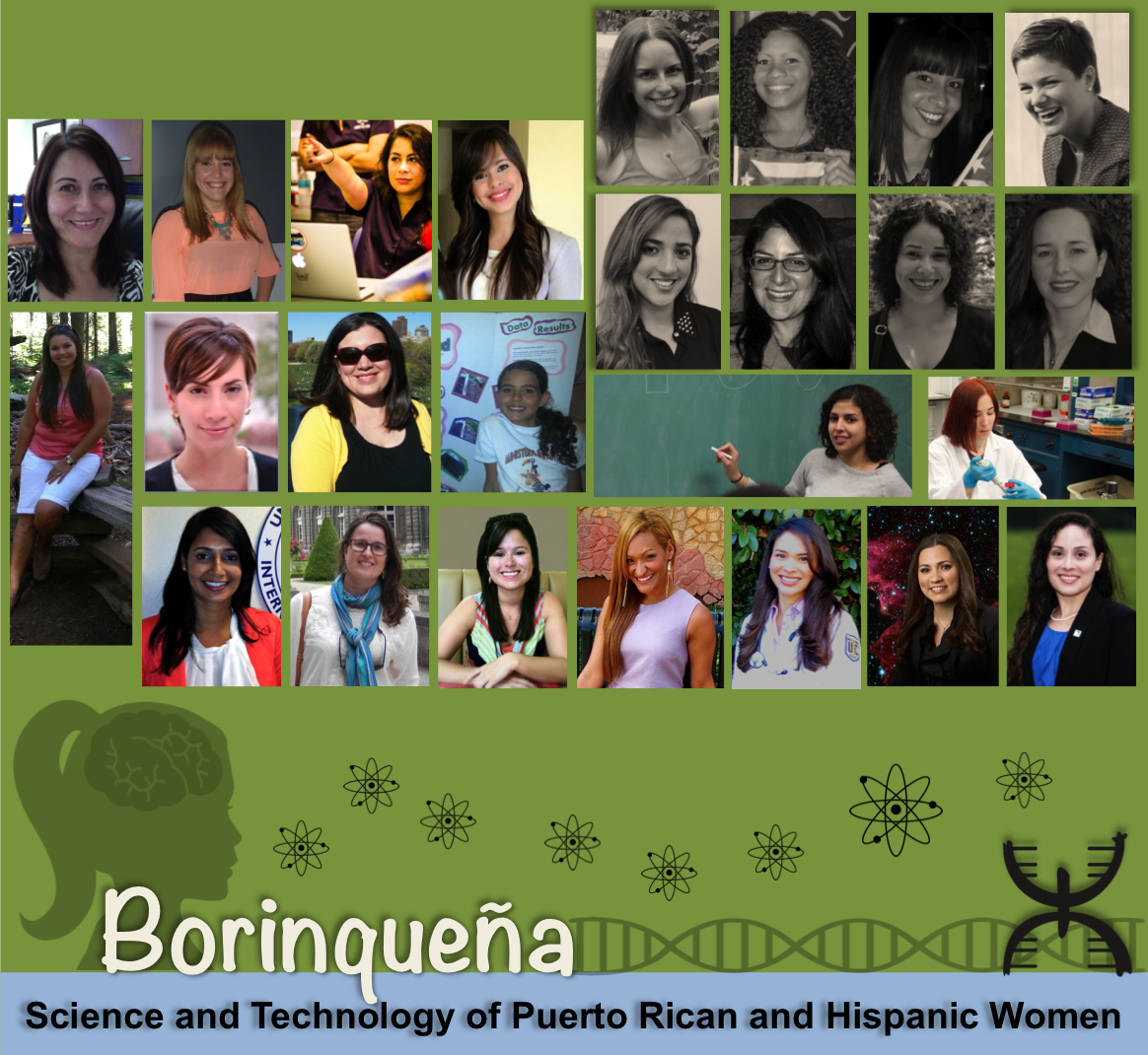 The team of the Borinqueña blog made a reality what once was an idea of a dreamer student.  Their recruitment process was very easy, mostly because they understood and share my need of having a voice for Borinqueñas in science and they’re overflowed with enthusiasm and excitement with the concept. These qualities sealed the deal and made these women a very special team.  They went for it, they gave shape to the idea and started building a new page in the history of Puerto Rican women in science. In addition to highlight the currently active women in science, Boriqueña’s work and effort provides the opportunity to look back and rescue the legacy of those who were there before, recognizing those women whose intellect and passion helped develop science during more difficult times. The Borinqueñas mission is to make visible and to highlight the achievements and success of female scientists and engineers of Puerto Rico and the world to promote positive role models for future generations. This group of young female Boricua scientists, who volunteer their time and said yes to this project, is also committed to promote the “Seeds of Success” planted by our young girls. And if this weren’t enough, I have to say that we are very fortunate when other Borinqueñas from all over the world have joined this effort and have made this idea to grow to become the voice of the Boricuas women in science.  The success of the Borinqueña blog is theirs too.

We have told many stories during the first year of the Borinqueña blog. We have learned from each other and from other women experiences. We have shared stories of successes, stories on overcoming failures and challenges, stories of dreams and how to make them a reality. 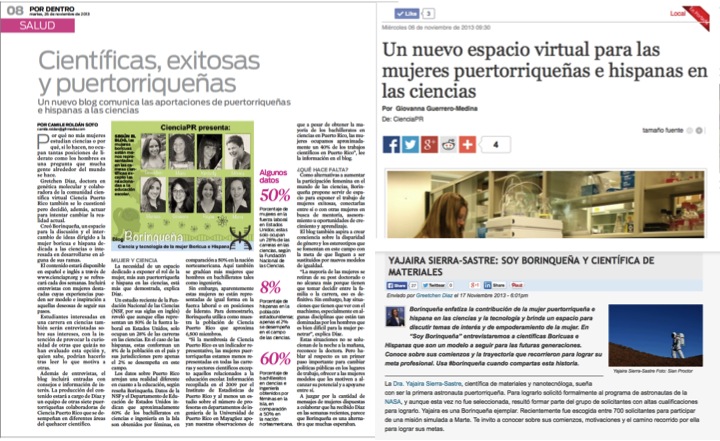 Borinqueña blog was launched in November 2013

A year ago being Borinqueña turned into something that describes so much more than being Borinquen’s child, much more than having Puerto Rican blood running through our veins or having this tiny island attached to our hearts. Since a year ago, being Borinqueña is also a synonym of a professional and working woman who is leaving her fingerprint through science, paving the way for future generations of women. Now that I have returned to my beloved island, I look back and my heart is filled with joy when I think that that idea was not just mine, was not unique, was the idea that represented the voice of every Puerto Rican female scientist, every Borinqueña.

Puerto Rico is privileged to have abundance in scientific talent, but nevertheless, we have a lot of work to do in terms of gender equality in the work force, especially in science. Unfortunately gender equality is not just a Puerto Rican issue, it is a global issue but we are looking to set an example to the rest of the world.  Unlike other countries, Puerto Rico leads in having an exceptionally high enrollment and graduation of women in some STEM fields. Know that we are many and we are strong. We have a lot to tell the world, but especially to our own country.

Puerto Rico: if science and technology will be the bet for finding solutions to our biggest challenges and therefore, to enhance our economy, then our island is fourtunately in the hands of women ...

Thank you Borinqueñas for all the triumphs so far! Let’s go for more.

Marissa Morales collaborated in this story. Borinqueña emphasizes the contribution of Puerto Rican and Hispanic women in science and technology and provides a space to discuss topics of interest about the empowerment of women. Use #Borinqueña to spread the word. Also, visit our Borinqueña Store.

WHAT IS COVID-19 AND WHY HAS IT RECEIVED SO MUCH ATTENTION?
END_OF_DOCUMENT_TOKEN_TO_BE_REPLACED