PDF version
This month of March is Nutrition Awareness Month. Learn why monitoring your weight regularly can help you avoid weight gain. 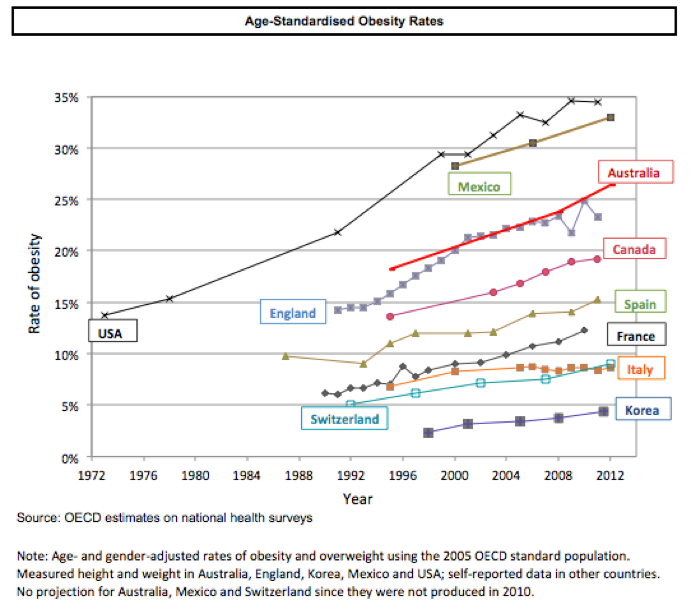 According to the Organisation for Economic Cooperation and Development (OECD),the rate of individuals overweight and obese worldwide has doubled between 1980 and 2014 and continues to grow (Fig 1). This path is primarily led by the United States, including Puerto Rico. Currently, 65.8% or two-thirds of the Puerto Rican population is considered overweight and 28.1% or close to one-third, is considered obese.

Weight gain is accompanied by chronic diseases, including type 2 diabetes, cardiovascular disease and depression (Fig 2) . This does not exclude children. Pediatricians are beginning to see type 2 diabetes as never before because 31% of children are overweight or obese in Puerto Rico. Unfortunately, children have no control over what they eat daily or about the habits they develop.  In Puerto Rico, we are not used to practicing preventive medicine, where we follow the recommendations of our primary care physicians, and it is time to revindicate ourselves.

Since obesity is an epidemic at a global scale and growing, it is important to find effective ways to prevent weight gain and accelerate its loss. At Cornell University, I am grateful for working with Dr. David Levitsky and his team in research on nutrition, eating behavior and weight control through human experimentation. 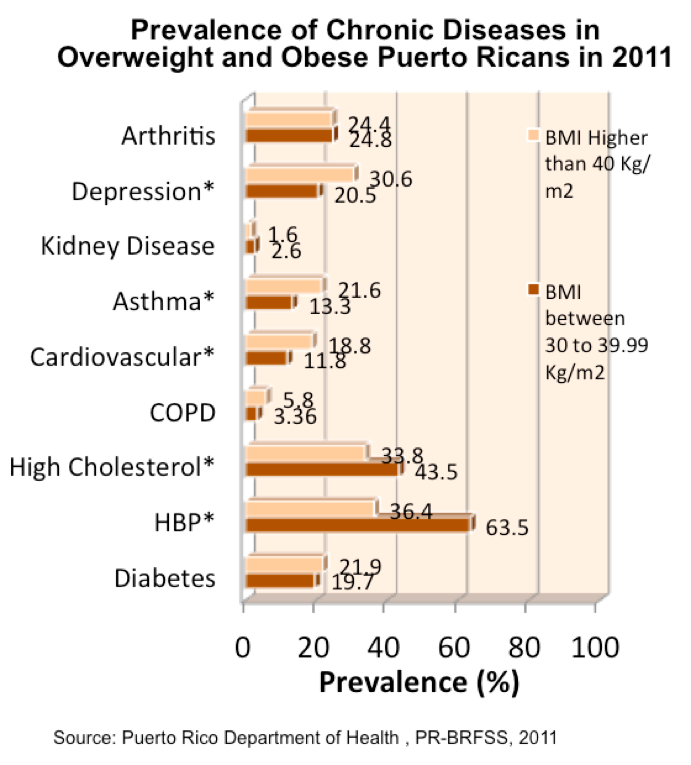 Their studies have shown that the average person gains, at least, two pounds a year, which greatly contributes to related weight gain with age. It begins after adolescence and lasts until about half of our lives. Some attribute the weight gain to biological growth factors but studies show that it is mainly because we consume more calories than we burn. So the key question is: what can we do to counter this "inevitable" weight gain that comes with age?.

Much of our experiments revolves around primers.  In psychology, primers are implicit signals that can alter our behavior to subsequent stimuli. It's amazing the power the mind has over how we perceive things! For example, a person who sees a poster with pictures of people exercising will be more likely to make healthy food choices than a person who does not see them. This is the basis of one of the most famous experiments of my research group.

One study published by Dr. Levitsky found a correlation between weight management and being frequently weighed, in college students. In this study, first-year students at Cornell University were weighed and observed for a period of two years. Interestingly, this not only managed to stop the weight gain related to aging but absolute weight loss was observed during this period. We concluded that simply watching your weight on the scale allows you to see the immediate consequences of your eating habits in order to stimulate you to make healthier choices during the day. Since then, the weight scale has served as a primer in later experiments in which we affirm the power it has to change a pattern of behavior in society.

The most recent experiment took place over a year, again in young adults. Something interesting was that men reacted differently when compared to women: their weight loss was greater. It was suggested that, unlike women, men do not grow in an environment where they are constantly exposed to stimuli that promote healthy eating, maintaining an ideal weight or buying diet books and counting calories. 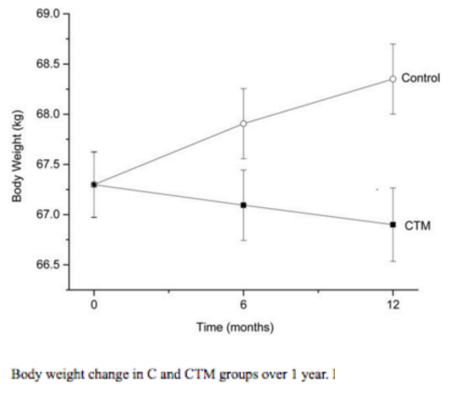 Statistics show that approximately 95% of young people begin a journey of weight gain as they begin college (Fig 3). Which is why the results of these studies are so important. In future experiments, we hope to generalize this theory to the adult population as well as investigate the effects of the weight scale after a period of years.

WHAT IS COVID-19 AND WHY HAS IT RECEIVED SO MUCH ATTENTION?
END_OF_DOCUMENT_TOKEN_TO_BE_REPLACED