On November 2014, on the first anniversary of the blog Borinqueña, Dr. Greetchen Díaz-Muñoz, its founder, stated the following regarding the strength of Puerto Rico’s women scientists and engineers: “If we had to bet on science and technology to find solutions to our greatest challenges and to promote the growth of our economy, then our country is proudly in the hands of its women…”

The good news are that recently, the Puerto Rico Science, Technology and Research Trust (PRSTRT) added two women experts in research, engineering and leadership belong to its management team: Luz (Lucy) Crespo, an industrial engineer and longtime industry leader was recently named as the PRSTRT’s Chief Executive Officer, and Greetchen, a microbiologist joined last year as the PRSTRT's Grants and Outreach Program Coordinator. 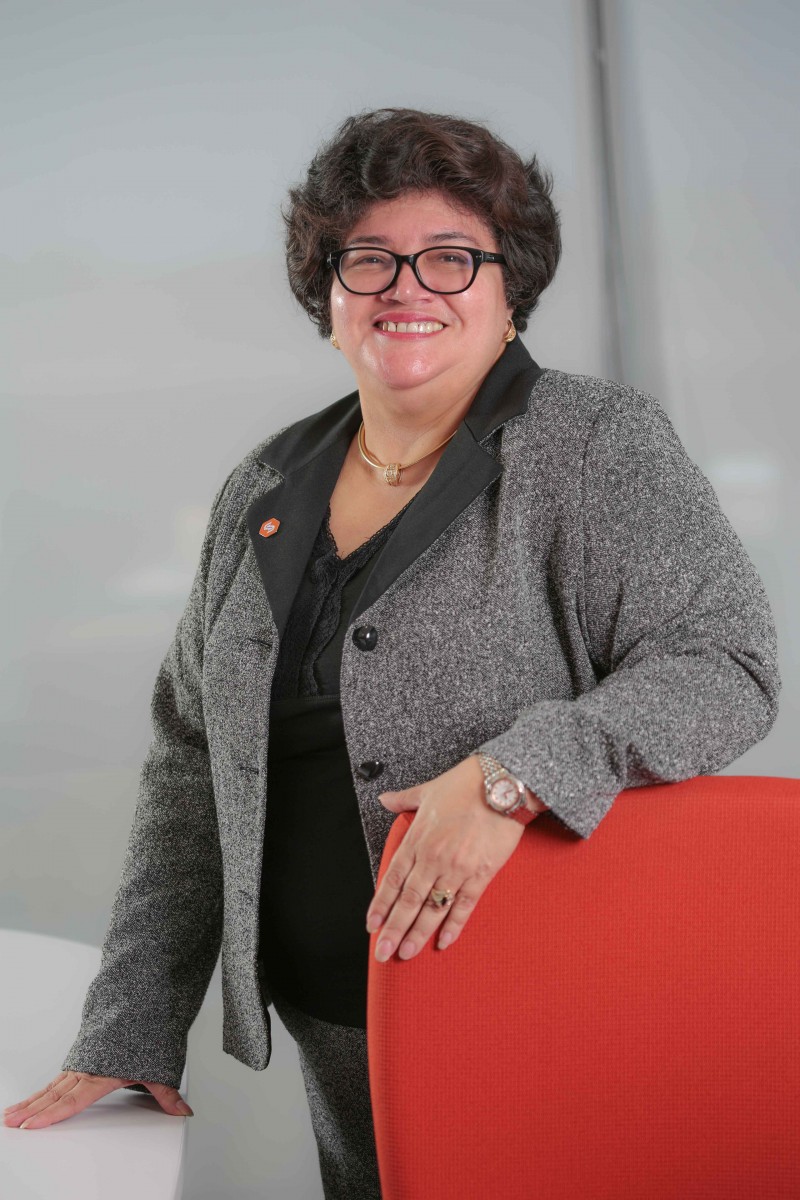 Lucy Crespo worked at Hewlett Packard in Aguadilla, Puerto Rico for 31 years. Before becoming the Trust’s CEO, Lucy was the General Manager of the Business Division. Crespo brings with her a successful career in industry and was the first female president of the Puerto Rico Manufacturers Association.

Like many other Borinqueñas, Lucy attended Puerto Rico’s public school system. She completed a bachelor’s in Industrial Engineering at the University of Puerto Rico at Mayagüez, and then attended the Kellogg Management Graduate School at Northwestern University where she specialized in Executive Development.

“The people close to me know that I am very committed to improving Puerto Rico’s competitiveness on a global scale and contributing to transform its economy. This commitment is what inspired me to accept the PRSTRT’s leadership. I accepted this responsibility with humbleness and with a solid commitment to integrate and coordinate efforts between the public, private and academic sectors through a shared agenda that can accelerate Puerto Rico’s economic transformation in science, technology and innovation” states Lucy.

Before Lucy’s arrival, Dr. Greetchen Díaz Muñoz, our founding Borinqueña and a member of Ciencia Puerto Rico's leadership since 2008, joined the PRSTRT team. Greetchen who was the first scientist in the PRSTRT Management team, has a bachelor and master's degree in biology from the University of Puerto Rico Mayagüez and a doctorate in Molecular, Cellular and Developmental Biology from The Ohio State University. Upon completing her postdoctoral training at the University of Nebraska, she returned to Puerto Rico, after almost eight years away.

After exploring different opportunities and follwing a brief period as a volunteer teacher at the Ariel Massol Deyá La Olimpia Forest School, Greetchen joined the PRSTRT team. “My volunteer work with Ciencia Puerto Rico and Casa Pueblo allowed me to contribute very innovative and important projects for Puerto Rico while simultaneously increasing my professional development. It was those experiences, along with my academic training, that opened the doors for me to lead a project of great breadth in the PRSTRT. I feel very fortunate being part of this great team and of its projects that will impact the country.”

The PRSTRT is the main entity in Puerto Rico responsible for promoting economic development through science and innovation. Its mission is also to define and implement public policy in science, technology and research in Puerto Rico. Starting this year, these tasks will be led by a successful woman.

“Lucy is respected as a professional by people from all science, technology and ideology sectors. Part of what Lucy has begun to do is unifying all of those sectors to make sure that Puerto Rico has a true knowledge economy. My experience working with her has been extraordinary”, says lawyer Iván Ríos Mena, Chief Operating Officer at the PRSTRT.

Lucy Crespo has a very clear agenda of the objectives she will pursue with her team. First, she will promote science, technology and innovation policy and measure progress with indicators of global competitiveness. Second, she will boost science policy to foster the creation of intellectual capital, commercialization and technology transfer. Third, she will encourage scientific talent development, including the attraction and retention of talent from all parts of the world. Fourth, she aims to expedite the development of the science district as a research and multidisciplinary development center that is renowned worldwide. Lastly, Lucy looks to promote an entrepreneurial ecosystem based on our science and technology assets that develops, incubates and feeds new science and technology-led businesses in their initial phases. 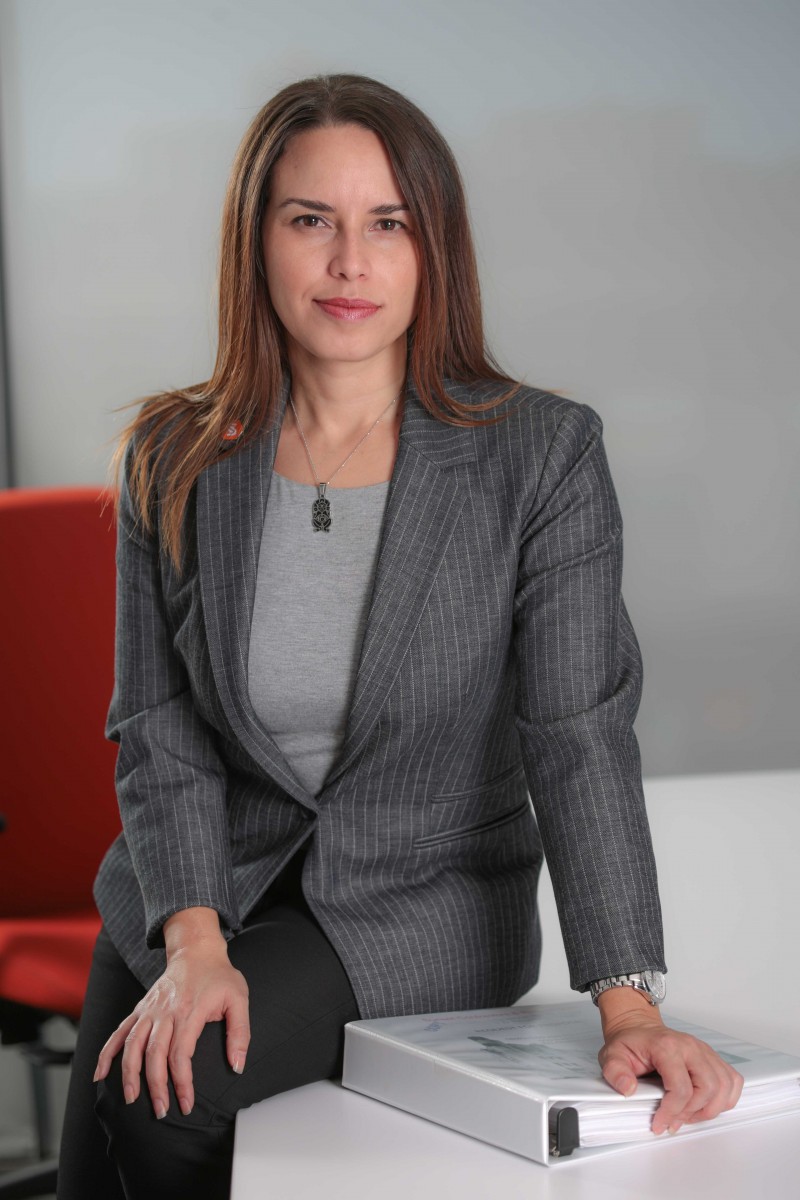 To exert its vision as an agent of socioeconomic change, the PRSTRT recently launched several core initiatives. For example, in the area of science and research, the PRSTRT allocated a total of $4.7 million to create the first local and competitive grants program for scientists and entrepreneurs. This program supports a great variety of projects that range from basic research to technology development for commercialization. The program received 234 letters of intention, exceeding all expectations. The first twelve awards were publicly announced this past April 21st , a historic event in Puerto Rican science. This PRSTRT grants program is spearheaded by Greetchen, and it is part of a greater initiative that includes other types of grants.

“Greetchen has added great value to the PRSTRT. As a scientist she has been able to work with her colleagues very effectively. While coordinating our grants program, one of our most important initiatives, she has managed to put together an impressive team of reviewers and consultants, and implement a competitive and transparent process. She has also allowed us to communicate with many communities that are essential for the PRSTRT to do its job” add Ríos Mena.

A boost to female leadership

According to the census of 2010, women in Puerto Rico are still a minority at the administrative and executive levels. Although Puerto Rico graduates more women than men with bachelor’s degrees in some science and engineering fields, there is still a long way to go in terms of leadership and management positions.

Crespo’s appointment as the PRSTRT CEO and of Dr. Díaz Muñoz as the coordinator of its first grants program represent a great step for the country. These two appointments highlight that we have Borinqueñas in the science and technology sectors with great training and vision, ready to lead our knowledge and entrepreneurship economy. Lucy and Greetchen are also role models to the future generations of Borinqueñas. 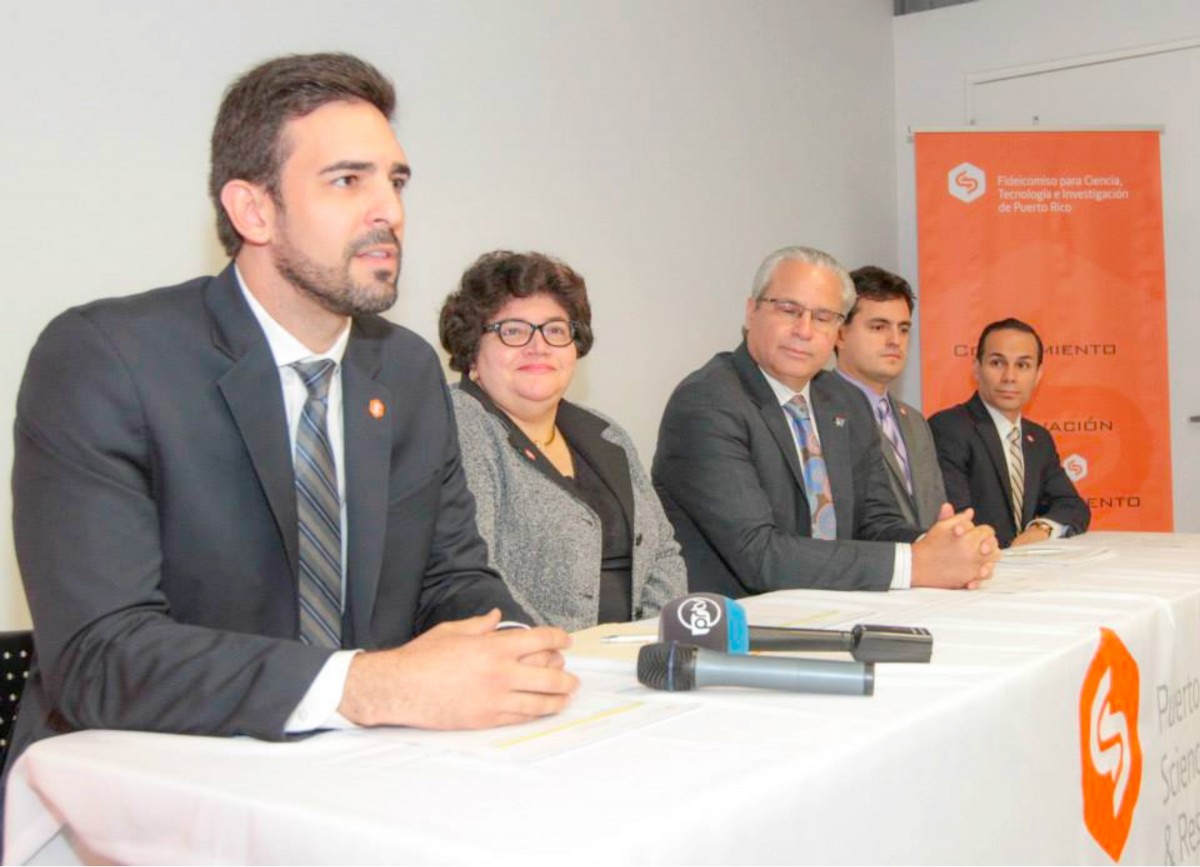 Iván Ríos Mena, Lucy Crespo y members of the PRSTRT's board of trustees

With two Borinqueña leaders in the PRSTRT team, Puerto Rico has finally reached a point in history that is closer to reality; a reality in which women are recognized for the talent, expertise, and leadership that they can contribute to promote science, research and innovation in Puerto Rico.

You can follow Reyna Martinez (@remadel) on Twitter. Borinqueña emphasizes the contribution of Puerto Rican and Hispanic women in science and technology, and provides a space to discuss topics of interest and empowerment for women. In 'What's happening Borinqueña?' we share a variety of experiences and perspectives from women and men committed to promote equality for women in science. Use #Borinqueña to share this story. Do not forget to visit the Borinqueña store.

WHAT IS COVID-19 AND WHY HAS IT RECEIVED SO MUCH ATTENTION?
END_OF_DOCUMENT_TOKEN_TO_BE_REPLACED