Dr. Tara Mandalaywala-Ocasio grew up in a multicultural home full of science that is reflected in her multidisciplinary research on human cognition. From her office at New York University, this accomplished scientist tells us why she has attended scientific meetings since she was in diapers, about her adventures with the monkeys of Cayo Santiago, and what challenges and opportunities she has faced as a Borinqueña blazing a traii in science.

Tell me a little about your personal history, where were you born and raised?

I was raised on the tropical island of Ohio [laughter]. Basically, as far as you can get from either of where my parents were born. My mom is Puerto Rican, so I am half Boricua, and my dad is Indian and they met in Ohio. My father was selling EKG (electrocardiogram) machines on the side to make money for grad school. They met when she, a cardiology nurse, was inserting catheters and he was trying to sell her an EKG machine. It’s so romantic. It’s basically perfect. 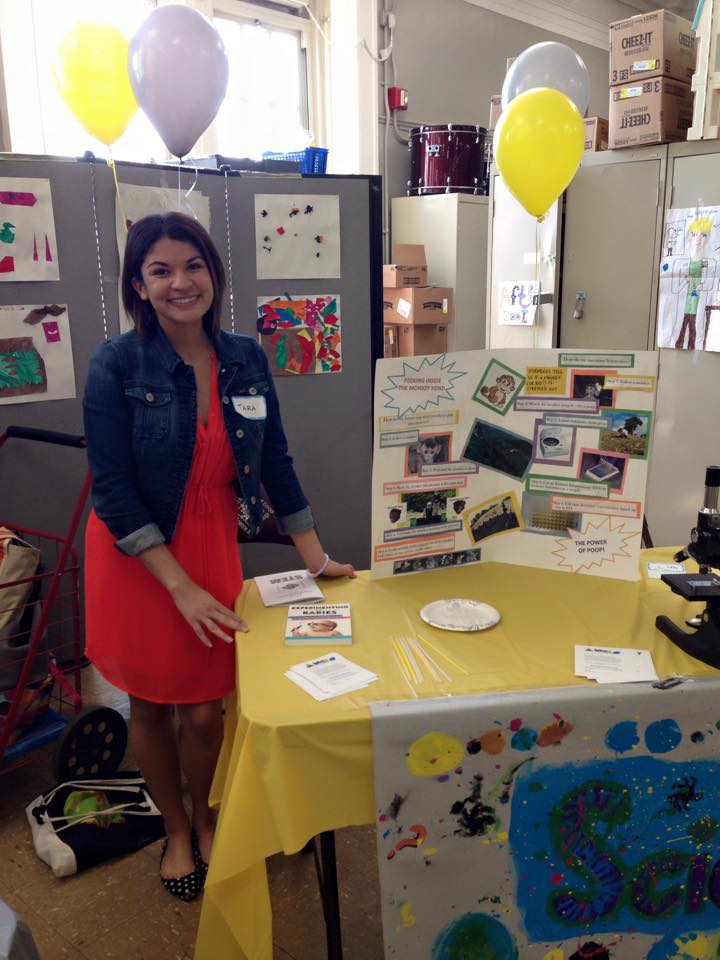 So both your parents had a scientific background. Were you exposed to science from an early age?

Both of my parents are super into science. My mom actually had her degree in psychology. My dad and her started a business. They designed little treadmills and elevated plus mazes for doing research on mice and rats. After school, I would come to my parents’ company and play with my pet mice and do little experiments.

My dad was an exhibitor at the [Society for] Neuroscience (SfN) conference and he would go to sell his products every year. I was born right before SfN and my dad had to leave just after I was born, so he calls me his ‘SfN Baby’. We didn’t have a ton of money when I was little, so the conference was our family vacation.

It’s curious that all these experiences were related to psychology, which is your current research field.

Yes. I always swore that I would never do behavioral research, because that’s what my parents did. I always loved science so I said I want to be a geneticist. And then I got to college and I basically failed my first genetics class. I was in over my head and I said, maybe I don’t want to do this. I took a biological anthropology class, just to check it out; I had no idea what it was. We learned about evolution, primates, ecology and behavior and I said ‘This is awesome. This is so much better than genetics’.

But you have some scientific papers in which you use genetics in your research.

I have. I have worked in some genetics. It’s nice; I haven’t really ever thought about it this way. I am always very drawn to being multidisciplinary, trying to integrate things from multiple fields. I always conceived of that as starting in college, but maybe it’s even further back [because] I have been exposed to all kinds of things.

What lead you to your current line of research?

I worked in a genetics lab at the Duke Lemur Center, where I sequenced a portion of a lemur genome. Occasionally, I would be allowed to go collect the samples from the lemurs and I thought, this is way cooler, to be with the actual animal, instead of just dealing with their spit or their blood. So, I think it was a combination of that [anthropology] class and getting some hands on experience working with the animals that pushed me more towards a behavioral, psychological, anthropological perspective.

What was the next step after your Bachelor’s degree at Duke?

I went straight to grad school. I knew I wanted to work with primates because I was interested in the evolution of sociality and social cognition. A graduate student I was working with at Duke, Evan MacLean, said that I should apply to work with Darío Masterpieri at the University of Chicago [because] he did a lot of work on Cayo Santiago.

At which point I said ‘What? What is that place?’ He told me about it and I said ‘That’s very cool. There’s this island in Puerto Rico that has a bunch of Indian monkeys on it. This seems pretty fitting, actually.’ This place was meant for me.

I had only been to Puerto Rico once, before I moved to barrio Punta Santiago in Humacao, where I lived for three years. I moved there and all of a sudden all these things I would see my crazy family [mother’s side] doing up in Cleveland made so much sense: The little dubi-dubi, wrapping your hair to go to Walmart; it’s not just my family, this is everybody! 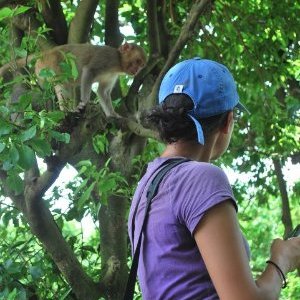 After your doctorate at the University of Chicago, supported the prestigious National Science Foundation graduate fellowship, you arrived at New York University with another prestigious fellowship. But now you work with humans and not monkeys. Tell us about your research.

I have always had an interest in humans that’s why I [studied] the monkeys to start. My main interest was in human evolution. How did humans get to be so different from other species, but then also in what ways are they similar. What are these shared aspects of cognition in particular that seem [to be] foundational and structure the way that all species see the world.

My research looks at how you think about the world and how you view the world, especially the social parts. How is that shaped by the kinds of experiences that you have? How does your exposure to diversity early in life affect how you come to view things like race, class, or gender? What are the consequences of coming to view the world in a certain way? What does it mean to develop a concept of race [at an early age] and do the consequences of developing ideas about race differ depending on what race you are and where your race sits in the social hierarchy.

What opportunities and challenges did your multicultural background –if I may call it that– have?

Yes. Very multicultural. I feel like I was so different, there was no choice but to fit in. I was half Indian, half Puerto Rican living in rural Ohio. There was no one else there like me and I was a nerd on top of everything else and a choir geek. I didn't fit in so much that I fit in.

I had a really positive experience growing up. I was very American in most ways. Born in Ohio, I grew up there. But we still had some traditions. We would go to festivals in Columbus [Ohio] and do garbas, an Indian dance, and wear saris. I can’t speak Spanish very well, [but] there were always little phrases that were uttered around my house and I would [use them] and no one had any idea what I was saying.

What advice would you give to Borinqueñas that want to do science?

For Borinqueñas in Puerto Rico: take advantage of the fact that you’re in Puerto Rico. Puerto Rico is a ridiculously cool place, especially for ecosystem science and [biological] diversity. If you’re interested in naturalistic things go outside and explore your environment.

Find a good support system. It’s nice if it’s your family, but it isn’t always. [In addition to my family], I have a really great set of friends who understand that my career path is weird, and it takes a lot of time [and work] to get anywhere. And you encounter failure a ton. I fail much more than I succeed, but I always have people to pick me up.

Which have been some important mentors or role models in your career? 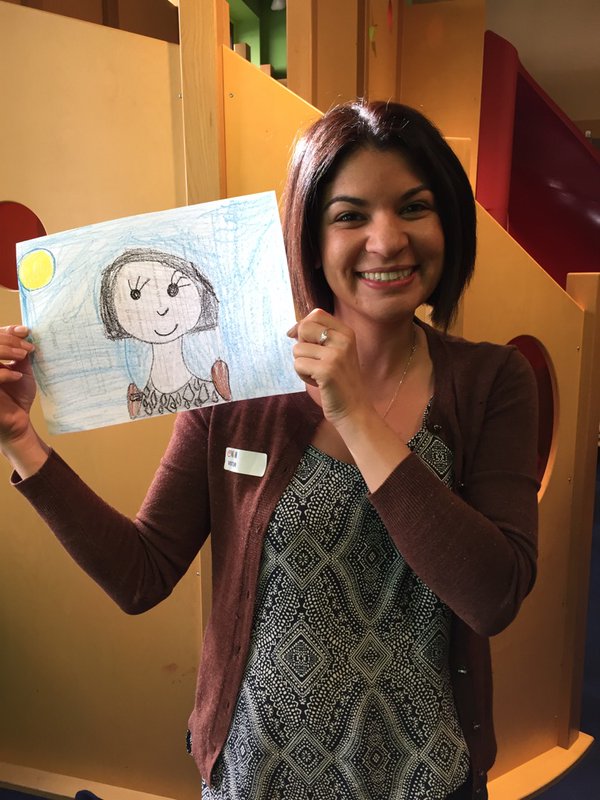 My mom was a super important role model. She was always learning and [had this] mentality that you can never know too much, you can always seek more. I had a lot of good high school teachers, a lot of female science teachers. Ms. Lee was my Advanced Placement Biology teacher in high school. She would host us on weekends at a local coffee shop, helping us to study for our AP Bio exams on Saturdays and some Sundays, after spending all [week]day at school. I feel like elementary school teachers sometimes don’t get enough credit for really fostering [interest in science], because this stuff starts early. If you are told from an early age that you can do science and math and if you work hard you’ll be good at it, then that is [important] to have set in early.

In college, Prof. Christine Drea was amazing, although she never formally mentored me. I got to see through her that the struggle is real and that incredibly accomplished and deserving people don’t always get what they should. But with enough tenacity and support they can accomplish what they set out to do. My current mentor, Prof. Marjorie Rhodes, is phenomenal. She demonstrates really well how to be hardworking and professional, but have a really phenomenal relationship with the people you work with. She has work-life balance down to an art.

In addition to her research, Dr. Madalaywala-Ocasio also works to inspire youth. Among her outreach activities, she has helped youth on the southside of Chicago to fill out  their college applications and taught them all the places research can take you. Today she is a mentor in the program 1000 Girls, 1000 Futures, in which she uses videoconferencing to serve as a mentor for girls in science all over the world. In this way, this successful Borinqueña charts her course in science and supports the next generation of women in science.

Borinqueña emphasizes the contribution of Puerto Rican and Hispanic women in science and technology and provides a space to discuss topics of interest about the empowerment of women. In “I am Borinqueña” we will be interviewing women scientists that are role modelsfor future generations. Learn about their stories andpaths to success. Use #borinqueña to spread the word.

WHAT IS COVID-19 AND WHY HAS IT RECEIVED SO MUCH ATTENTION?
END_OF_DOCUMENT_TOKEN_TO_BE_REPLACED