Advocacy is defined as the act or process of supporting a cause or proposal. In science, this process is vital to create changes and entails the union of the scientific community as one voice. The summer of 2019 has been a historic one for Puerto Rico in all aspects and in this blog, I wish to highlight an event that exemplifies the power of science advocacy in all its splendor: the changes and new appointments to the Puerto Rico Science, Technology & Research Trust (PRSTRT).

It all started in June 2017, when during a weekend, at a night session and without public hearings, the House Bill 1122 (H.R. 1122) was approved in both legislative chambers. This law proposed the dismissal of the Executive Director of the Trust, Lucy Crespo, and the Director of Operations, Iván Ríos Mena, in addition to the dissolution of the Board of Trustees that directed the PRSTRT, a governing body with self-determination, which would be replaced by a Board of 9 members appointed by the now former Governor Ricardo Rosselló Nevares.

Among the proposed changes, while the members representing the government were reduced from 5 to 1 (only the Secretary of the Department of Economic Development and Commerce-DDEC) and members of the private sector increased from 6 to 8, the latter were to be appointed by the former governor and confirmed by the Senate. In essence, this change managed to give complete control of the Trust to the current administration, through their appointments.

Even more, this law also proposed to limit the areas in which the Trust could invest, thus affecting initiatives that fund research and scientific innovation in PR. As a consequence, this law threatened to put at risk initiatives such as the "Research Grants Program", which at that time supported more than 50 researchers in various scientific sectors, trained 127 students, created 6 companies and helped apply for 7 patents, in addition to generating more than $5 million in federal and private funds for projects in PR. Likewise, it put the global accelerator “Parallel 18” at risk, which by 2017 had involved almost 100 companies from 15 countries resulting in the creation of 168 direct jobs within the island. These are just two examples of the many projects that this law could have affected if it was approved.

Upon warning of these legislative actions, the scientific and business community allied to Puerto Rico was activated. This is where the "magic" of advocacy to defend an organization that had proven effective and of great impact for science in Puerto Rico begins. Petitions, op-eds, discussion points (talking points), press releases, and conversations with legislators and government representatives were quickly organized.

For example, the "March for Science PR" group created a petition for Roselló not to sign H.R. 1122 with the slogan "Science, not silence." Likewise, the Board of Directors and 500 members of the Caribbean Division of the American Association for the Advancement of Science (AAAS) expressed their concern and called on the ex-governor to not pass this bill due to the proposed changes to the composition of the governing body of the PRSTRT.

All these efforts paid off and the governor returned the bill to the House to be amended, allowing the Trust to have more autonomy. The new law drastically reduced the participation of the government sector in the work of the PRSTRT from 5 to 2, preserved the ability of the PRSTRT to invest in projects, allowed both the Executive Director and private fiduciaries (6 members) to stay, and gave the Board authority to determine future fiduciaries and its executive director. 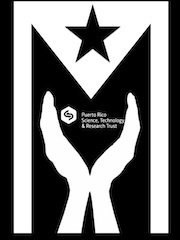 A great battle won for the scientific community. However, not everything turned out as expected. The former governor should only appoint 3 private fiduciaries, after receiving recommendations from the current fiduciaries, for a total of 11 members on the Board. However, these appointments took two years to complete... They were not held until last summer, a day before the governor formalized his resignation. Thanks again to the pressure of the scientific community, despite the chaos of the governor's resignation, the Board of Trustees was finally complete.

For the past two years, the Trust has had an incomplete Board, which has made the work of this important organization difficult. This year, and with the new appointments, a new era begins where the PRSTRT will be able to focus on the priorities that the scientific community identifies necessary to advance science and technology. Even more importantly, this year, in addition to being politically historical for PR, exalts the power of advocacy as a mechanism to generate necessary changes in science. Never underestimate the power, authority, and influence we have as scientists when we unite for a greater good, no matter how long and complicated the journey is!

Luz Milbeth Cumba Garcia is a fourth-year Immunology Ph.D. student at Mayo Clinic Graduate School of Biomedical Sciences in Rochester, MN. She is a Yale Ciencia Academy and a AAAS Science Diplomacy and Leadership Alumni, an ambassador of the Puerto Rico Science Policy Action Network (PR-SPAN), a fellow of the ASBMB Advocacy Training Program (ATP), and a member of Ciencia Puerto Rico.

WHAT IS COVID-19 AND WHY HAS IT RECEIVED SO MUCH ATTENTION?
END_OF_DOCUMENT_TOKEN_TO_BE_REPLACED