Engineering is often perceived as a utilitarian discipline where innovation is only for commercial purposes. However, many engineers work on solving problems of social and environmental importance. This is the case of Dr. Luciano Castillo, Professor of Engineering at Texas Tech University who has devoted his life—and hundreds of publications and various inventions—to improve the production of eco-sustainable energy sources through developing fundamental research in wind energy.

Raised in Caguas, Puerto Rico of entrepreneur parents, Dr. Luciano Castillo always had a curiosity for machines and airplanes, specifically turbines which translate the movement of a gas or fluid into energy: "I grew up around cars because of my father's business, and I was always very curious and fascinated to know how turbine movement worked inside an engine". Since a young age, Dr. Castillo fantasized how to create new inventions that involved movement and energy, so he decided to study mechanical engineering.

Dr. Castillo began his undergraduate studies at the University of Puerto Rico at Mayagüez (UPRM) and then later transferred to the State University of New York at Buffalo (SUNY Buffalo) where he finished his degree in mechanical engineering. He continued graduate studies at the same university, where he completed his doctorate degree in mechanical engineering in 1997: "I wanted to continue school after my bachelor’s degree because I wanted to have the liberty of choosing a subject that interested me to develop something of importance and not have someone pick a subject for me". During his years of studies, Dr. Castillo admits he had difficult times: "Anyone who has been very successful has also had many setbacks. However, those difficult times helped me to become the professional I am today and I am very thankful for those moments".

As Dr. Castillo gained academic experience, he decided to focus on topics of social importance by using his knowledge to improve the way we produce energy from sustainable sources such as the wind, so as not to depend on oil, coal, and other non-renewable sources of energy that also contribute to pollution.

His interest in wind energy began in 2006 while he was a professor in the Department of Mechanical, Aerospace, and Nuclear Engineering at Rensselaer Polytechnic Institute after assigning this research topic to his Puerto Rican graduate student Raul Bayoán Cal, who is now a successful professor at Portland State University. The project done in collaboration with Johns Hopkins University and sponsored by the National Science Foundation Energy for Sustainability Program (NSF-CBET) was one of the first studies of wind behavior as it goes through fields of turbines used for the production of energy. 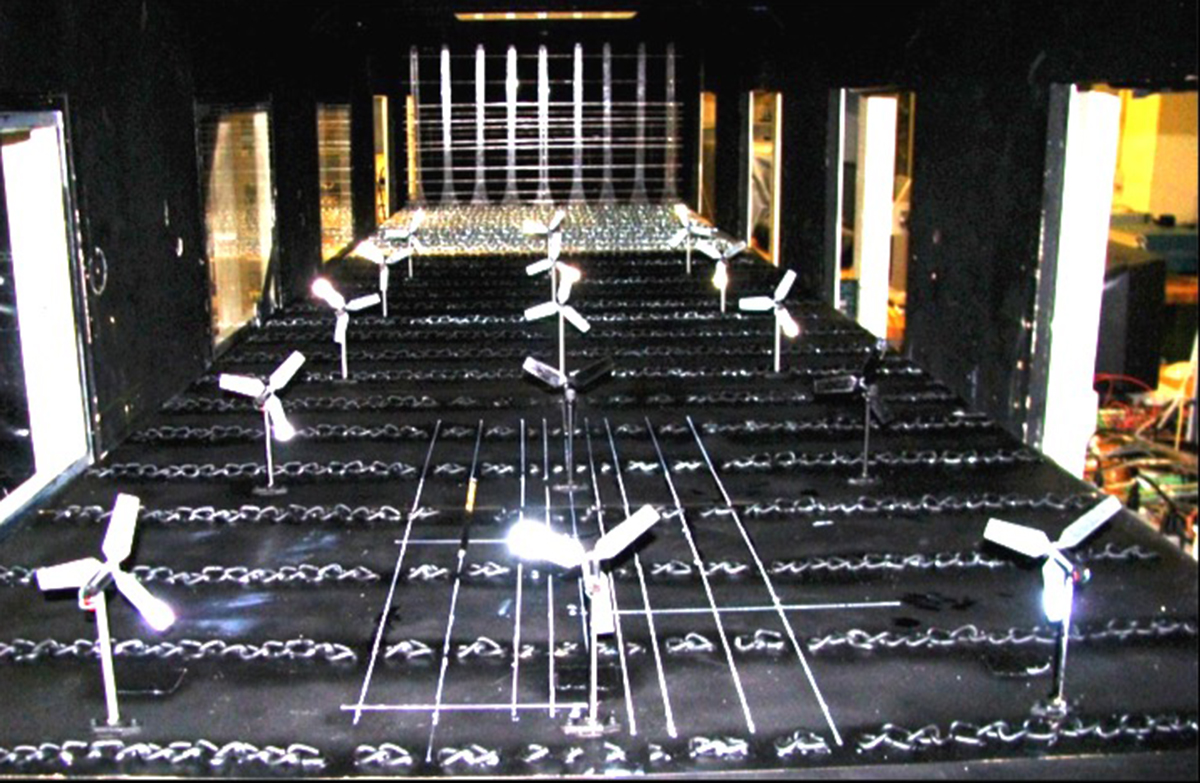 Since then Dr. Castillo has obtained extensive funding from the NSF for many of his projects. He has focused his research on improving the efficiency of wind turbines for energy production: "In the next 10-15 years, the use of wind energy will increase significantly. Currently, water is employed in most energy systems today. Periods of drought are required for renewable energy systems, such as wind energy, to be considered serious". His knowledge on wind energy has led Dr. Castillo to think of how to promote this type of energy on the island: "I believe that wind energy is an option that should be taken seriously in Puerto Rico. The economy is being severely affected by the high cost of energy, and that cost could be lowered drastically by wind energy".

In addition to his academic achievements, Dr. Castillo has been a mentor to hundreds of high school, undergraduate and graduate students, and more directly through programs created to promote the participation of underrepresented groups in science and engineering. One of these programs was the Summer Research Institute on Energy and Medicine, an 8-week long program founded and directed by Dr. Castillo, that during 2013 and 2014 impacted 68 students, 85% of which were from underrepresented groups, and that produced 3 new technologies and even a new business.

During his tenure at Rensselaer Polytechnic Institute, Dr. Castillo also founded a diversity program sponsored by the NSF to establish collaborations with Puerto Rico and to increase recruitment and retention of females and minority students in engineering academic positions. “The program was created to prevent minority students from going through some of the difficulties I had in school, since some of the resources available today were not available to me” states Dr. Castillo and adds “Having a mentor that helps you to overcome obstacles is the key to success for any student”. During his time at this university, the program granted doctorates to 25 minority students, 10 from Puerto Rico, many of which have become very successful academics.

Throughout his career, Dr. Castillo’s innovation and dedication to mentoring has been recognized with several awards including: the Martin Luther King Jr. Faculty Award in 2002, the Robert T. Knap Award from ASME is 2002, the NASA Summer Faculty Fellowship in the same year, the Don-Kay-Clay Cash Distinguished Chair of Engineering, and in 2013 he was elected as Fellow of the American Society of Mechanical Engineers. 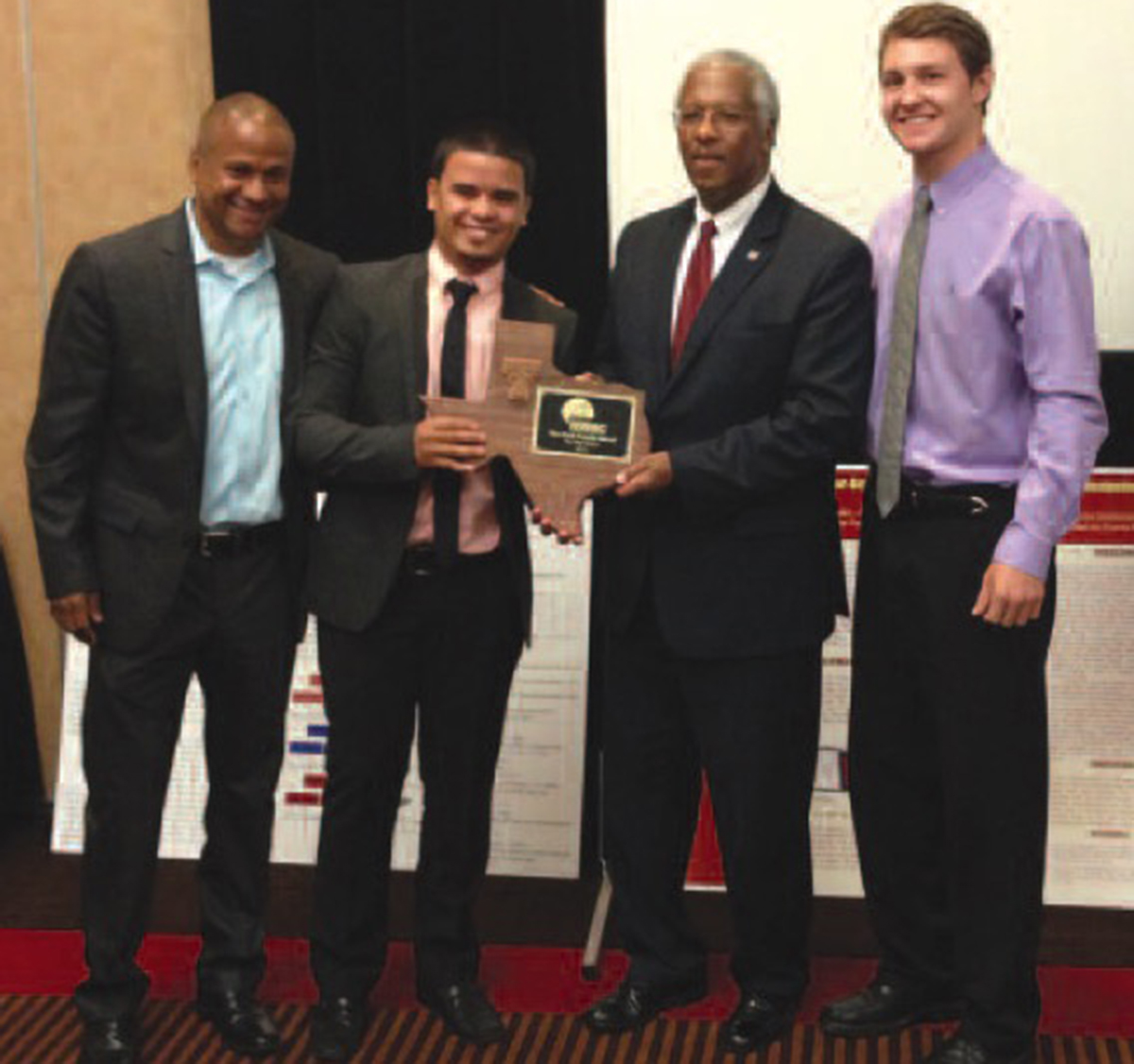 Despite Dr. Castillo’s achievements, his experience with wind turbines continues to drive him to think outside the box and to find engineering applications for other problems that affect our society. Recently, Dr. Castillo developed a patent to help access medical records in case of an emergency. This invention integrates medical information derived from databases and various systems into one single interactive platform. Health being a major problem in Puerto Rico, Dr. Castillo is looking to bring this technology to the country with a specific focus on elderly patients

Dr. Castillo firmly believes that science and engineering, and the thousands of professional members of communities like CienciaPR help can help in solving the current energy, health, education, water, and environmental problems that currently affect Puerto Rico. “In science and engineering lies the solution to our crisis. Developing new technologies to reduce the cost of energy, to improve our health system, to create new businesses with the talent of our science and engineering students, and educating the next generations in science, technology, engineering and mathematics (STEM) fields is the key to propel our country to a brilliant future”, concludes Dr. Castillo.

To learn more about Dr. Castillo visit his profile at CienciaPR.

WHAT IS COVID-19 AND WHY HAS IT RECEIVED SO MUCH ATTENTION?
END_OF_DOCUMENT_TOKEN_TO_BE_REPLACED