PDF version
Uldaeliz at the CienciaPR at an open house of the American Chemical Society (ACS).

As part of the 10th-anniversary celebration of Ciencia Puerto Rico, we have been collecting stories from our volunteers to celebrate them and the work they do while also sharing with you the team's future vision for CienciaPR.

We want to remind you that the crowdfunding campaign #ConCienciaPR is still active! If you haven’t had the chance yet, please help us continue with our science education and promotion initiatives.  Please visit bit.ly/ConCienciaPR to make your donation. Thanks!

Today, we share the story of Uldaeliz Trujillo Rodriguez of San Juan, who has been a volunteer for CienciaPR for 3 years.

- How did you hear about CienciaPR?

In a Student Forum.

- What initially motivated you to volunteer for CienciaPR?

My motivation was to contribute to the advancement of science communication in society and the satisfaction of working in a team and being equally valued for your contribution regardless of your level of education.

- What projects or initiatives have you been involved with? Which was your favorite?

I’ve participated in the following projects:  Outreach at Antolina Velez School, Science gatherings through Google Hangouts (“Tertulias Científicas”),  and Seeds of Success (“Semillas de Triunfo”).  I have also represented CPR in different educational forums like the ones held by the Puerto Rico Chapters of the American Chemical Society (ACS) and the American Association for the Advancement of Science (AAAS), and before the Department of State of Puerto Rico, among others.

My favorite project has been the Tertulias Científicas.

- What motivates your continued involvement?

I am motivated to keep helping, giving back from what I have received, and seeing how the effort pays off in the development of our youth.

- Briefly, tell us a story that you treasure or particularly remember as a volunteer.

The first time I approached CPR I was very curious about alternative careers to the “bench" but I also had many insecurities because in PR this is not the traditional career path for a graduate student. I still remember the excitement I felt knowing that the opportunities were out there, waiting for me, and the only thing that kept me from achieving my goals were my fears.

So, after talking with them and receiving advice and words of encouragement, I decided to apply for some of these opportunities, for example, to be a constituent of the Coalition for Ecology and Biology to participate in the “Congress Visiting Day” to serve as a lobbyist for a cause: to defend before Congress the importance of scientific research and the allocation of funds to support it.

But for me, the mission was larger than this because at that time the University of Puerto Rico was going through a crisis because of some problems associated with improper handling of research funds awarded by the NSF (National Science Foundation). Without thinking twice, I jumped into this great challenge; it was the first time that I got involved in scientific public policy. Suffice it to say it was the best experience of my life and the beginning of many other opportunities.

Sometimes I wonder what would have been my path if I hadn’t crossed paths that day with CPR. Certainly, I had not gone to Congress but even more so, I would still be wondering if am able to do any of those things.  CPR has left an indelible mark professionally and personally;  there is no greater obstacle in life than self-doubt. 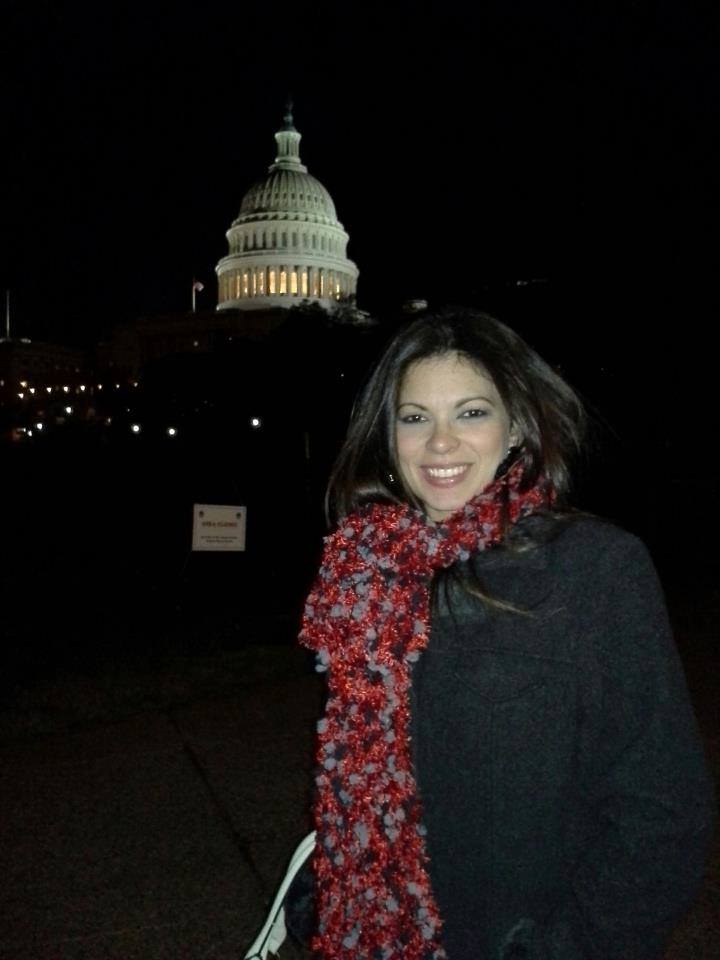 - How has volunteering with CienciaPR helped you at a personal or professional level?

Volunteering with CPR has given me the tools to develop professionally by establishing a mentoring network and participating in leadership roles and science communication initiatives which are key to my development.

- What does CienciaPR mean to you?

CPR is "an example to follow", an initiative of how a group of talented Puerto Rican scientists have combined their knowledge to promote scientific education and in the process, becoming a pioneering model recognized by the White House and adopted by major educational institutions such as Yale University.

- If you could focus on a subject to improve for the benefit of the Puerto Rican scientific community, what would it be? How could CienciaPR help achieve that goal?

A subject that I’m interested in is exposing youth at an earlier age to real research experiences, something beyond science fair projects.  In many cases, due to the limitations of the education system, children have no access to these resources.  The potential of some of these young people to enter and contribute to science in Puerto Rico and the world is lost because of the lack of opportunities and exposure.

- What initiative would you like to implement to improve Science Education in Puerto Rico? How can CienciaPR help implement this initiative?

One good initiative would be to establish a partnership with the Department of Education in Puerto Rico to do outreach activities in schools, e.g. educational forums, leadership workshops, etc., so that both teachers and students learn "first hand" what a Puerto Rican scientist does and the myriad of possible science professions.

WHAT IS COVID-19 AND WHY HAS IT RECEIVED SO MUCH ATTENTION?
END_OF_DOCUMENT_TOKEN_TO_BE_REPLACED